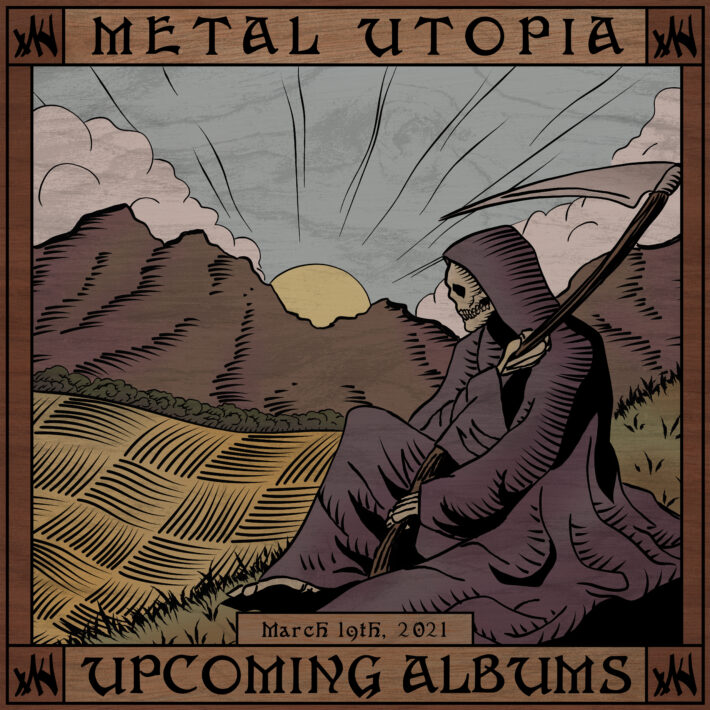 Oh my, another release from a cosmic black metal veteran on the same day? Must be christmas. Those who didn’t have much patience for his ambient synth stuff will be happy to return to some black fucking metal.

Biolume Part 1 was a masterpiece that which left a permanent impression in my mind with its cosmic atmospheres coming from Tartarus’ depths; on the day it was released I was already waiting for its sequel.


Chaz is looking forward to Demiser’s Through the Gate Eternal:

This early contender for album of the year from these South Carolina black thrashers is a wild, drunken, hypersonic ride to hell, careeing down a path forged by Motörhead, Venom, and Destroyer 666.

One of the great figures of cosmic black metal is back with a new record. Expectations are high and considering the stellar (heh) discography, there’s no need to fret.


Tightly executed progressive sludge metal in the vein of Mastodon, Baroness, Anciients, etc. Their debut album, 2017’s “Asheran” was top shelf stuff and I expect the same this time around.

I’m interested in this EP only because it’s from the singer of System Of A Down, otherwise I would have quickly brushed it off, given the uninteresting titletrack; I’m a huge SOAD fan though, and Tankian’s previous solo albums were okay, so I feel like I’m compelled to check this out.

After a full-length and an EP in the past two years, Bart’s Batushka releases yet another EP. Regardless of whether this is or isn’t the ‘real’ Batushka, I’m curious to hear their new material.