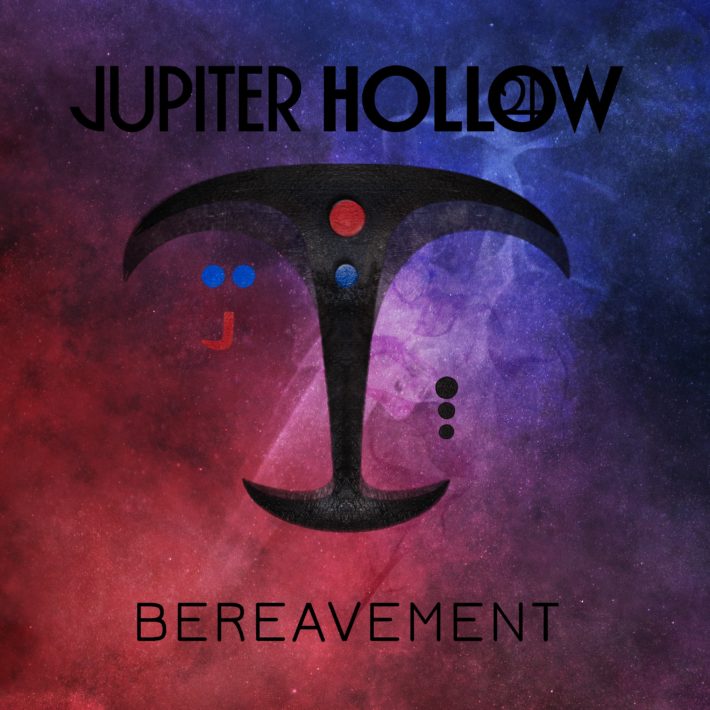 I’ve always felt kind of iffy about The Two Towers. Both the movie and the book. As the second part of the trilogy, they rely on the audience knowing what happened in the first piece, but the major payoffs of the series are not given to the consumer until the final piece. As such, The Two Towers is given the dubious task of working both as a stand-alone piece of art, and also as a bridge that is part of a larger whole. This difficult-to-achieve dual nature is the bane of all who attempt to create large expansive works, and many creators, from superhero movie makers to Robert Jordan, have seen their works sag under their own weight as they try to solve this conflict. Bereavement, by Jupiter Hollow, is a continuation from the band’s previous album. I’m going to judge this as a stand-alone piece, but you should know that a larger context for this album exists. Whether that context helps or hurts this release is speculation on my part, but throughout this album it feels as if Jupiter Hollow bit off more than they can chew.

Jupiter Hollow is a prog rock band following the traditions of Dream Theater and Fates Warning and adds a slight atmospheric push. Their music blurs the line between rock and metal, although in several places throughout Bereavement the band veers sharply into one style or the other. Clean singing dominates the album, with only a few rough growls changing that. The band follows what is now the traditional prog sound, and if that feels like a contradiction, there is no attempt to resolve it here.

The album opens in near-silence, and takes its sweet time moving away from there. Opening track “L’eau du Papineau” remains quiet and acoustic. The guitar playing keeps the listeners interest throughout the piece, and it prevents the song from sinking. The second track, “Scarden Valley,” follows a similar path, starting from quiet piano and vocals and gradually building to a more metallic noise as the song continues along its path. There’s a nice guitar solo thrown in there, and Jupiter Hollow shows confidence in their songwriting. That confidence pays off, as even though the track doesn’t ever really pick up steam, it provides a quiet and subdued journey for the listener that is worth the time spent listening to the track. The dissonance in the last few moments of the song, however, promises a harsher future.

“The Rosedale,” the third offering from Bereavement, gives a louder start. This is where the flaws to this album start showing up, as the song makes Jupiter Hollow sound like Pearl Jam on Prozac. Here, Jupiter Hollow starts to move past their cozy main riff a few times, but never manages to move beyond the sight of comfort. It’s a pleasant enough riff, but they stick with it for far too long. Jupiter Hollow sounds like they have ambitious intentions to their music, but that ambition never materializes in an impressive way. They’re trying to be both an expansive, progressive band, and also a catchy rock band, and they are not deft enough songwriters to mend those two halves together in a satisfying way. At least, not at this point in their career.

The feeling of unmaterialized potential that surfaces during “The Rosedale” continues for the rest of Bereavement. In several places, Jupiter Hollow sounds like they’re trying to mash up Thank You Scientist and Meshuggah. If done slightly differently, it would be amazing. They have scattered moments of brilliance throughout Bereavement, waiting to be found like peaches in a pile of apples. These moments never manage to connect or form a coherent sound. Throughout Bereavement there is a ton of wasted space that shatters any chance for tracks to build on each other. “Mandating Our Perception,” for example, does nothing for the album or the surrounding tracks.

On a more positive note, the musicians forming Jupiter Hollow are quite excellent. The previously-mentioned guitar solo in “Scarden Valley” avoids many of the problems that metal guitar solos often have, and throughout the album every instrument got across some subtle flairs that didn’t need to be there for the album to be complete, but made me a much happier listener. I was not a fan of the vocals at all, but the singer seemed quite confident and never lost control of his various wails. If these vocals are more your style, that may be a saving grace for you.

Throughout Bereavement, there is great writing, great performances, and a great vision. It just wasn’t enough to make me care. These various elements of the music never come together in a satisfying way, and that great vision is not realized. I enjoyed moments all throughout this album, but that’s all they were: moments. Never the whole experience.