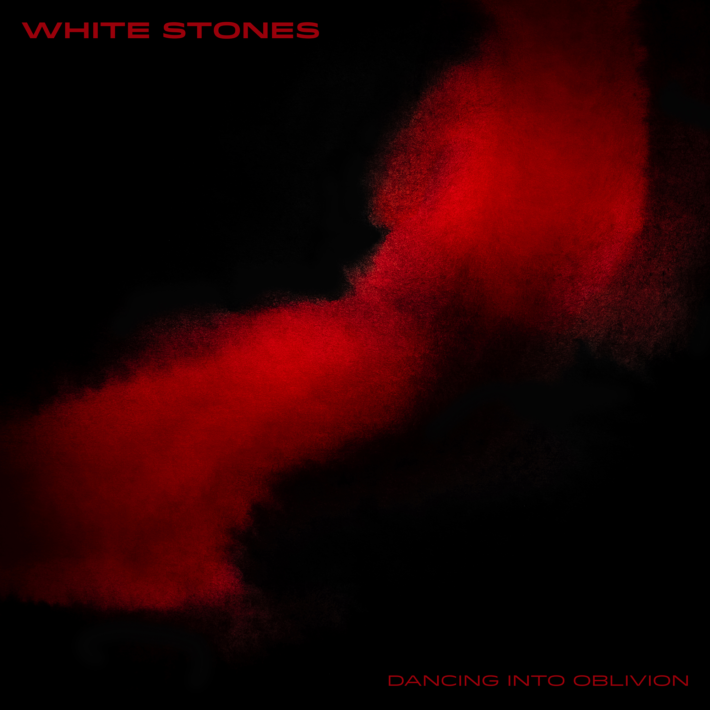 The musicians that make up Opeth rank among some of the best in the world. Virtuosic performances are found across their entire discography from both current and former members, all of which as shaped the world of metal and progressive music. Love them or hate them, their talent is undeniable.

Martin Mendez is no exception to this rule, with his musical prowess adding to Opeth’s musical identity for over twenty years. After discovering Opeth via Ghost Reveries years ago, the bass playing was one of my favorite things about that album, next to the drumming. As much as I would love to discuss my undying love of Opeth, this is a review for the new album Mendez’s death metal project White Stones. While it is definitely not Opeth, fans might find something for them in this record.

Dancing Into Oblivion is the very definition of a “grower, not a show-er.” After my initial listen, I was left with a feeling of, “Wait, that’s it?” Bands within the world of extreme metal have tendency to lean towards the “bigger, louder, faster” mentality. Faster blast beats, louder guitars, more strings, crazier time signature switches (in the prog world); all for something heavier. This isn’t necessarily a bad thing, and many bands have crafted and executed incredible records with this mindset. I came into the record with that feeling in mind, and it took me a while to realize what the band was doing. White Stones goes the other direction and asks a different question: can they make a heavy record with “less?” Repeated plays eventually revealed the brilliance of this record and answered that question with a resounding yes.

I’m resisting the urge to call this album “stripped down death metal,” but that’s kind of what it is. Just drums, bass, guitar, and vocals. No more, no less. This gives the album so much space in the mix, and they resisted the urge to fill it with 27 tracks of guitars and other stuff. All this room allows the individual performances of each instrument to shine and allow the listener to appreciate the talent that is White Stones. Each part is intricately written, and it’s this aspect that makes this record really neat. It’s like looking at a building that appears unremarkable on the outside, but upon walking through the door, you see all the little parts that come together and gives you a whole new appreciation for something you might have known about.

While I started this review singing the praises of Martin Mendez’s abilities, the drum performance from Joan Carles Marí Tur. Not only does he execute excellent death metal parts, he effortlessly plays groovey jazz styles when appropriate, such as the beginning of “Iron Titans” or “Woven Dream.” There is so many dynamics to his playing, and the performance is perfectly captured and not obscured through samples and triggers.

Speaking of production, I briefly mentioned it earlier, but it is of particular note. Through my headphones, it sounded like I was sitting in the room with the band. I heard each individual drum, the strings from the guitars, and perhaps the room itself. It sounds “natural.” Not sterile or squeaky clean, and certainly not muddy. The performance from the musicians is the center of attention, and that’s what the recording has captured; the performance itself.

This is a more subtle record, and that will be a turn off for some people. Dancing Into Oblivion will take a little patience, and those who appreciate wonderful musicianship and composition will get more enjoyment out of this.