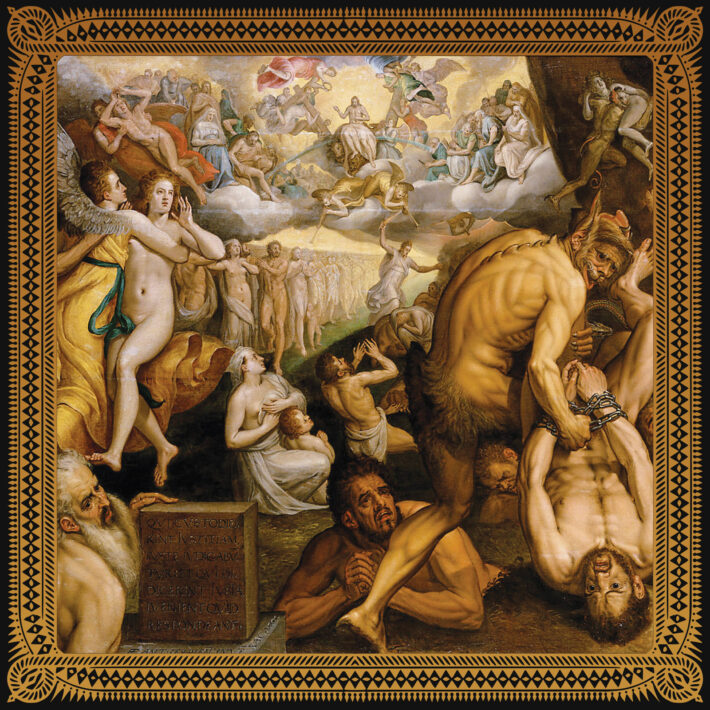 “Music that is not afraid to flirt with metal.” Good summary from the promo blurb. No one will mistake Self-Deification for the new Corpsegrinder record, but there is some DNA that binds the two. Inhumankind have created an ambitious record that sometimes feels as though it should be better than it is.

Inhumankind are a Spanish group revolving around the flute and double bass, and Self-Deification is their second record. Their music shifts from scattered and spontaneous free jazz to structured neo-classical passages with choral backing. These choral passages are the previously-mentioned moments of scandalous glances shared with metal, mainly via familiar chord progressions and some powerful piano plonking. The record was mastered by Colin Marston because of course it was.

Both styles on Self-Deification work well on their own. The free jazz parts are, well, free jazz. The genre is definitionaly obtuse. Inhumankind inject some fun into their sound as well. More than anything else, Pablo Selnik and Alex Revriego just sound like they’re having a blast without regard for any preconceptions of what a record such as this will be. As such, I found it easy to get lost in the wind, with no memories but pleasant and whimsical whispers of what happened. Sometimes this tests my patience, but often it is simply pleasant.

The classical sections rotate between similar flute and double bass sections and the previously mentioned piano and choral sections. These choral sections are a nice break from the flute dominance of the rest of Self-Deification, but the writing makes it work. Compared to the complexity of the flute and double bass sections, the simplicity of the metal-influence progressions sounds like the clouds parting and the sun shining on my dumb caveman brain. Some flute and piano sections, like the middle of “Ginnungagap,” sound simply beautiful as well.

This mish-mash only works because every musician involved plays their instrument with precision and excellence. I cannot stress enough how solid every single musician sounds the whole time. I just listen in awe of the styles displayed here. The flute especially flows effortlessly over whatever cacophony rests below with exactly the right tone and flair needed in the moment.

Sometimes, though, these performances don’t translate into results and the record sounds worse than it should. First, the album falls into the typical free jazz pitfall of wandering around aimlessly. For the most part I’m happy to relax and wander with the band, but on some listens I wished they’d just get on with it.

More importantly, the choral and flute sounds don’t always mesh well together. The sporadic wandering of the flute highlights how bare-bones the chorus can be at times, and the shadows of metal albums makes me keep anticipating that Self-Deification will grow into something more than it is. On the other hand, the choral sections can make the more high energy flute sections sound like an entropic mess. Both styles of music Inhumankind create highlight the band’s excellence, but to the record’s overall detriment.

The passages such as the end of “Love Parasite,” which are simultaneously spastic flute sections and highly structured, are the most fascinating. These moments lose the metal DNA and some of the fun spontaneity, but they most fully show what Inhumankind can do. This is a band that combines excellent musicianship with unique and intriguing writing, and although not every moment connects the way it needs to, I can’t stop thinking about this record.

Although the playing on Self-Deification is excellent and the record works perfectly on paper, Inhumankind’s writing sometimes gets in their own way. Still, if you’re interested in jazz, modern classical music, or how far off the beaten path music can be while still having people refer to it as “metal-adjacent” with a straight face, here you go. None of these issues get in the way of Inhumankind’s fun.