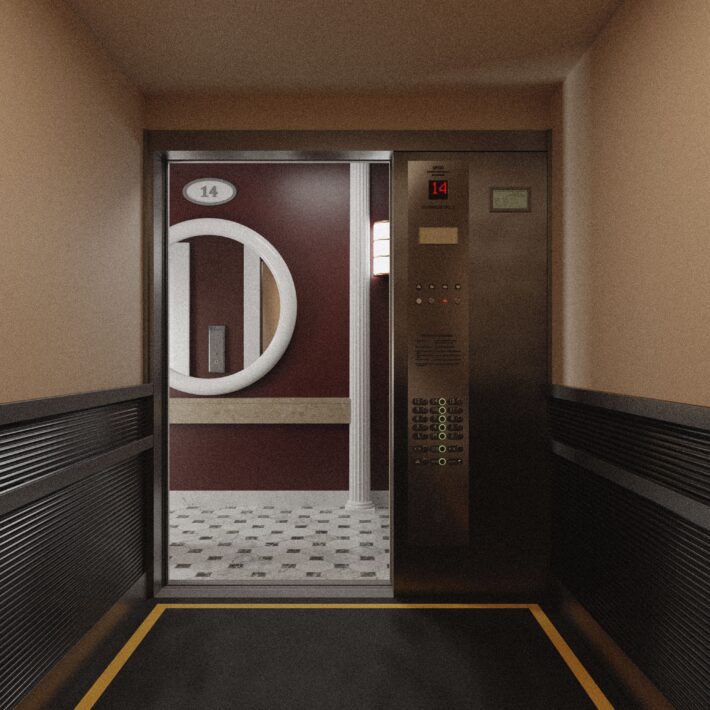 Spider God are a new-ish melodic black metal band from the UK. Since 2002, they’ve released four EPs, four splits, and an album full of “poisoned pop covers” called Black Renditions that featured black metal versions of Backstreet Boys, Britney Spears, and others. Black Renditions. Though intriguing and very well executed, Black Renditions felt like more of a gimmick than anything else. The band is now releasing their sort-of debut full-length record called Fly In The Trap, which gives them a chance to realize their potential and prove that they’re more than a quick gimmicky joke. Now Spider God can hold down a full-length release that belongs entirely to them.

In short, they succeed. From the opening riff of Fly In The Trap, Spider God show that they have plenty of talent with which to write their songs. The opening riff of “The Fifty Second Murderer” is catchy and enthralling, and prepares the listener well for the rest of the record. This opener reminds me of another melodic black metal debut from earlier this year: Vorga’s Striving Towards Oblivion, which has remained one of my favorite black metal releases of the year. Outside of both records being debuts, both making a great first impression, and both being heavily thematic records, both records make use of the bright side of black metal, with sharp guitars, clear production, and a brash tone.

While the songwriting on Fly In The Trap relieved me, the performances were never in doubt. Spider God can play. The band continues their previous trend of crisp, varied music that avoids the black metal trap of hiding behind on guitar distortion, howls, and blast beats instead of learning how to play with articulation or rhythm. Spider God lift themselves above the dark, cobwebbed basement and shine through their complete approach to performance.

However, an issue nagged me about these performances. Nothing really stands out. None of the players will blow your mind, instead they simply fit well together and shine in their roles. There is nothing wrong with setting aside individual shine for a good cause. I just want to listen to my arachnids and eat them too. Fly In The Trap could have been even better if the band had approached this recording with a little more arrogance. The band certainly has the talent to achieve this without falling victim to wankery, and I’m optimistic that they will land there eventually.

If you look for new music that pushes the envelope, don’t even bother crawling this way. While I greatly enjoyed Fly In The Trap, nothing here sounds even remotely original. I spent some time comparing Spider God to Vorga above, but I only made the comparison as these are both records that I recently reviewed. Fly In The Trap is melodic black metal, straight down the middle, and you will not find any surprises. Again, nothing wrong with that. But Fly In The Trap would have been more impressive if Spider God could have pushed their limits further while maintaining their songwriting and performance mastery.

Spider God have proven themselves to be a full black metal force. Shove the Spice Girls and splits aside, Fly In The Trap is a fleshed out and nasty record. I recommend this to any black metal fan who can stand music that was recorded outside of someone’s bathroom, as well as anyone who stays away from black metal because they think that it’s all recorded inside of that same someone’s bathroom. I will be sure to check out Spider God’s next release as well, be it full of covers or new music.