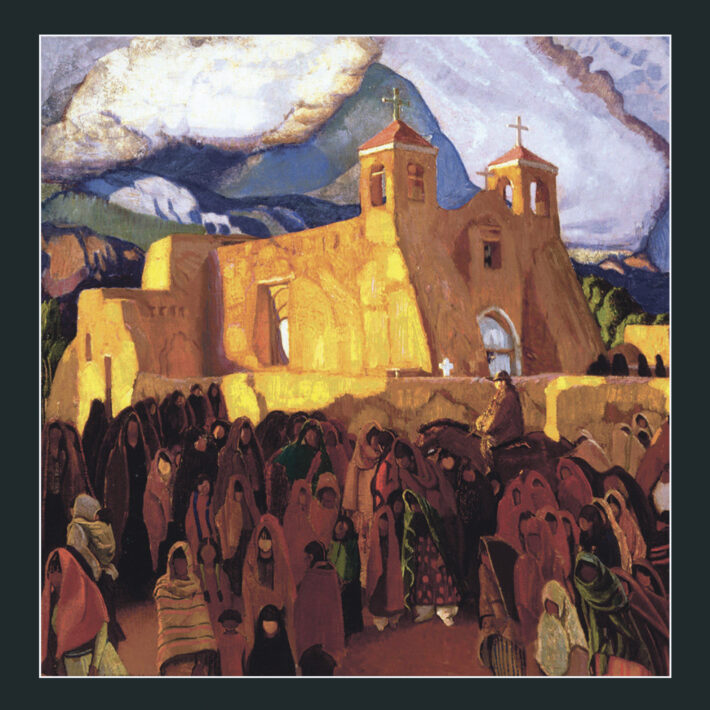 Vancouver’s Vital Spirit are a bit of a unique quantity in today’s black metal scene. As opposed to the conventions of the genre, this Wormwitch side-project bases their theme on the sunny American southwest. In particular, their lyrics cover the American Indian wars, from the mid-18th century to the late 19th century, and referring specifically to the Pueblo, Apache, Comanche, and Navajo peoples of Texas, New Mexico, and Arizona. The songs on Still as the Night, Cold as the Wind describe historical events of the Native tribes’ conflicts with Spanish, American, and Mexican armies in roughly chronological order.

Despite buried vocals and harsh tremolo guitars, Vital Spirit develop and maintain an epic feeling throughout – namely due to the great riff writing. It’s not quite melodic black metal, but it’s certainly melody-driven, as the driving tremolo guitar and aggressive drumming combine to recreate the intensity of combat. Leading track “Blood and Smoke” sets the mood, as the aggressive guitar work describes a triumphant resistance, mirroring the lyrics about the destruction of the San Saba Mission in 1758 and the Comanche’s fervent opposition to Christianity and Spanish colonization.

Subsequent tracks “Bad Hand” and the single “Dawn of Liberty” follow a similar theme, as they both describe historical combat between Native tribes and the American army. “Dawn of Liberty” describes the Taos Revolt of 1847, in which New Mexican Hispanos and Pueblo natives sought to resist American occupation. The album’s cover art depicts the Taos Pueblo church, the site where the Pueblo rebels took refuge while under siege by American forces.

Utilizing guitar motifs as well as acoustic interludes with traditional instruments, Vital Spirit cultivate an authentic Southwestern atmosphere. Even without the lyrics steeped in history, you can still easily picture the desert plains of New Mexico as you listen. The interlude “Saccharine Sky” contributes to this the most, as their execution of the acoustic Americana vibe is spot-on. I can attest firsthand, since I grew up in Arizona, and in many ways this album reminds me of home. The final track describes the Red River War, which would lead to the surrender of the Comanches and the end of the free-roaming tribes of the Plains, and serves as a bittersweet conclusion to the album.

Not only is Still as the Night, Cold as the Wind a well-done album, it is also an important album. There is a ton of history in these events, and in the broad history of the Indigenous tribes in general, that isn’t taught whatsoever in schools. This record tells stories that deserve to be told, that have largely been washed away from American consciousness. Despite (presumably) not being Indigenous themselves, Vital Spirit manage to tell these stories in an authentic and compelling way, out of respect for the history and the people, while managing to write a really good black metal album along the way.