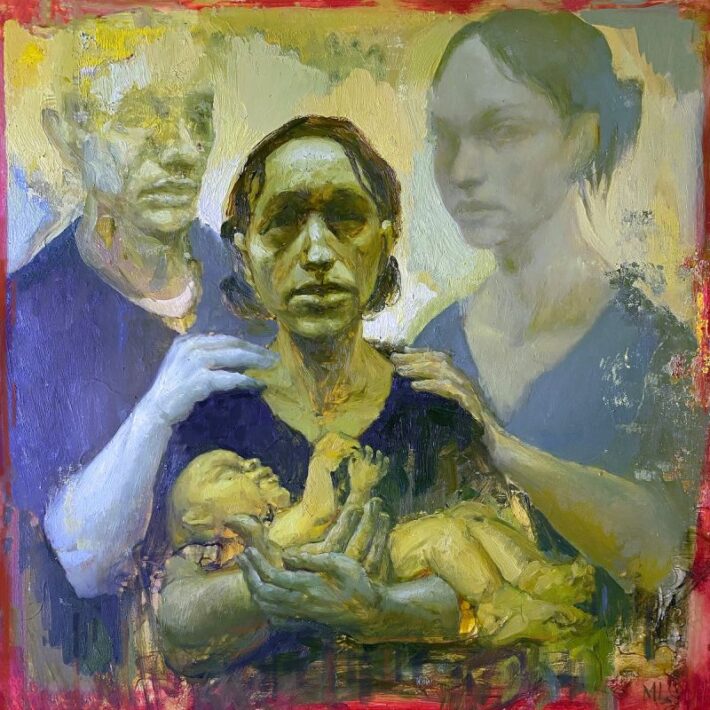 Pallbearer is a band that got itself in a bit of an uncomfortable position regarding its reception. The Arkansas quartet proved that they weren’t happy with keeping their sound safe and consistent. Each album delivered something new, a shift in sound from the previous one, while still keeping the general philosophy of sombre doom metal. Many bands do this of course, to better or worse effect, but Pallbearer is in the situation where their debut, “Extinction and Sorrow” was such a huge hit with which fans instantly formed a strong emotional connection, fully understandable due to not only a superbly crafted and insanely heavy doom record, but also a very heartfelt one. Their popularity soared, and they eventually landed a deal with Nuclear Blast, a major metal label.

All considered, this seems like a recipe for many disappointed fans, who strongly resonated with their debut and even follow-up, but couldn’t find the same feeling in the new releases. This especially came to fore with Pallbearer’s third album, “Heartless”, their Nuclear Blast debut and notable shift from inscrutable heaviness towards a more subdued, alt rock inspired sound with slightly faster tempos and intricate melodic guitarwork (though don’t get me wrong, it was still properly hard-hitting doom metal). The fandom was divided, with some (including myself) welcoming the stylistic changeup, noting how well executed it was, with others crying out that this is not the Pallbearer they know and love. And since there’s no lack of elitism in metal fandoms, accusations of selling out for a major label deal were also heard. There was also a middle ground, with fans who considered “Heartless” okay, but were worried that Pallbearer were losing their edge. In this context, the next album was always going to be a test for Pallbearer. Were they going to manage to keep their old fans or drive them away for good? Were they going to return to their old sound to the wishes of the many, or will they further go the way of for example Katatonia and Anathema towards more of an alt rock sound? There were many questions, and it is now finally time to answer them.

Here are the results. “Forgotten Days” is certainly not a repetition of “Heartless”. Neither did it go full-on alternative rock. It is also not a full return to “Sorrow and Extinction” or “Foundations of Burden”. But it’s also not something completely new. It is instead a sort of middle ground, a return to the super-heavy sound of the old albums combined with everything Pallbearer employed on “Heartless”. It is in a way a recap of their career, because all you heard on previous releases, you’ll hear it again on “Forgotten Days”.

The years of experience show not only in the variety of techniques used, but in the quality of the songwriting as well. Not every song out of the collection of eight is top-notch stuff, some unfortunately being filler, but a couple are surely some of the finest-crafted that Pallbearer did so far. The opener “Forgotten Days” immediately signals the renewal of the super-heavy sound with a slab of feedback, pounding drums and crushing riffage, coupled with a gnarly traditional doom vibe throughout before finishing with the Pallbearer-trademark melodic dirge we know and love. The second track, “Riverbed” is a “Heartless” throwback taking good advantage of the louder production. The first two tracks clearly state the album’s compositional direction, and if you’ve been bought this far, you’ll like the rest. If you haven’t, and you get through the filler “Stasis”, you’ll be greeted by “Silver Wings”, a song has already been lauded as the highlight of the album and possibly one of the best Pallbearer ever did. It’s the pinnacle of the combination of old and new Pallbearer, playing and successfully combining both of their strengths in a heart-wrenching 12-minute epitaph. If nothing, you should check the album for this track alone.

I’ll skip talking about the rest of the songs because your opinion of the album will probably be formed by the first four and you’ll have a good idea if you’ll like the whole package or not, so check them out (that is not to say there are some great tracks in the second half, of which I’ll just point out “Vengeance & Ruination” and “Caledonia”). I’m also skipping ahead because it’s nigh time to talk about the elephant in the room of this album, and trust me the metaphor of the elephant is wholly apt. It’s the mixing.

Like I said, “Forgotten Days” takes cues from older Pallbearer material, not only in technique, but most importantly in sound. The album sounds much, much heavier and denser than its predecessor “Heartless” and is more akin to the sheer magnitude of “Sorrow and Extinction”, which one could guess will make the fans of the old stuff happy. Well, that might not quite be the case. I fully understand the sound they were going for and I believe the producer Randall Dunn (who already has a pedigree in producing heavy stuff) did a great job in drawing out the appropriate sound for Pallbearer’s vision. What’s the matter then? Well, I’m not sure who mixed and mastered the album and what exactly were they thinking, because it’s. So. Fucking. Loud. Bits compressed to shit and turned to 11. I pray you don’t listen to this album on a sound system with an overactive subwoofer because you’ll quickly turn off this noise waterlogged in low-end. Even if you listen to it on something more balanced, you’ll quickly notice how all the intricate details of the compositions are just drowned in loudness, and some heavier parts of songs are just a chore for your ears. This really mars all the effort put into the composition, obscuring it and for some, according to opinions floating online, makes the album feel bland. Maybe the idea was to emulate the “Sorrow and Extinction” levels of heaviness, but that one had a much more organic and pleasant sound with all instruments harmoniously arranged in the mix. Compared to that, “Forgotten Days” just fall apart. If someone truly wanted to marry old and new Pallbearer, I’d wager they forgot the mature band learned many tricks along the way and has a much more intricate and detailed sound, something that was bound to be drowned in the loudness. The idea is good, the execution failed.

For this reason, unfortunately, I’ll have to dock a few points from the final score of the review. Not just because I oppose the idea of the way the album was mixed, but because it’ll certainly limit my willingness to revisit the album, as I’m sure it will for many other fans. I’m kind of disappointed how it all turned out, because as you’ve read I lauded the album in the first half of my review, only for all those qualities to be disparaged by the inadequate mix. Still, I have hope, because the idea was quite worthwhile and could’ve brought forth a Pallbearer masterpiece. It’s still not too late though, as Pallbearer has proved they’re a band that learns from experience and continues to evolve. Considering all they’ve gone through, the elements are there for a true masterpiece, and the future of Pallbearer still looks bright.