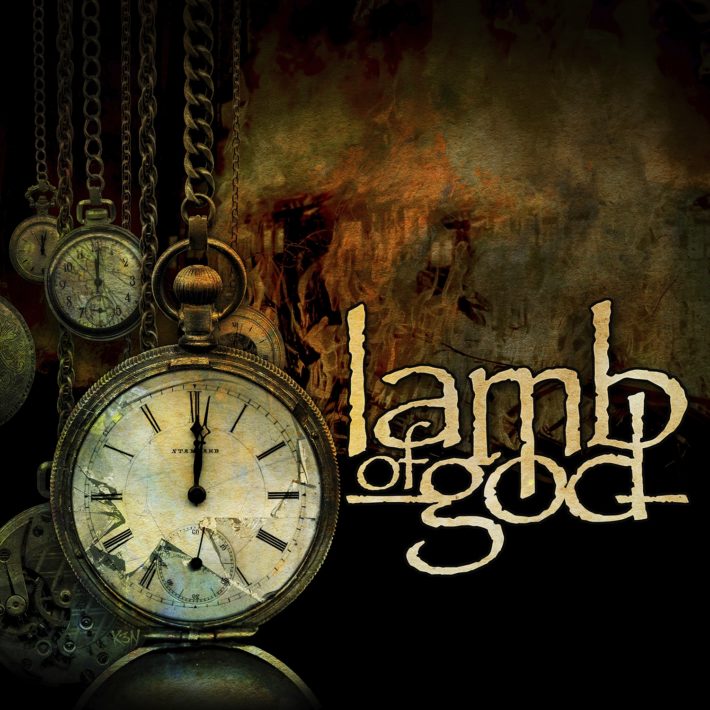 Making a self-titled album is always an intentional statement on the part of the band. Sometimes, it is a rebirth. An older band, deciding to mark the next chapter of their career, will use a self-titled release to warn their fans that there is either something completely new coming up or a return to roots on their new album. Other times, it is a statement that the band really doesn’t feel like going through the effort of naming their album, and they know it doesn’t really matter because they’re big enough to sell albums no matter what happens. Enter Lamb of God.

For anyone who doesn’t know, Lamb of God is a groove metal band from Virginia that has achieved pretty much everything that any metal band could realistically dream for. They are one of the most popular, well-selling, critically-acclaimed bands of the 21st century. Their first four albums under this moniker, running from New American Gospel through Sacrament, are in my opinion the best streak of albums that groove metal has ever produced (with apologies to Gojira and Pantera). Since then, however, they have hit a bit of a snag, as the 2010s saw them release some mediocre albums, lose Chris Adler, and that whole thing with Randy Blythe’s manslaughter charges. The road leading to their self-titled release has been quite bumpy.

There are no surprises on Lamb of God. This album, like all of their previous efforts, consists of fairly concise groove metal tracks that lean heavily on repeated notes in their riffs and guitar work, as well as some extra flair in their vocals and drumming, to punch above their weight class in terms of aggression and energy. There have been some minor changes to the formula, but you could lay this album next to As the Palaces Burn and hear the straight line from the past to the present.

That line is a long one, and there’s no getting around this: these guys are getting old. In the distant past sits the snarling arrogance of “Redneck” or the rage-wrapped sorrow of Ashes of the Wake. They’re still trying, of course. But more effort is needed to achieve the same result. As a part of the aging process, Lamb of God appears to have lost some of their focus as well. This might just be nostalgia, but Ashes of the Wake seemed to be talking about specific people and specific injustices. Now they’re writing about how genocide is bad. While true, this does not pack the same punch and leads to tracks that sound less like “Now You’ve Got Something to Die For” and more like “We Are The World” or that dumb Little Dicky song from a while back. Yes, some of the references, such as the ones aimed at Trump, target specific people at least. But overall their anger is diffused.

Lamb of God is a band at their best inside their comfort zone, and they seem to know it. The few times they try experimenting with their sound, such as the painful intro and outro riff of “Resurrection Man” and the too-long intro of “Memento mori,” the results range from boring to disastrous. For the most part, though, they stick to their sound. The results there are pretty great. Nothing will blow you away, but they still know how to write great riffs, follow that up with great choruses, and stay out of their own way. Mostly.

This will not be anyone’s favorite Lamb of God album. But fans of the band should have no problem enjoying it for years to come. Some of the bizarre problems with their previous releases have been fixed, and the result is quite pleasant if still pocked with minor issues. This was not the rebirth, return to roots, or daring effort that self-titled releases sometimes are. However, when the result is this fun, I don’t really mind.