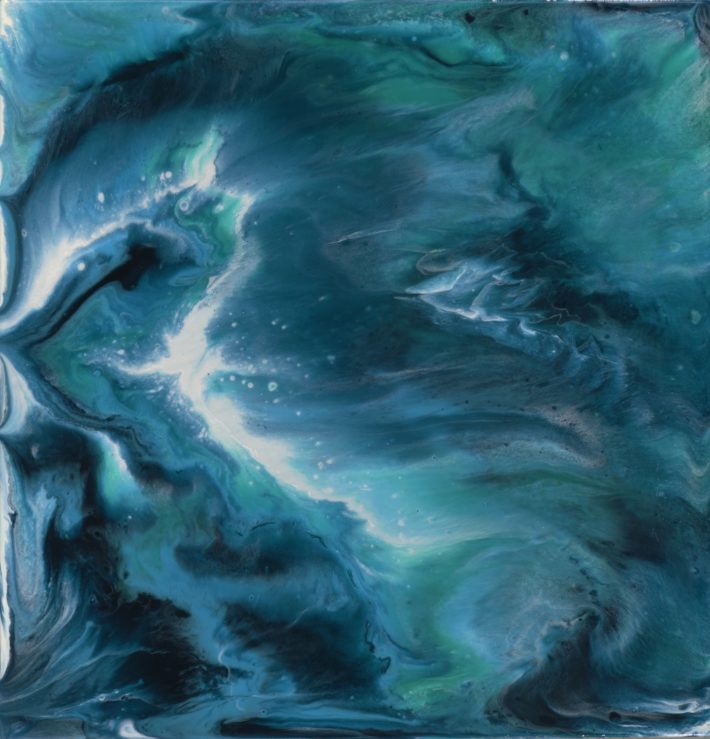 We live in a post-truth world. It doesn’t matter what the truth actually is, or even what people believe the truth is. All that matters is what people respond to as the truth. This has permeated every aspect of our society, even affecting trivial things such as what genre a piece of music belongs to. This is a roundabout way of saying that when I tell you Raphael Weinroth-Browne’s new solo album Worlds Within should be grouped in with metal albums for reviews, and I give reasons for that such as that Raphael has played with a bunch of metal bands in the past, and that when you listen to the album enough times you can convince yourself that it sounds ever-so-slightly like one of those dark ambient albums that are inexplicably also accepted as metal albums, you don’t need to tell me that I’m lying. I know I’m lying. It just doesn’t matter as long as the outcome is me getting to review this amazing album and you getting to listen to it.

Raphael Weinroth-Browne has travelled within metal circles for quite a while, having worked with bands such as Altars of Grief, Woods of Ypres, and Leprous among others at varying times in the last decade. The promotional material claims that Worlds Within contains “elements reminiscent of…metal,” but they are also clearly lying straight to your face. This is a contemporary classical piece through and through. Apparently, every sound on Worlds Within was made with a cello, which is somewhat dumbfounding as there are some percussive noises that I would never had traced back to a cello without being told. Worlds Within is meant to be experienced as one piece, as various tracks are simply variations on a theme. This album is apparently about the relationship between time and motion, although judging by Raphael’s statements, the theme is relatively loose. This can be taken into account or ignored as much as you want due to the instrumental nature of Worlds Within.

Raphael presents a master class on how to successfully use repetition on Worlds Within. As a line or rhythm is repeated, either within a single movement or from track to track, something is always shifting underneath. Sometimes it is the dynamics, sometimes it is a counterline, sometimes it’s simply the tone of the cello. Whatever the changing musical aspect, this shift always casts a new light on the repeated line, keeping things interesting with almost no downtime throughout Worlds Within. Helping with this lack of downtime is the variety of sounds on the album, as some semi-percussive pizzicato or other, more percussive sounds help keep things structured just when the music threatens to turn to mud.

Emotionally, this album feels beautiful, dark, and vulnerable. A sense of doubt or anxiety lurking in the back of one’s mind was present throughout. Unfortunately, there wasn’t a whole lot of variety in the mood, which can sometimes happen with variations on a theme, but Raphael spends enough time exploring the landscape that he’s chosen to write in that it doesn’t really matter. As much as I’d love to hear him go through some more light-hearted music, I may just have to wait for his next album for that. The extra time spent exploring the emotions present is well spent.

There are some downsides here, as there are on every album. First, Raphael leans into a specific suspension way too often, and it lessens the potential effect. Second, Raphael’s name is kind of long and difficult to spell, leading me to give up on writing the whole thing out part way through this review. Other than those issues, though, everything’s pretty great.

It’s easy to forget that classical music has had a long, long time to grow. The shoulders of the giants that Raphael is standing on here are far taller than the equivalent for contemporary metal bands. However, the skills displayed here, the impressive songwriting, and the lack of weak moments are undeniable. If you are at all interested in a solo cello album, don’t let this pass by.