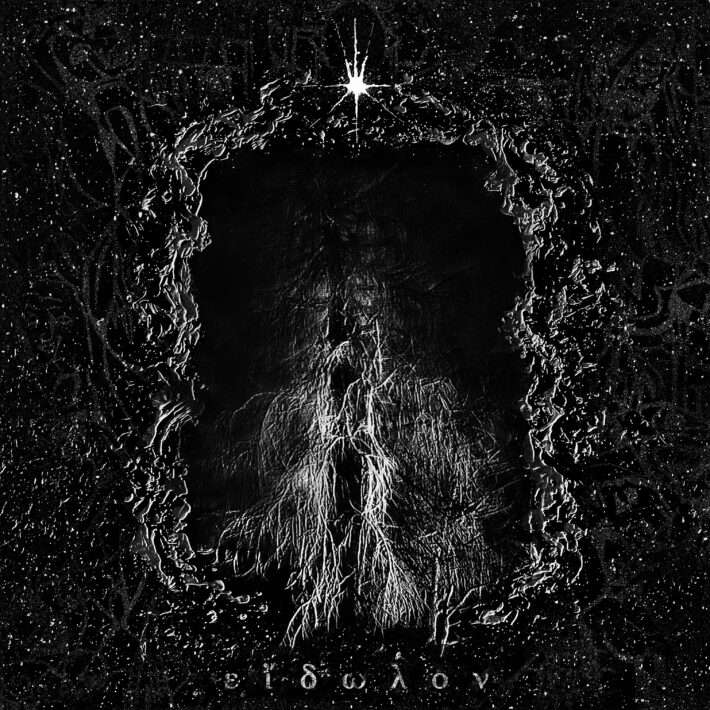 Eidolon contains large swings in sound. Most tracks spent significant chunks of their time out of the realm of black metal entirely, instead consisting of ambient noise. Many black metal musicians attempt to spice up their blast beats with ambience or more esoteric forms of noise, and most fail miserably. Benthik Zone completely flips this script. Their best work consists of their weirder moments. Om Eidolon, this band approaches every moment with intricate care, and as a result the interludes that could have easily poisoned this record instead give it its strength.

The noise and ambient sections of this record work partially because of how varied they sound. I never felt as if Benthik Zone were rehashing ideas or letting the fact that they use dynamics at all do the heavy lifting. Instead, every moment sounds written and varied. Despite this variety, Benthik Zone never sound like they’re going off the deep end or wandering aimlessly. Their ability to write focused variety is admirable.

Songs on Eidolon work as cohesive pieces instead of individual sections of electronic music stapled to black metal riffs. Benthik Zone put tension into their sound, mainly by combining classic dissonance leading to occasional resolutions with more modern stylistic shifts between their approaches. And these shifts are smooth as hell. Benthik Zone can start with nothing more than a single hushed instrument and end with a pounding, shrieking black metal banger without you ever realizing that they started adding on instruments.

Notice earlier how I said that Benthik Zone “flipped the script” instead of just saying that they wrote good music? Yeah. All that buildup and tension is great, and the non-black metal aspects of this are commendable, but completely flubbing the actual black metal sections of this black metal album is the unfortunate trade-off. Eidolon builds tension, which continues to build and build, and then the sounds all resolve into nothing. When the actual village-razing blasts start up, I get bored and lose interest. When tracks end they just sort of awkwardly stop instead of coming to any sort of conclusion.

Eidolon just keeps going on and on. The record only lasts for forty seven minutes, but I was done after thirty on every listen. I may have felt differently if the tracks had any meaningful resolution. Maybe this is just a case of incredibly subtle songwriting that I don’t understand yet. Eidolon clearly just isn’t for me, at least not in the current moment. I appreciate the concept, and I adore how much these guys did write. But too much of their writing just didn’t click with me and too many of their songs left me wishing the album was over. I can’t give this a positive impression.

Someone, someday will be able to appreciate Eidolon for the subtle and creative work that it is. But that person is not me, at least not right now.  I bounced off of Benthik Zone hard. Eidolon shows promise, and I wanted to like it a lot more than I did, but the album’s impressive strengths did not add up to a satisfying sum to me. I’ll recommend this to anyone looking for weirder, progressive sounds in their black metal. Despite all my negativity, Benthik Zone do have quite a bit to offer.