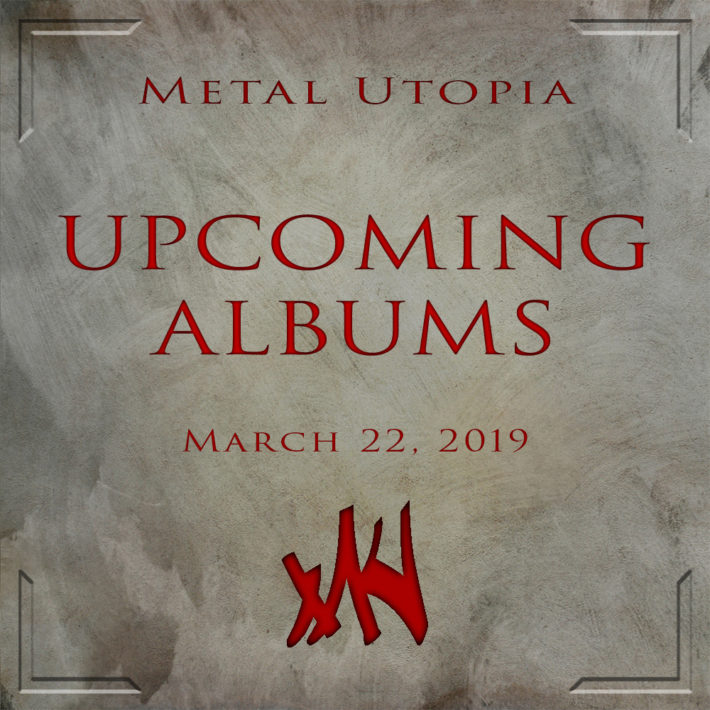 Connor is looking forward to Bloodbound’s Rise of the Dragon Empire, Megadeth’s Warheads on Foreheads, and Waylander’s Eriú’s Wheel:

Already the eighth record from the prolific power/heavy metal group.


This will be the first album in seven years for the Irish folk metal band.


Eric and Rutger are looking forward to Drawn Into Descent’s The Endless Endeavour:

Atmospheric black metal, sometimes verging on black gaze, from Belgium. I love the guitars and the vocals on the tracks I’ve heard. Sometimes the drums feel a little cold, and it isn’t very experimental or mind-blowing. Although, if you’re into Deafheaven or any of the other trendy black metal/black gaze bands, you might dig The Endless Endeavor.

The second studio album of the atmospheric black metal band from Belgium. I saw them live about a year ago at a local venue and liked them enough to add their patch to my battle jacket, so I’m interested as to how their new album will be.

Ashen Horde is a great progressive black metal vehicle for Trevor Portz that I was lucky enough to stumble upon right around the release of The Alchemist. I’ve been impatiently waiting on Fallen Cathedrals since it was announced.


Draghkar’s compilation of previous material is finally here! Raw and rough death metal with some great live tracks to close out the album.

The ex-frontman from Saratoga’s third solo full-length. It’s been a while since I heard anything from him, so it’ll be fun putting on this record.