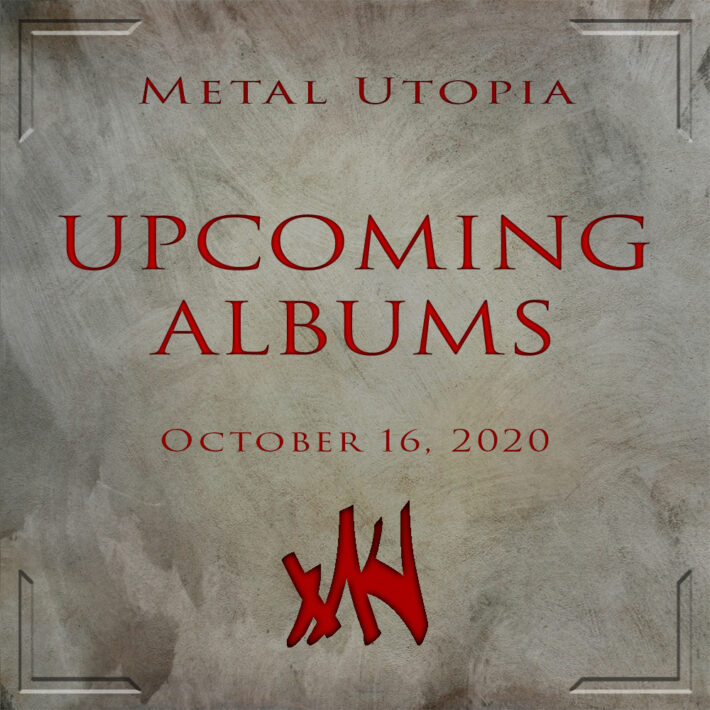 Sean, Chris, and Leon are looking forward to Spirit Adrift’s Enlightened in Eternity:

Spirit Adrift live in the past. They have put out 3 albums of doom/trad. metal that feel like they came out in the early 80s in the beat way possible. This new album is sure to follow this same trajectory and will certainly maintain the quality that the band has exemplified thus far.

Their past two albums have helped solidify Spirit Adrift as a heavy hitter in the doom world. If they continue to bolster their unique lyrical themes with some of the best harmonized-dueling guitars around, we are all in for a treat.

Spirit Adrift released some of the best heavy/doom albums of the past five years (very busy release schedule and they released an album last year too!) I have no doubts this one will be up to par.


Sean and Chris are looking forward to Wayfarer’s A Romance with Violence:

Blending Black Metal with Western Folk, Wayfarer have made a name for themselves as one of the best bands blending these genres. This new album is sure to continue the hot streak the band has been on, and if the singles are any indication, this may be there best album yet.

Wayfarer’s last album was like the wild west faded to black. They have created a distinct sound that leaves the listener stranded in a desolate desert and then they freeze it over with a coldness that only black metal elements can provided. I’ve been looking forward to see where Wayfarer goes next for a long time.


Chris is looking forward to Nightstryke’s Storm of Steel:

Finnish metalsmith’s Nightstryke let loose with some solid traditional heavy metal on their debut album “Power Shall Prevail”. It sounded like music from a basement in the best possible way. Their sound is simple, straightforward and understated and but sounds like damn good metal to me. Let’s hope this album is as fun to listen to as it’s predecessor.


Leon is looking forward to Benediction’s Scriptures, and Sons of Otis’ Isolation:

UK death metal legends are back after a 12-year hiatus with original vocalist Dave Ingram resuming his duties (not that Dave Hunt of Anaal Nathrakh fame didn’t do a great job on a couple albums). High hopes for this one.


Canadian stoner doom active since the early 90’s releasing a new album after eight years. Some of their stuff is the heaviest, sludgiest music you’ll get anywhere, and hopefully this one satisfies.