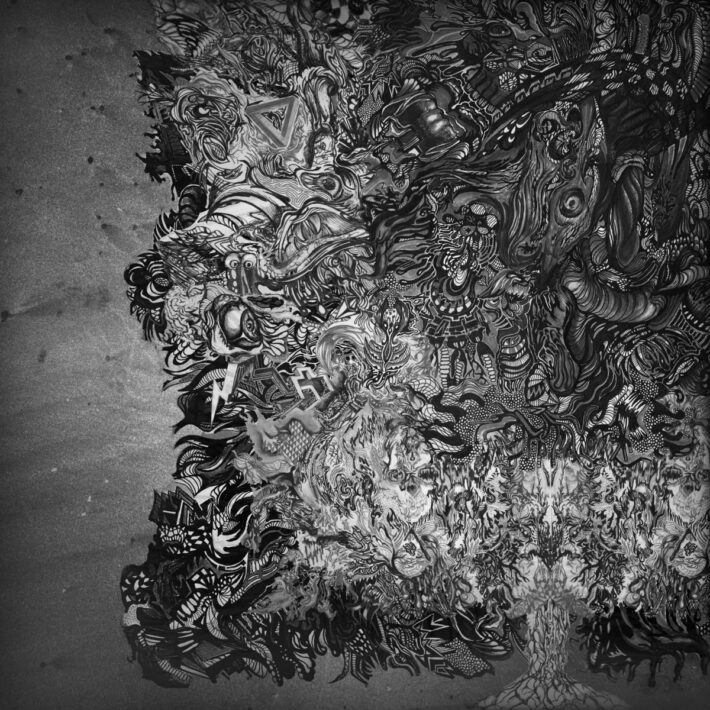 Music can have many purposes, but above all else, it brings pleasure to the listeners and performers. Some music has other callings, but most tracks within the breadth of tunes reviewed here call pleasure their ultimate god. Luckily, pleasure is infectious. If a band sounds like they’re having the time of their life playing a song, it is difficult not to at least smile for them. In this manner, Autocatalyctica have struck gold.

Autocatalyctica are a Toronto-based progressive metal band nearing their third full-length release, Powerclashing Maximalsim. They seemingly jammed every possible sound they could find into this LP. Scattered throughout this album, you will find jazz, metalcore, folk, death metal, and pretty much any sound you feel like finding. Autocatalyctica are led by Eric Thorfinnson, who has a revolving door cast backing him. On Powerclashing Maximalism, Thorfinnson and company start out with their most violent foot forward and then gradually shrink back as the album progresses. By doing this, they made an interesting choice.

The heavier tracks tend to have a kitchen sink approach to the genre. Everything is louder and faster than everything else, but the sounds all meld together to form a fine listening experience. Their promotional material calls the album a “bubbling cauldron of scatter-brained prog-metal insanity,” and this seems to be an accurate assessment of what’s going on. Sounds coalesce and slow down for the choruses, but otherwise it’s every instrument for itself. The rhythm drives the music and acts as the album’s aural spine. For the first few tracks, everything’s not at eleven all the time, but when it’s not, it’s clearly just building to a moment that is. This style of going completely over the top fits Autocatalyctica‘s strengths well.

Gradually the roaring fire dims to a flickering candle, but becomes no less hot. The softer tracks at the end of Powerclashing Maximalism  maintain their speed and intensity. The style shifts from being shock and awe to presenting the listener with whimsey and clear skies. That Autocatalyctica excelled at every sound they attempted impresses me. That they seem to enjoy every sound impresses me more, as every moment writhes with an energy only possible from a band having the time of their life.

Throughout all of their sounds and volumes, Autocatalyctica give a jazzy footing to their tracks. Sometimes they pull it into the forefront, to the point of their jazz overtaking their metal, but most of the time it rests behind other sounds. The jazz keeps things fresh. If any tracks on this album just aped Meshuggah or Protest The Hero, they would simply exist as an inferior copy of the original. The band avoids this by blending in, among other things, their soft affection for jazz to keep their songs wholey their own despite the obvious influences.

The track sequencing on Powerclashing Maximalism causes some problems. Because the album continually slides to a softer sound, it gives a feeling of taking your foot off the gas and gradually coasting to a stop. While listening, I kept expecting the music to pick back up. While this isn’t exactly a failing, the band did create an unfulfilled expectation here with the first few tracks. As a result, you’ll only want to listen to this if you are in the mood for a variety of styles at once. Additionally, the large choruses are nice, but they sometimes cause the tracks to lose their momentum.
Powerclashing Maximalism is intricate, varied, and impressive. But above all else, it’s just plain fun. The kind of fun that is contagious. Some people won’t like Powerclashing Maximalism due to the sheer variety of sounds, or due to the somewhat metalcore-y moments scattered throughout. For everyone else, though, Autocatalyctica have delivered a captivating experience that should be given a chance. Their influences inform their sound, but they breathe a new life into all of their steps.