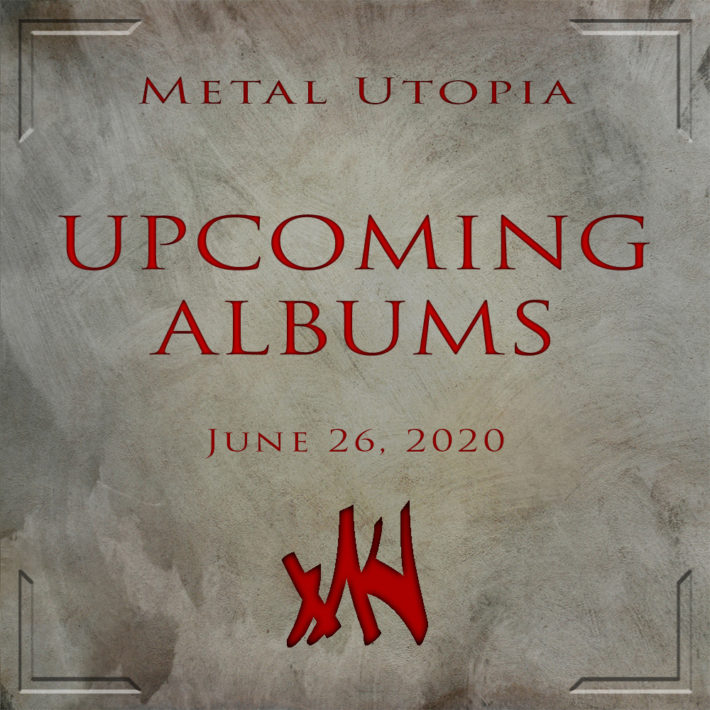 Connor is looking forward to Emmure’s Hindsight, and Falconer’s From a Dying Ember:

The oft-controversial metalcore group will be publishing their eighth studio album this week, continuing their run of consistent releases since their first back in 2007. The lineup is mostly unchanged from 2017’s “Look at Yourself” with the exception of new bassist Nicholas Pyatt.


Falconer’s unique style of Power Metal that utilizes acoustic folk instruments to create a medieval sound will close its twenty-year run with their final record. Guitarist Stefan Weinerhall has stated that their last release will be one of their strongest, and utilize all of the characteristic traits from their twenty year history to create an album that is both fresh and final, and summarizes their legacy.

Exocrine are about to drop some progressive/tech death goodness on us with Maelstrom. Both their album arts and music give the listener a sense of pure helplessness, so I am beyond eager to dive deep into this monster pun intended.


I haven’t heard of these guys prior to their singles for this record, and hot damn, is this some intense stuff. It is as if a mathcore band and a tech death band fused into one. I have a good feeling this is going to be an incredibly gnarly record as a whole.

These UK boys are doing a great job of keeping the atmospheric sludge sound alive. It’s their fifth album and I’m pretty stoked to hear what they’re up to nowadays.


You should know who Scott ‘Wino’ Weinrich is, but if you don’t – vocalist for some of Saint Vitus’ best albums and man behind early doom legends The Obsessed. Also behind a lot of other bands. I’ll always respect his ability to consistently release music with a lot of different bands and people while keeping his game consistently top-notch.

AlNamrood is a Saudi-Arabian black/folk metal band that was founded in 2008. Over the course of the years, they’ve released six full-lengths, and last Monday, they released their seventh. I have yet to put it on, but I’m excited for how it will sound.


After their massive funeral doom masterpiece Mirror Reaper, Bell Witch have joined forces with Aerial Ruin to release Stygian Bough: Volume I. Although they couldn’t play it at Roadburn this year, we’ll have to make due with the studio version at home.


Dutch symphonic black metal band Carach Angren release their sixth record this Friday. Up to now, the singles have been promising, so I’m really curious to hear the whole album.

The masters of Blackened Sludge return. I’m gonna be honest, I haven’t listened to either of the singles but that doesnt lower my excitement at all. Mantar seems to be incapable of making a bad album so I’ll definitely be diving into this one this week.