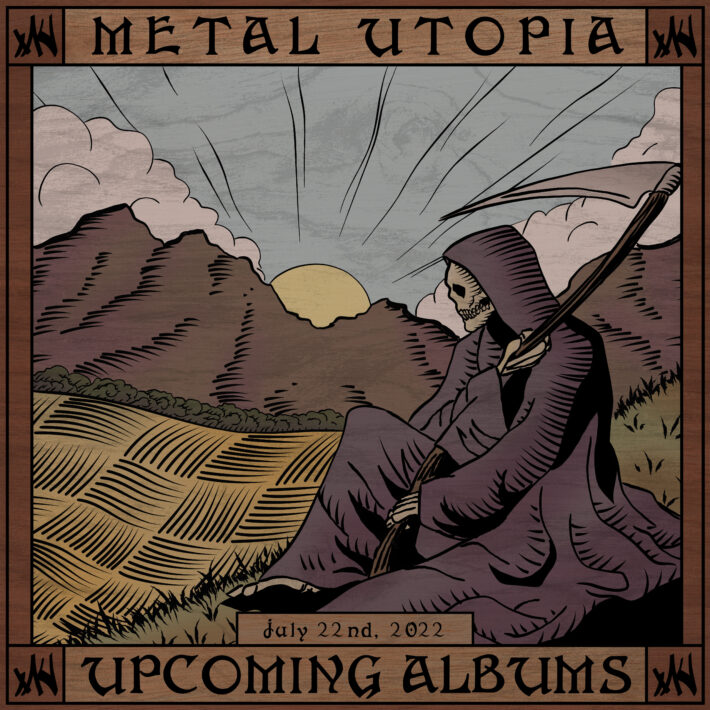 Leon is looking forward to Imperial Triumphant’s Spirit of Ecstasy, Panzerfaust’s The Suns of Perdition – Chapter III: The Astral Drain, and Wake’s Though Form Descent:

I’m just gonna say I saw them live the other week and I couldn’t even begin to understand what was going on musically (not to say the live sound was poor, on the contrary). This was not a bad thing. It was a very, very good thing. I’m ready for the joy of having my mind blown.


Chapter II was awesome. No reason why this won’t be awesome as well.


I remember listening to their album “Misery Rites” and thinking it was some decent grind. Later, “Devouring Ruin” came out and boy did things take a turn. You could tell it was the same band, but it was as if they decided they wanted, musically, so, so, much more. It was a superb record. Atmospheric, melodic, dissonant, and of course, unrelenting. Hope this one keeps up.


Rick is looking forward to and Moonshade’s As We Set The Skies Ablaze:

Honest-to-God melodic death metal made in Portugal; nothing’s better for clensing one’s ear after having to listen to summer hits in every single bar in town.