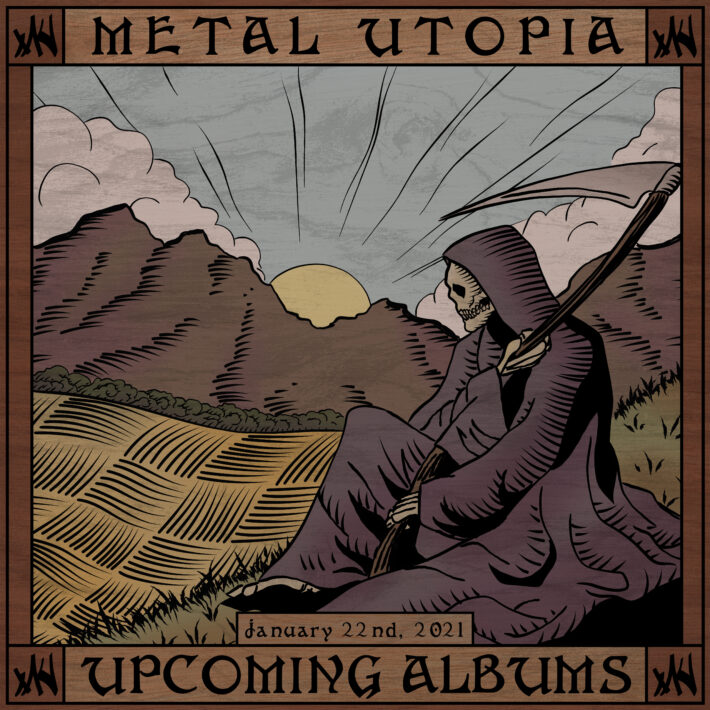 Dutch death metal legends. Never released a bad album (except maybe that one we don’t talk about). This is their tenth full-length. That’s probably all you need to know.

Its Asphyx, the only question is will it lean into the doom or stay strictly death. This band is so consistent it doesn’t matter. This is a must listen for anyone who labels themselves as a death metal fan.

It’s Wardruna alright, almost a household name at this point. If you need something more mellow four your vikingly prancing about foggy woods, this is your soundtrack.

The cold and foggy days of January: Wardruna couldn’t have chosen a better season for the release of their latest work, as their music perfectly fits this period. Since we’re all stuck at home with not much to do, why not enjoy some new music and pretend we’re going on a hike?

All-female thrash band from Brazil reaffirming once again that Brazil should be included in every conversation about thrash and its legacy.

Ellende releases a rework of his second EP, Weltennacht. All songs are re-recorded, and even adapted, so I’m curious how this ‘new version’ of an already great EP will be.


Russian atmospheric black metal band Grima release fourth full-length this Thursday. After their previous album, Will of the Primordial and I’m interested to hear the follow-up.


Sean is looking forward to Hulder’s Godslastering: Hymns of a Forlorn Peasantry:

One of the extreme metal undergrounds most underrated projects. This is the debut album by one-woman black metal band Hulder. I hope this album gets her all the recognition she deserves.