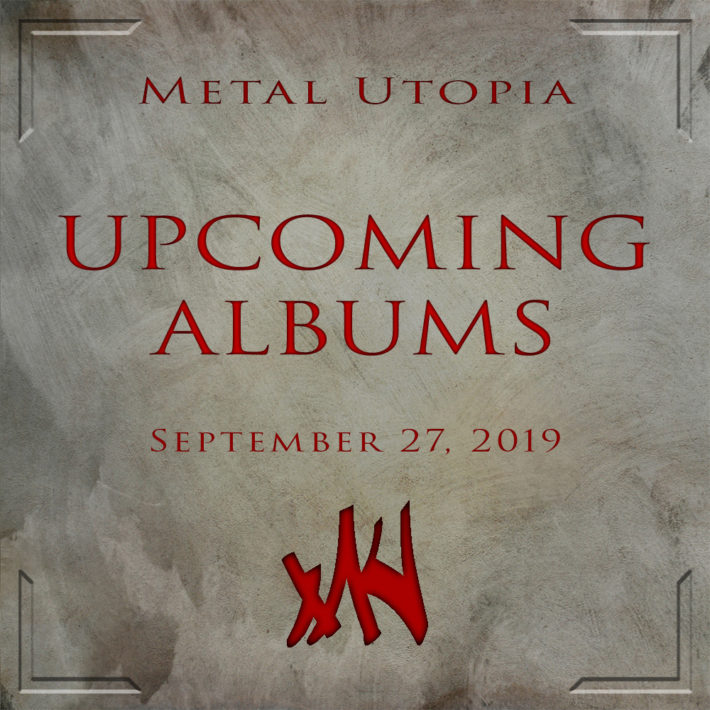 Folks, these are dark times. And while it may be easy to be cynical about DragonForce’s continued push towards over-produced, ultra-clean, nostalgic-as-hell brand of power metal, I for one look forward to giving this thing a listen. Will it be interesting? In all likelihood, no. But will it be fun and will it make you want to dance and reminisce about the time you almost got 100% on Through the Fire and the Flames on Guitar Hero? Oh, hell yes.


I guess I’m on a dragon theme this week. I have been really digging this (re)emergence of dungeon synth and symphonic black metal lately, and Druadan Forest’s last album, The Lost Dimension, has been a regular for me these past weeks. I’m excited to give this a spin.

Borknagar lost some key members since the last album (founding member Vintersorg and drum prodigy Baard Kolstad), but these guys are legendary in the Norwegian scene, and for good reason. I don’t doubt they’ll put out another killer record despite setbacks.


Do you miss Mudvayne, Pantera? Are you ok with replacing them with not even toungue-in-cheek hillbilly metal? Yeah, I don’t know why I even put this here.


These guys have been making killer death doom since the 90’s with a relentless work ethic. This is their 13th album in about 20 years. You do the math.

This Finnish band releases their third album since 2013 and honestly, it’s symphonic black/folk of the top shelf. Beautifully melancholic atmospheres, alternated by intense black metal passages. This record is definitely worth checking out.