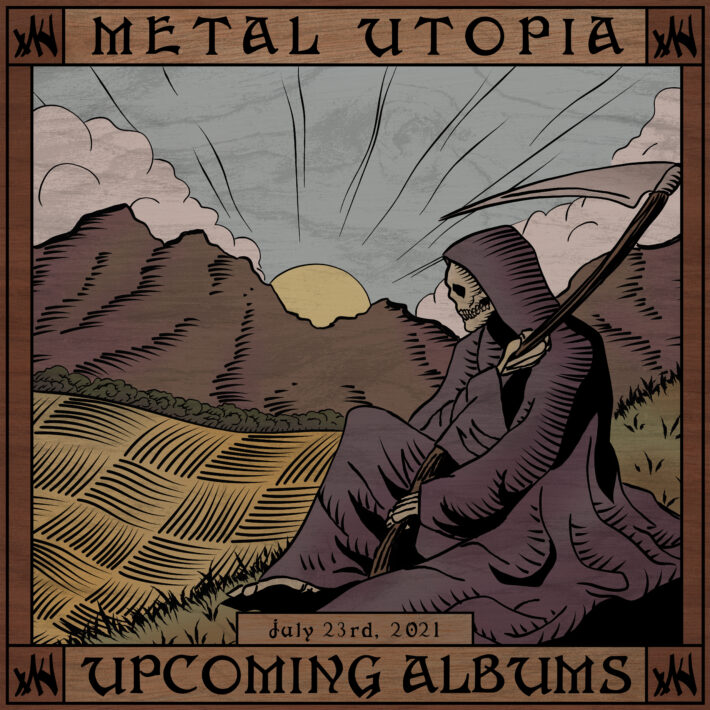 This seems to be a slow, doomy concept album that tells the story of adventurers descending into a dark cavern and the mysterious dangers they encounter. I listened to a few of the singles, they were just strange enough to be interesting. I think the albums true colors will come to light when the album is listened to as a whole, I’m willing to give it a shot…

Leon is looking forward to Lykhaeon’s Opprobrium, and Fulci’s Exhumed Information, and Planet of the Dead’s Pilgrims:

Swiss black metal duo releasing their sophomore record. Singles promise a lot of different influences, including but not limited to atmo-black, cavernous death metal, hellenic black metal and so on, all well melded together.

The band is named after Lucio Fulci, a controversial Italian horror film director, known amongst other things by the exuberant gore of his work. This should tell you plenty about the band – if you want quality brutal death metal, without any uneccesary meddling with tech or whatnot, Fulci got you covered.

You need your dose of righteously groovy sci-fi sludge? Here you have it.

Rutger is looking forward to Flame, and Dear Flame’s Aegis:

The band’s name drew my attention as a quote from the video game Dark Souls 2 (though it could be a coincidence), but after hearing the two songs they already released, I’m curious to hear the rest. They play laid-back doom metal with female vocals and the record consists of two songs, divided into various parts.