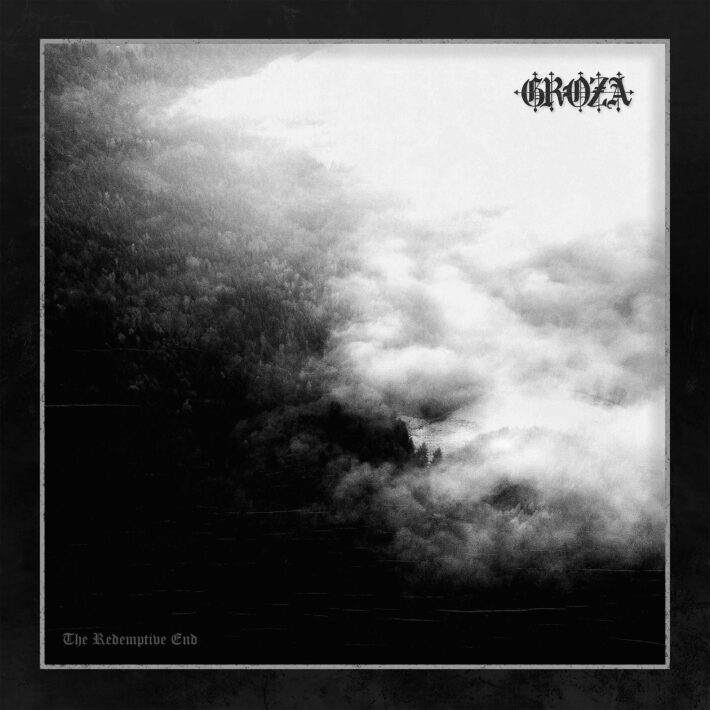 Considering the fact that black metal has been around for about thirty years, it’s natural to see that bands have started to experiment with the genre and new influences are being mixed into the traditional sound. Although a group of black metal fans thinks the genre should stay kvlt and should not lose its original sound and underground status, the impressive following of bands like Oranssi Pazuzu and Imperial Triumphant shows that many people are open to, and even appreciate this innovation within the genre.

Not every band, however, can be as innovative and unique as that last group of people might hope for. Groza is one of the bands that are really quite skilled in their music, but fail to bring anything new. The German black metal band started as a one-man project by singer/guitarist P.G. and later evolved into a full band. They released their debut full-length in 2018, and after having toured through Europe for a few years, they’ll release their second album this Friday, July 30th, through AOP Records. When they released their first record, many people accused them of being a little too inspired by Mgła, and while this doesn’t have to be a problem, the fact their music has little to no unique qualities is more unfortunate.

As mentioned before, the music in itself isn’t bad. On the first track, Sunken in Styx Part I etc, the main riff is subtly introduced in an ominous intro with clean guitars, after which the melody is continued in distorted guitars. There’s spoken word in the background and in Part II: Descent, the music becomes full-on melodic black metal. Blast beats, tremolo picking, and aggressive grunting set the mood for what the greater part of the record is going to be. They play really tight, reinforcing the delivery of the music. The mix is done quite well, but the composition doesn’t allow for a lot of dynamics. Of course, this doesn’t have to be a problem, except that after a while, the constant loudness and high intensity are just tiring. There are actually some quiet interludes on the record. On the title track as well as on Homewards, the final track, there’s interludes in which the main theme is first played quietly at first, after which it slowly builds up to the full black metal instrumentation. However, these two examples don’t really make up for the rest of the record.

The band claims to be “capturing the current times’ devastating atmosphere of utmost hopelessness and resignation”, but that doesn’t necessarily become apparent in the lyrics. The lyrics are indeed full of hopelessness and negativity, but not in a way that reflects our “current times”. Instead, they are uninspired nihilistic and misanthropic lyrics that are nearly the same as those of many other black metal bands. The “devastating atmosphere” doesn’t really come across in the riffs either. Each track consists of a few melodies that are repeated over and over again, becoming repetitive quite quickly (especially since most songs are over seven minutes long).

In short, Groza’s The Redemptive End is definitely not a bad album, but it’s got nothing noteworthy. It’s a tightly played melodic black metal record, with riffs that are rather repetitive, and the few quiet interludes aren’t really interesting. The lyrics are a dime a dozen, and don’t really add anything to the music. If Groza were to develop their own sound, and add unique elements to their music, they might be worth following. Until then, however, it’s fun to check out their album once and forget about it afterwards.