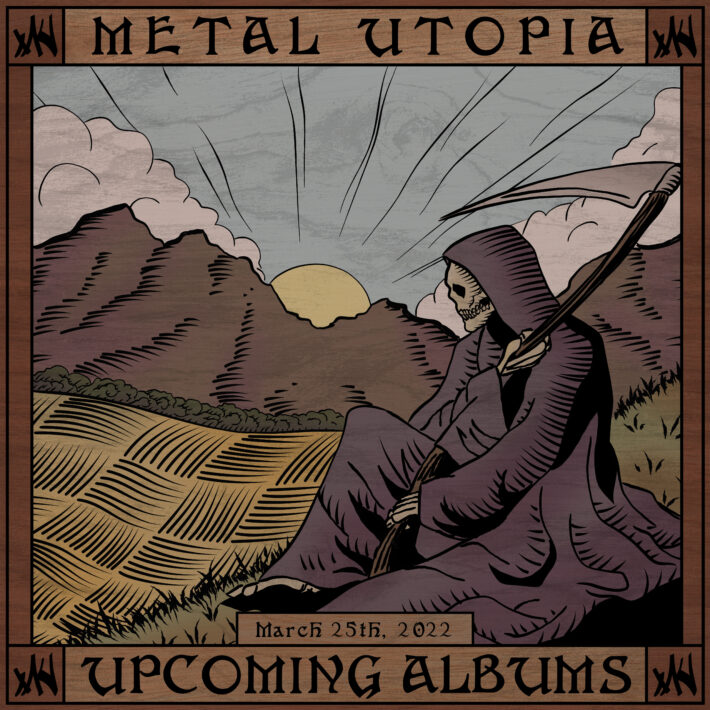 Jared is looking forward to Kvaen’s The Great Below, Falls of Rauros’ Key to a Vanishing Future, and Bomber’s Nocturnal Creatures:

Sweden’s Kvaen is releasing their sophomore album of viking-inspired melodic black metal, two years after releasing one of my favorite records of 2020. Seriously excited for this one.


Another Eisenwald band that I’ve heard great things about yet haven’t dug into yet. I’ve heard comparisons to Aquilus, so maybe this will be up my alley.


This Swedish heavy metal band has already signed to Napalm Records, and now they’re releasing their first full-length. The band has cute Swedish boys in it, and after hearing the first single, they can also carry a tune.


Leon is looking forward to Deathspell Omega’s The Long Defeat, Nite’s Voices of the Kronian Moon, and Abbath’s Dread Reaver:

Black metal standard-setters again with an abrupt announcement and release. “Furnaces” switched things up and reined in the intensity a bit, so I’m really curious what they’ll do this time.


Highly melodic traditional heavy metal yet with a black metal bend. The singles promise a high quality record. Excited for this one.


It’s ya pal crab-man Abbath back to entertain once more. The singles definitely give off a rawer and weirder vibe than his previous records so this is bound to be interesting.

French black metal band Bâ’a released an impressive debut full-length about two years, so I’m curious what their next album will be like.