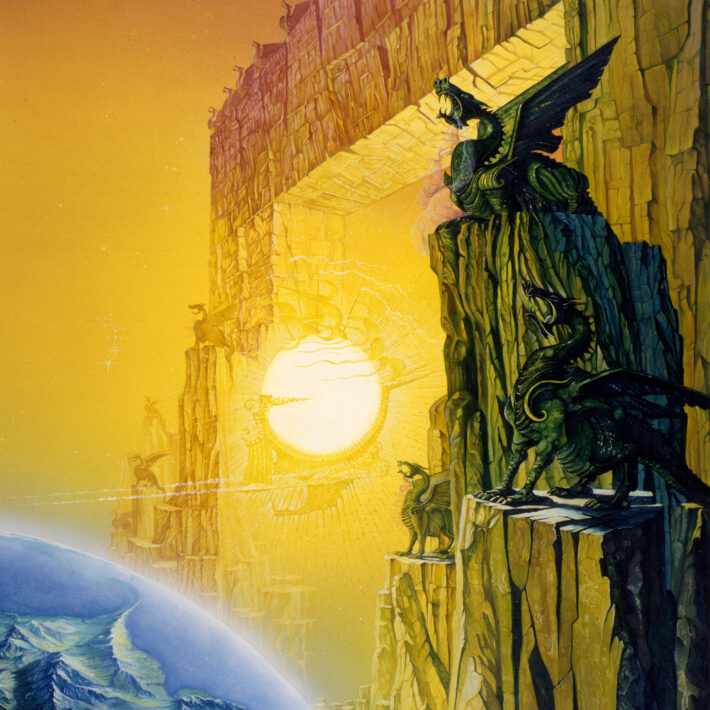 The development of black metal as we know it today is a long, complicated, and ambiguous story subject to eternal debate. It is generally agreed upon that there were three major players in the “first wave” of black metal: Venom, Celtic Frost, and Bathory. While Venom contributed the Satanic imagery and the term “black metal” itself, and Celtic Frost (on the back of Hellhammer) introduced experimentation and symphonics to early black metal, it was Bathory – the brain-child of Swedish genius Quorthon – that developed much of black metal’s musical identity.

Though we may have lost Quorthon, the world has not forgotten about Bathory. And as it happens, Cirkeln – a Stockholm solo project by anonymous musician Våndarr – has written a love letter to Bathory entitled A Song To Sorrow. This album is a fun, energetic, and faithful homage to the many eras of Bathory, as well as the bands that inspired Quorthon. Stylistically and sonically, they nailed the Bathory aesthetic, with the buried and reverberating howls, frigid atmosphere, and prominent guitar work.

Cirkeln does not merely stand in the shadow of their idol, though. Multiple tracks on A Song To Sorrow utilize Summoning-esque synth melodies to accompany the Tolkien-inspired lyrics. Additionally, on the front side of this record we get to hear many NWOBHM-inspired guitar leads that seem to reflect on Bathory’s predecessors – almost as if posing the question, “What if Bathory paid homage to Iron Maiden?”.

We also get to hear some second-wave influence on “Vaults Behind Vaults” and “Hills of Sorcery”, combining the melodic black metal sound of the 90s with the Bathory style that inspired it. Cirkeln reference the full timeline of black metal, synthesizing the first and second-wave styles together with a heavy metal sense of melody. The track “Natassja” begins with Dissection-style leads before opening up into more grandiose passages of epic black metal, which lead smoothly into the final two tracks. “Vandraren” has a sort of viking folk feeling, akin to Moonsorrow or mid-era Bathory. Following the Summoning­-like introduction, the epic final track immediately brings to mind Hammerheart-era Bathory, with its epic yet intense atmosphere.

A Song To Sorrow is very first-wave in the sense that it is an exploratory amalgam of influences. It incorporates heavy metal and thrash metal with first and second-wave black metal. The album was less atmospheric than I would have expected, especially based off the cover and the epic final track being used as the promotional single. I was surprised to hear how melodic and riff-driven the majority of this album was. The many influences coming together can feel disjointed at times, but it’s still a very cool experience that’s worth diving into for any fans of Bathory, or early black metal in general.