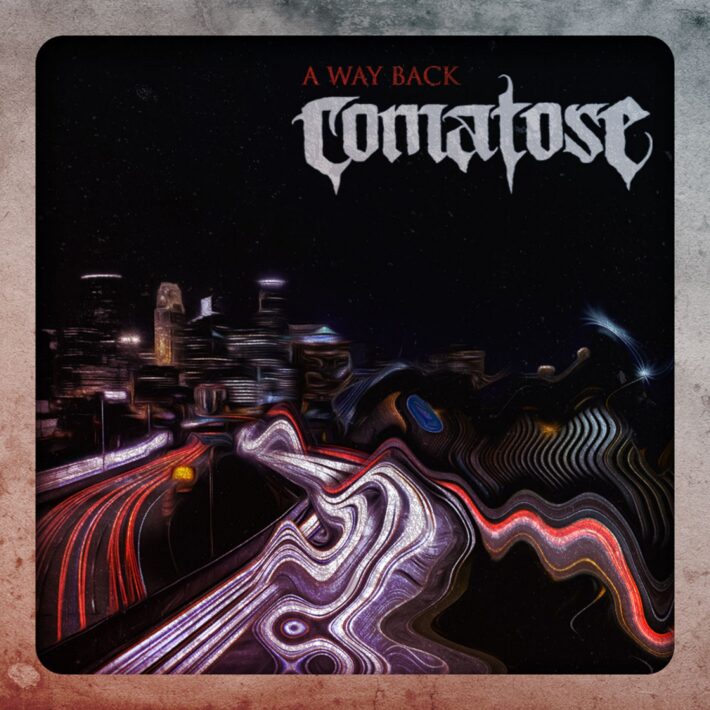 As soon as I heard A Way Back, I knew it wasn’t for me. Shoegaze has never captured my interest, and neither has grunge outside of the big names. Nothing wrong with those genres, just not something I want to spend too much time on. But I took this review anyways, partially because I didn’t have a good reason not to, and partially because there was something intriguing in the singles. Even though I knew I stood adjacent to Comatose’s target audience, I hoped I could find something in here to respect.

On A Way Back, Comatose sounds like the depressed child of Pearl Jam and Alcest. They lean far away from any metal roots that the members have and towards the lighter, more poppy parts of their sound. Guitarist and vocalist James Benson plays the same roles in the progressive black metal band Amiensus, whose most recent album I reviewed last year. The connection between the two bands comes through quite strong.

From the beginning, the songs of A Way Back sound nostalgically morose. Comatose live up to their name. The album feels like looking at footage of a happy vacation, but on a grainy, old medium that is close to disintegrating. It feels almost like a child of William Basinski’s Disintegration Loops, although less intense and much more energized.

The songwriting is stellar. The tune at the end of “Circles,” for example, does everything that it needs to for the song to end, while also acting as a memorable moment. It simultaneously closes out and continues the track. Comatose have scattered these moments throughout each song. Very few moments, if any, show wondrous technical proficiency, although all band members play together with joyous cohesion and precision. However, the slow notes and simple melodies are memorable and necessary to the band’s sound. Some melodies sound like Angus Young on xanax. Tracks often seem to end by sputtering, having lost their energy to go on.

I enjoy the vocals on A Way Back. They added to the sense of imminent collapse the music hints at throughout. I’m a sucker for mostly continual harmonized vocals in rock and metal, though, so that may not mean much. Additionally, although each song sounded somewhat familiar and strung together, Comatose got out of their own way. No individual song ever feels long, and the album ends before I grow tired of it and after I grew satisfied with it.

Unfortunately, I don’t think I quite got the listening experience that Comatose aimed for. They stated that they explored some rather dark topics on A Way Back, such as suicidal ideations and the various crises facing the world at the moment. According to the promo blurb, this album is “the sound of the existential dread of musicians in 2020 who’ve had their way of life quite literally torn apart by  the chaos of the year.” The promo blurb also states that this release doesn’t sound “dated or derivative,” so you can’t trust it very far. I didn’t pay attention to the lyrics, so they may have exacted their intended feelings there. From just the music alone, I did get that this was not exactly an overly joyous album, and thought that the band did an excellent job conveying a quiet decay. But I didn’t feel any “existential dread,” or “suicidal ideation” in the same way that, for example, Mizmor or An Isolated Mind have been able to evoke in the past. Collapse, yes. Melancholy, yes. Anything special or anything that elevations the music to a rare tier emotionally, no. As far as this record avoiding derivation, this music sounds exactly as you think it does.

That doesn’t mean it’s bad. In fact, this album hits most of the right targets. I’m probably never going to listen to this again, but that’s more of a reflection of my taste than the A Way Back. People more interested in this musical style will appreciate this release. There is sure to be a lot of emotionally similar music released in the next few years. Comatose set a high bar.