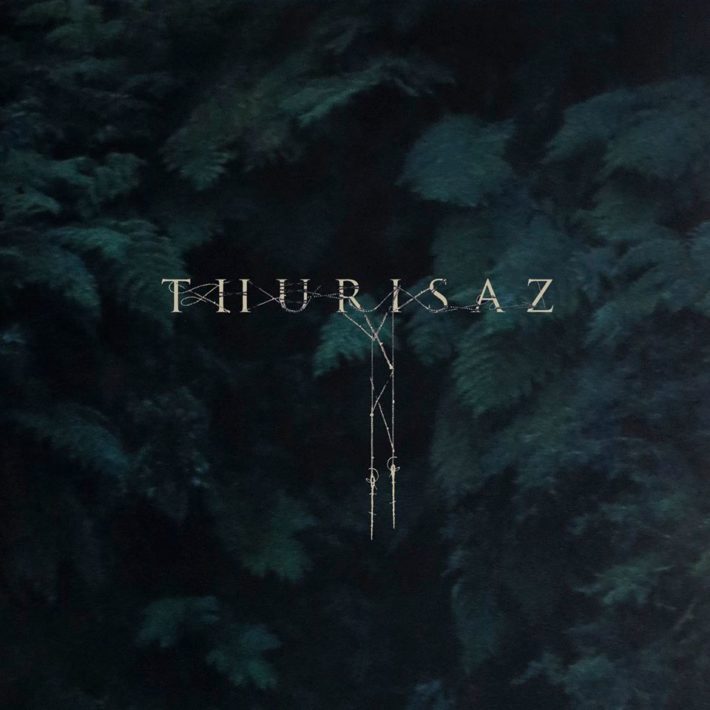 Over the span of two decades, Belgian atmospheric death/black metal band Thurisaz have consistently been releasing music. After four critically acclaimed full-lengths, the latest of which is from 2015, they’re releasing a fifth one this Tuesday, September 1st. Because a few years ago, a good friend of the band was coping with severe depression, and one of the band members was going through a really tough break-up, Thurisaz decided to create a concept-like album covering these themes. That album has become Re-Incentive, a beautiful, symphonic, really well-written record.

It starts off with In-Balance, a ten-minute track that immediately showcases the band’s compositional skills, as well as their capability of creating soundscapes. The song opens with an ambient synth and some deep droning sounds, after which the guitars and drums suddenly join in. The first vocal style that the band exhibits is deep grunting, alternated by spoken word, immediately creating some interesting diversity in this aspect of the music. In the chorus, there’s also clean singing, showing a whole different side to the group. They make full use of the length of the track, constantly changing aspects in the music, be it instruments, vocal styles, or rhythmic patterns. The tension gradually builds up as the song progresses, by gradually adding symphonic instruments, and the final chorus which feels almost euphoric. This positive chorus could be interpreted as the feeling when you’ve overcome the depression or heartbreak.

The waltz-like rhythm on The Veil, the following song, really gives it a kind of ‘flow’. Before you know it, there’s an interlude whispering/ambience, soon after which the guitars and a choir lead into the next passage. There’s clean, melodic vocals, accompanied by grunting in the background, an example of the contrasts that can be found throughout the record: calm and heavy passages, fast and slow ones, and dark, negative atmospheres, alternated by lighter and more positive ones. These sharp contrasts, however, are never really abrupt or sudden. Apart from the occasional moment where it’s the band’s intention to surprise the listener, the whole album almost seamlessly flows by, going through so many highs and lows, without agitating the listener. Illuminight, the album’s fourth song is another great example of the band’s musical talent. After a heavy intro with double bass and grunting, the vibe changes into something much more light-hearted. The chorus is uplifting, which could be the Illumination of the night that the song’s title suggests. About halfway through the track, there’s a passage with a classical, acoustic guitar, on which the band’s guitarist proves to be very skilled. Not only instrumentally, but also compositionally, Thurisaz does some really interesting things on this track. There’s almost unnoticeable modulations, as well as major chords in unexpected places, showing the band’s insight in the music they write.

After Exemption, another interesting track, it’s time for the record’s final two tracks. I’m mentioning them as one, because they perfectly follow each other up, and together, they form a beautiful 14-minute finale of the album. Isle Of No-Man starts with a calm piano passage with ambient synth in the background, a purely atmospheric passage. After a while, the drums join in, giving the rest of the instruments a frame. The polyphonic clean vocals create many interesting harmonies with the rest of the instruments, and when the guitars join in as well, the song reaches its climax. Eternity Expires… kind of functions as an outro to the whole record. It continues in the same vibe as the previous song, and after a short verse, there’s about five minutes of instrumental music: a final display of compelling symphonic music.

In conclusion, Re-Incentive is a beautiful record, on which Thurisaz covers the heavy subjects of depression and heartbreak. They express it really well in the music, showing both the dark and negative side, as well as the bliss of overcoming these feelings. The album is full of sharp contrasts, in instrumentation, musical style, and in atmosphere, but the transition between each passage is so subtle that you nearly wouldn’t notice if you weren’t paying attention. For anyone who’s into the genre, as well as anyone who has dealt with, or is dealing with depression or heartbreak, I recommend giving Re-Incentive a spin, for it’s a beautiful experience you wouldn’t want to miss out on!