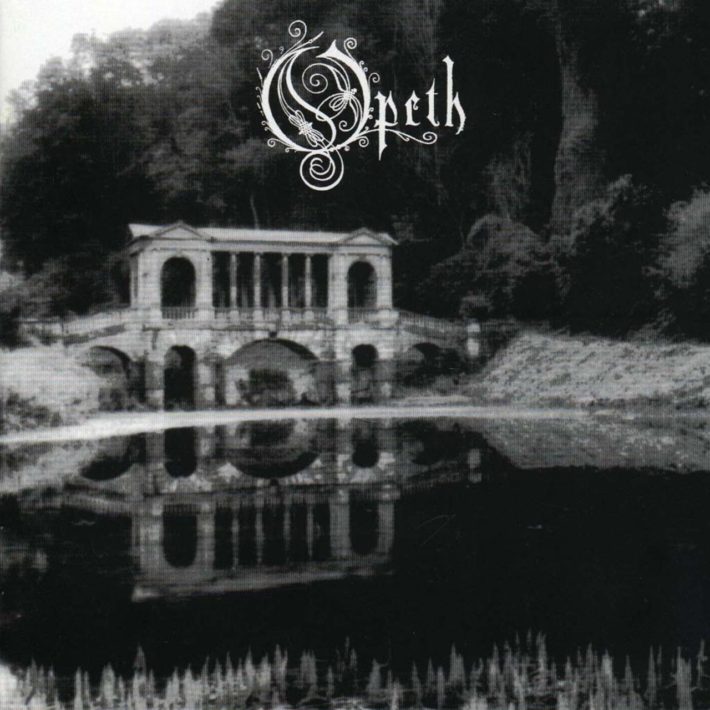 Opeth’s greatest strength has always been their ability to combine opposites in a way that makes their music more than the sum of its parts. Their quiet, acoustic passages would not seem quite as beautiful without the harshness of their death metal passages, and vice versa. Vocalist Mikael Akerfeldt’s clean singing would not be as impressive without his growls. This strength is present throughout their second album, Morningrise, and leads to a very enjoyable experience. However, some production and song-writing issues prevent the album from rising to the same heights as some of the band’s later releases.

The biggest accomplishment of Morningrise is the atmosphere, which is noticeable almost right off the bat of the first track, Advent. This is not a fist-pumping album that one brings to the gym. There is a darkness that permeates the sound of the music, as well as a sense of cautious exploration and fear at times. Maintaining this feeling throughout almost the entire massive 66 minute run-time (not including the bonus track) is downright impressive. There is a mist that seems to fall over the album, silhouetting the more aggressive sections which could have ruined this atmosphere in the hands of a lesser band.

One might think that, with the dark and mysterious feeling the album creates, grimy production would only increase the mystique. Unfortunately, the opposite happens. The dynamic contrast between the acoustic sections and the metal sections of their songs becomes somewhat lost at times. Some bands can get away with, or even shine with, a dirtier-than-usual production, but all this does for Opeth is obscure their amazing talent.

The musicianship of all band members shine throughout Morningrise. From emotional, brooding guitar duets to the triumphant release of the buildup of some of the songs, to the interesting and precise guitar solos, to the rock solid drumming and borderline virtuosic bass playing throughout, there simply isn’t a bad thing to say about the quality of anyone’s playing or musical ability. It is one thing to shred out a solo, but it is another thing entirely invoke an exact emotional response by wavering on a single note for just a moment longer than expected. Opeth succeeds triumphantly, from the first note to the last, at conveying their intention and feel through their playing.

The actual song-writing, however, does not always pull its weight. Don’t take this the wrong way, most of the writing is fantastic. There are just some minor blemishes in quality from what can be found in the rest of the album and Opeth’s later performances. Some of the acoustic sections tend to meander. Additionally, those same acoustic sections are not always interesting on their own; sometimes they only exist to build to louder moments. This may seem like a nit-pick (and maybe it is), but it’s an important one. Because those quiet moments don’t always work on their own, the album drags significantly at times. It takes a lot to justify five straight ten-plus minute songs, and Morninrise doesn’t quite deliver. As a result, listening to the entire album in one sitting can feel tiring. This also creates another problem: Cutting any one song would not have significantly changed the quality of the album. In some ways this is fantastic. Consistent song quality is something that many bands could strive to achieve. However, the entire thing sounds a little too same-y at times. Part of this is the previously mentioned great atmosphere and great musicianship, but without any significant breathers, changes, or even major differences in tone, the entire album can sort of blend into one (excluding the bonus track). This makes the already long songs seem even longer, and exaggerates all of the problems that causes.

Some versions of the album have a bonus track. Eternal Soul Torture comes in at a mere eight and a half minutes, by far the shortest track on the album. Unfortunately, it can’t even handle that. The sheer level of dissonance and the different style of production on the track initially serve as a nice change of pace, but once this wears off the song is merely grating. Eternal Soul Torture brings down the album down significantly, and would have been better left off entirely. The silver lining of the bonus track is that it shows that whatever problems with the production and songwriting exist, both could have been significantly worse.

Opeth went on to create much better albums. At times, Morninrise feels like a little bit of a rough draft. However, the music is still beautiful in places, the musicianship is still outstanding throughout, and the problems present only really mar the listening experience in comparison to Opeth’s later albums. Morningrise is a beautiful effort with sharp edges that hurt the album, but are easily looked past.