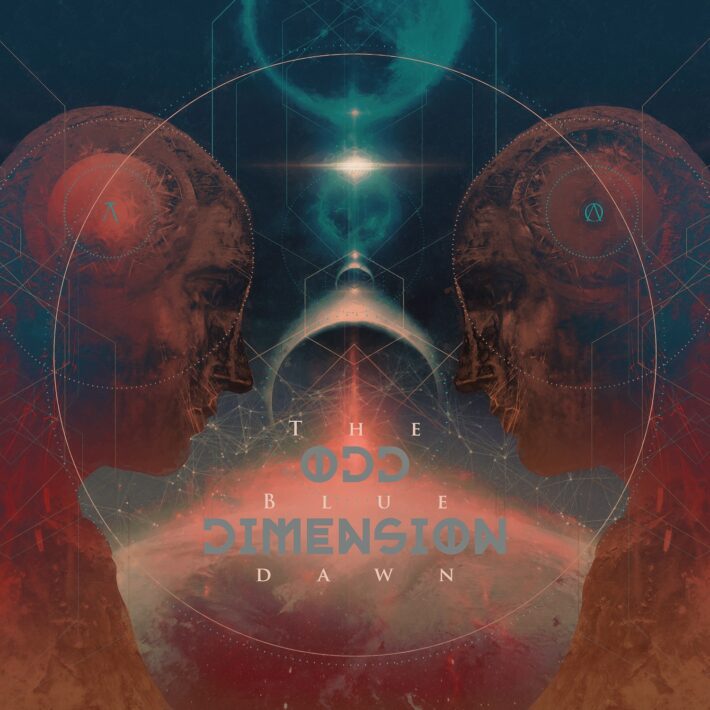 The Blue Dawn is Italian prog metal band Odd Dimension’s third album, and their first since 2013. The band sounds like Ayreon or Dream Theater but with a more rhythmic and less melodic focus. More specifically, they play prog metal with no other genre modifiers-no power, death, blackened, sludge, or doomy thoughts will enter your brain while listening to this record. This concept album tells the story of space travellers who get attacked and land on “The Blue Planet,” and it seems as if the band put a lot of thought into this tale. Hopefully they put as much thought into the music.

Off the bat, you’ll notice the drumming. Drummer Marco Lazzarini goes ballistic throughout the record, and always adds to every moment. Sometimes, the music calls for an energetic fill or wild moments to create excitement where everything else fails to do so. During those times, Lazzarini is there. Sometimes, the music calls for a precise strike to provide just enough of a shift to keep the song going. The rest of the band play their instruments well, but the way Odd Dimension laid out these tracks allows the drumming to be the standout instrument. I would also like to thank guitarist Gianmaria Saddi for playing interesting solos with emotion and space, rather than jamming as many notes as he could into one bar.

The vocals strike me wrong. Vocalist Jan Manenti displays virtuosic talent. His control allows for some small vocal tremors that add heart to The Blue Dawn. Unfortunately, these vocals approach me as if they’re coming from a different album. I don’t mean that the mix is bad or anything like that, just that the vocals don’t always fit with the rest of the band. This is a minor and ignorable quibble, but I couldn’t shake the feeling on any of my listens.

Outside of the vocals, The Blue Dawn feels crisp and cohesive. I’ve now called out every band member individually except for the keyboards and bass, but that is not due to a lack of quality there. Though neither musician dazzles the listener, they both provide the solid foundation that allows The Blue Dawn to work at all. This doesn’t sound like a band playing above their comfort level, or letting their emoting override their technical ability. Those drum fills I mentioned go under some exacting riffs. Within this overreaching sound, there is quite the variety. Though Odd Dimension never stray into the realm of sub-genres, they do explore their chosen garden thoroughly.

They actually explore that garden too thoroughly. The Blue Dawn never ends. This album lasts for over an hour, and by the end I usually completely check out. Yes, I know I just reviewed Solar Paroxysm, which similarly takes its time, and Biolume Part 2, which blows these albums out of the water, and that I forgave those albums much more quickly for their length transgressions than I do here. The difference is that those bands filled all of that space with interesting music. On The Blue Dawn, I’m done after the title track, but the band still plays for over twenty minutes. Even the earlier tracks last for longer than they feel they should, and the effect is cumulative.

And now we get to the frustrating part of the review. This is clearly a band with talent, but they don’t use it well. They were able to write progressive metal tracks that actually progress, but they aren’t able to make them captivating. If you as an artist are going for big hooks and energetic singing, fine, do that. But Odd Dimension doesn’t. Instead, they have a couple of big moments with too much wasted space between them. If you are going to write complex music that boggles the mind and takes multiple close listens to comprehend, fine, do that. But Odd Dimension doesn’t take this route either. Instead they end up in a limbo space where their music takes too long to get to the emotional punches, and provides nothing in the between spaces that a hundred bands haven’t done better before.

Listening to The Blue Dawn again, it feels like this should be a great record but it just isn’t. If you’re starved for prog, check out this record. If you’re tired of Dream Theater, maybe stay away. Odd Dimension made a record with intention and meaning. I have no desire to return to it.