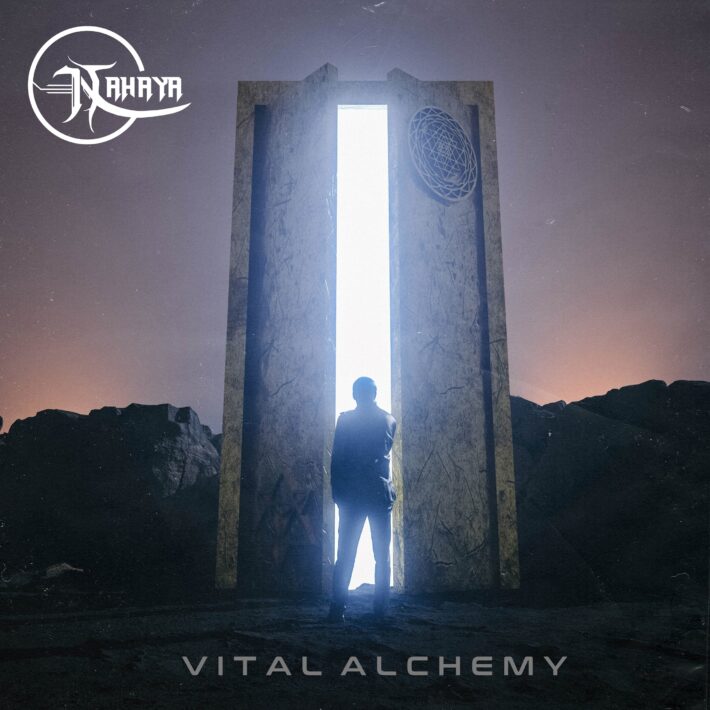 When I see a twenty-five minute full-length release, I usually assume a grindcore band has made an excessively long, off the rails experience. When I see a band that shares a member with Oceans of Slumber, I usually assume a somber, doomy ride awaits. Average those together and apparently you get mid-paced melodeath, with the occasional soaring chorus and fast solo. Maybe music doesn’t work like that, and you can’t just average different sounds like they’re abstract numbers, but the end result is the same. Meet Nahaya, a melodic death metal group out of Texas. Their debut full-length (sort of) release Vital Alchemy follows two EPs, and the hope is that it will provide “something…for every kind of music lover.” Whether they succeed in finding broad appeal or end up making something that is broad enough that no one will feel invested in it remains to be seen.

Vital Alchemy never sounds bad. There were no moments that caused me to cringe or question Nahaya’s fundamental choices. The band plays well together, the production works for Nahaya’s style, the songwriting doesn’t get in the way of the songs.No aspect of this album sinks to an abysmal level. In fact, in some ways Vital Alchemy works quite well.

Nahaya sound cohesive. This band has been playing together for a few years now, and although their discography is sparse, they still have enough experience to know their way around each other. They clearly feel comfortable on Vital Alchemy. This comfort leads to confidence, which infiltrates the listener like an aural disease. The quality floor of Vital Alchemy remains high mainly due to this confidence. Even at my least impressed, I can’t help but feel like Nahaya know something I don’t, and I am pulled towards trusting their expertise over my own thoughts.

The choruses consist of the best moments on the record. The solos sometimes sound iffy, and the riffs I’ll talk about soon, but the choruses are solid. The vocals drag Vital Alchemy forward, and during the heights of the song they’re allowed to really run. This isn’t a virtuosic performance or anything like that, in fact, a lot of people will probably be turned off by the vocal tone. However, the passion and energy that emerge from these moments give the music a needed extra dimension.

The good times always have to end, and they just did for this review. Let’s start with the riffs. They’re fine. Sometimes. Other times, they just feel bland, as if Nahaya needed to have the guitars continuously playing, but didn’t know what to write. Again, Nahaya never sink below the muck. But a lot of the riffs just sound like generic placeholder moments that the band never got around to fleshing out.

In fact, a lot of the album feels that way. For a twenty-five minute release, the dearth of standout tracks really stands out. I found myself forgetting what I was listening to as I was listening to it. Even though Nahaya are a competent band who can make good music, nothing about Vital Alchemy stood out as memorable at all. As soon as I finished listening to this record it vanished from my mind like a halloween store vanishes at the end of January. Thus, the ceiling of this release is as low as its floor is high: Vital Alchemy is never bad, but it’s also never appealed to me. I wanted to like Vital Alchemy, and there should have been enough here to like. It just never clicked.

Even though Vital Alchemy is perfectly fine, I can’t say I’ll miss it. I enjoyed listening to it well enough, but I never felt compelled to return to it, and only did so out of obligation to this review. Fans of melodeath may as well check this out to see if the music sticks to them better than it stuck to me, as it isn’t a huge time commitment, and fans of Oceans of Slumber may be interested to find out what a member of the band is doing with other projects.