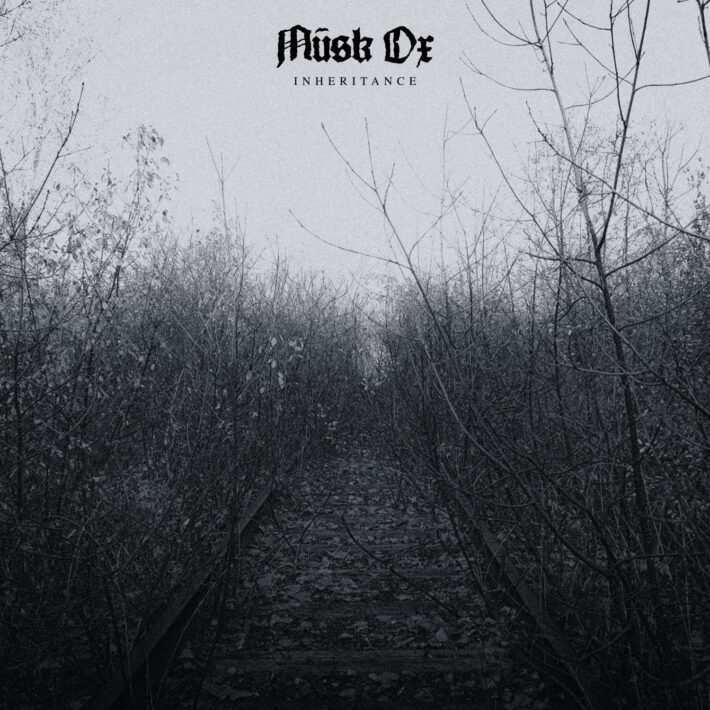 Art doesn’t exist by itself. It needs a viewer, or in this case, a listener. Music reviews sometimes seem plagued by the idea of the objective experience of a piece of art, and I find myself caught in that trap as well at times. All you can really talk about is the connection between the art and the receiver. Sometimes this difference matters more than others. In the case of Musk Ox, a chamber folk group of metal-adjacent members and seemingly strong allusions to heavier genres of music, the subjectivity of the listener becomes unavoidable.

Musk Ox are a Canadian chamber folk trio consisting of Nathanael Larochette, who also plays in the excellent group The Night Watch, Raphael Weinroth-Browne, who plays with Leprous and released one of my favorite records last year in Worlds Within, and Evan Runge, who plays the violin. They play an interesting style of chamber-folk that draws on each band member’s experience with metal and metal-adjacent music. The instrumentation and feel of their songs are consistent with the band members’ associated solo work, but the writing and song structures feel more like the various progressive metal groups that lie adjacent to the group. Inheritance is the group’s third full-length album, and the first since 2014’s Woodfall.

Given the experience and accomplishments of Musk Ox, pleasing and impressive melodies should be no surprise. The heavy emphasis on melody is the main similarity. The murky underwater world of Worlds Within is mostly absent, as is the fantasy world of The Night Watch. The melodic lines flow into one another with calm certainty. Inheritance’s orchestration never gets in the way or flusters the listener, the front and center melody remains the focus even as the music ramps up towards the louder moments.

Those louder moments carry impressive emotional weight. This is helped by Musk Ox’s control over their sound when playing soft, and by the direct nature of the music. Musk Ox leverage the quiet and slow moments, allowing notes to linger and stretch just enough to make a point. Inheritance contains dynamic depth, and the band uses their orchestration to its fullest potential in this way. Musk Ox use smaller and smaller sounds to give this album a dimension that they couldn’t make in an electric world, and therefore they give it a reason to exist.

Musk Ox’s songwriting approach comes with a big downside.  The tracks on Inheritance feel grandiose, but the instrumentation doesn’t. The corollary to the band nailing the quiet parts is that the climaxes don’t always stretch their legs enough. At times it sounded like this needed to be a quartet instead of a trio. I am trained to think of music like this as having big moments, and the band hasn’t equipped themselves to do so. Although this may be more of an issue of how I listened to the album instead of an issue intrinsic to Inheritance, it still left me feeling that something was missing.

The same things that propelled Worlds Within and Embarrassment of Riches to such heights end up marring Inheritance. Both of the older records drew heavily from classical sounds, letting the experiences of masters over the centuries guide their creation and expression. Inheritance, with it’s more melody-focused approach, draws from decades instead of centuries. This doesn’t mean that the music sounds bad or under-developed. Instead it causes a weird disconnect where Inheritance doesn’t lean on the strengths of its ancestors, and instead borrows the weaknesses of its siblings. Unfortunately both of the weaknesses of chamber music and metal present themselves in Inheritance. Again, this is more a record of my approach to Musk Ox than a problem born solely of the release. Again, this isn’t something that can really be separated.

You know an album’s good when I have to qualify all of my complaints ahead of time. Although Inheritance may not sound as good as some of the other albums by this trio, it will still stick with me for a long time. When the musicians involved are this good, it will take a lot more baggage than this to sink them. Here’s to many more.