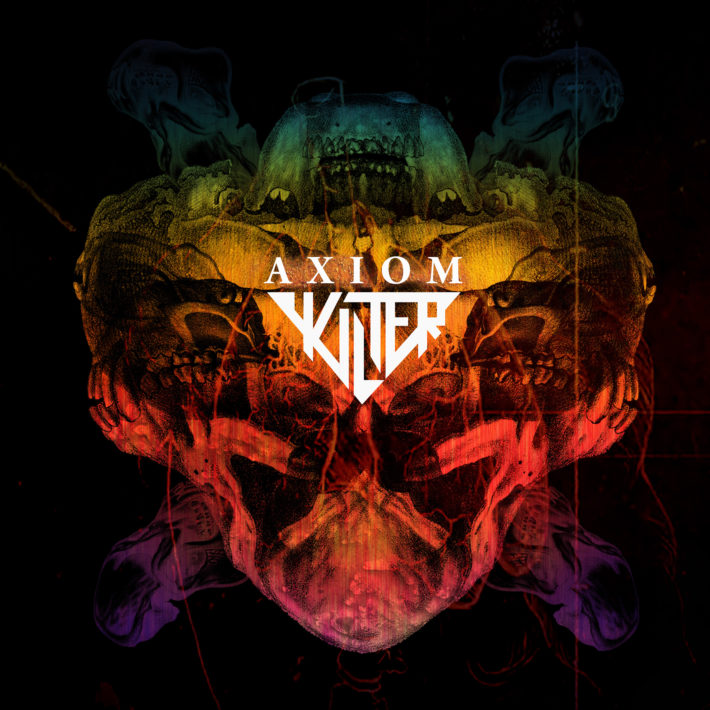 Avante-garde music excites me. Bands that truly attempt to break the rules of music are rare, and rarer still are bands who can do so in a way that is captivating. Sure, there are dozens of bands every month who release an album saying that they are “pushing the boundaries” of whatever genre they’re ruining, but adding a dissonant chord or controversial lyric have not been outside the status quo for generations. Along comes Kilter with a brand of jazz-metal fusion that looks promisingly bizarre. Ideally, an album like this will alter my preconceptions of the limits of metal. Reality, unfortunately, is often less than ideal.

Axiom is the first full length release by the Brooklyn band Kilter. Kenny Grohowski, the drummer from Imperial Triumphant, provides a percussive foundation for this album, but don’t expect Axiom to sound anything like his vile metal band. Unlike other bands of this genre, such as White Ward, Altesia, or even Cynic and Atheist if you’re feeling unusually generous, Kilter uses jazz as their base sound and modify it to fit the contours of metal at times. Axiom isn’t a black metal album with a saxophone, it’s closer to being a jazz album made by a satanic cult.  Kilter relishes and basks in their weirdness, choosing to highlight the clashes that their multi-genre project brings rather than doing anything to address them. They seem to be celebrating the various sounds of New York, from the discordant metal scene in which Grohowski has become a player to the legendary jazz scene that has grown for decades. Any clashes in the music are therefore just clashes in the soul of the band and the history of its surroundings, meant to be celebrated rather than solved.

Axiom feels less like Kind of Blue and more like Bitches Brew. In fact, Axiom borrows quite a lot from the 1970s Miles Davis experiment. As the sound of Kilter slithers along the night, Bitches Brew feels less like an inspiration and more like an answer key. But hey, Miles Davis is a legend for a reason. There are certainly worse albums to copy. This obvious influence is only a problem when it runs against the obvious desire of Kilter to be exploring new territory. You can call your album avante-garde, or you can base your work off of a fifty year old album. Doing both can cause contradictions.

For the first few tracks, I thought that this was an instrumental release. For the next few, I wished it was. The vocals are only on less than a third of the album, so they don’t serve much use even when they don’t feel entirely out of place. They are one of the few things turning Axiom from a jazz album to a jazz metal album, but I’d have preferred one less genre tag and slightly less weirdness for a more confident and cohesive album.

Axiom definitely works best when the band isn’t trying to be weird and just lets the music happen. “Kafkaesque,” “Spherical Bastards,” and “Behind Your Door” are good examples of the exploratory and relaxed sound that I wish had been present on the entire album. Unfortunately, this didn’t come to pass. Their promotional material calls this album “daring,” “spontaneous,” and “avante-garde,” but nowhere do they call it “interesting.” Maybe truth in advertising laws are starting to get teeth, I don’t know. Kilter have created an album that often feels like it’s weird for the sake of being weird, rather than for the sake of the music. The compositions are competent enough, the drumming is great, the saxophone is confident. Everything just gets in its own way too much in an effort to be more than it is.

Once the novelty wears off, there isn’t enough of Axiom to enjoy. I’m looking forward to future releases from Kilter, as anyone who attempts this style of music with this amount of undeniable talent is worth paying attention to. Unfortunately, Axiom didn’t connect the way I felt it could have. Setting my disappointment with how Axiom played out aside, some of the passages were pleasant, and if you’re interested in unusual music it’s worth a shot for you.