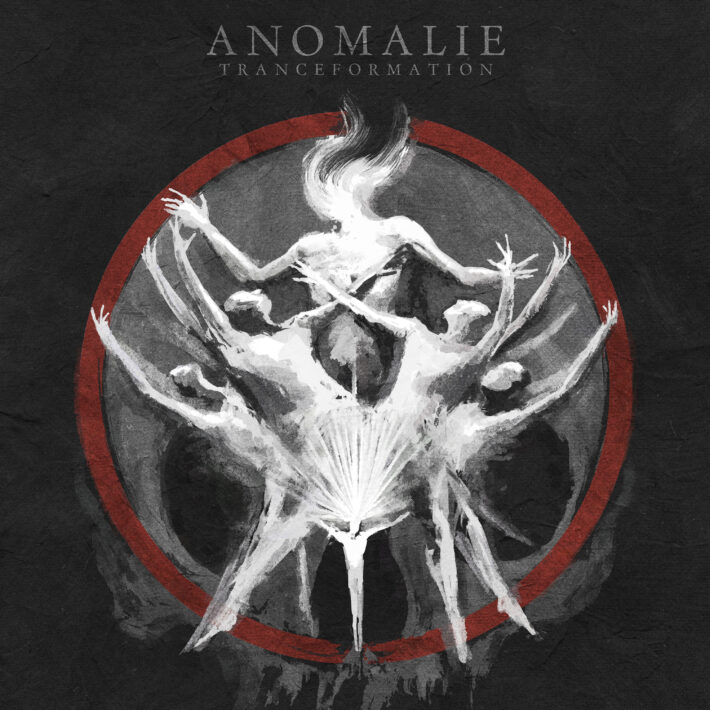 In the ten years since the Anomalie’s foundation, the Austrian one-man project’s sound has changed quite a bit. Starting as a black metal project with clear dsbm influences on Between the Light (2014), the band’s sound has, over the course of its discography, evolved into something more post-metal/rock-inspired, and folk elements have become more and more prominent. Especially Visions (2017) was a milestone, as the predominantly dark atmosphere of the earlier albums made room for a brighter feeling. When the following EP, Integra, was released in 2018, I had the chance to review it: I thought it was a really strong record, which continued on the path set out on Visions. Since Integra, we’ve had to wait some time for new material from Anomalie, but on November 26th, it’s finally time for the next full-length, titled Tranceformation.

Tranceformation seamlessly fits its predecessor, and at the same time, it proves to be a new chapter in the musical journey of Marrok, the mastermind behind the project. Where his raw grunts used to have the upper hand in his music, deep, melodic, chanting vocals outweigh the grunts on the new record. Also on an instrumental level, the full-energy black metal passages appear more sparingly. Though some fans of the old material might be disappointed, this actually makes these passages even more powerful. This is an example of how the composition proves to be well-considered. Throughout the record, the level of energy and tension alternates between quiet, ambient soundscapes and clean guitar riffs to full-on black metal instrumentations with intense grunting, and everything in between.

The “trance” in Tranceformation is no false advertising, for every track pulls you into a new kind of trance. It’s not just the songwriting, but also the delivery of the compositions that is captivating. “Trance I: The Tree”, for example, starts off with an atmospheric soundscape, after which distorted guitars and a tribal drum pattern join in. The melodic vocals have a shamanic quality to them, and as more vocal layers are added, you can already feel like you’re getting caught up in the music. The compelling guitar riffs, accompanied by the drums, make you forget your surroundings, and when the music reaches full energy, it brings you into a state of ecstasy. On each track, the music takes you along a new journey, each with unique qualities.

Apart from Lukas Schlintl, who is the session drummer, Marrok has collaborated with some more guest musicians on his new record. On “Trance II: Relics”, Enthroned vocalist, Nornagest has some guest vocals, and on “Trance V: Cerulean Sun”, there are two guest musicians: Rotting Christ’s Sakis Tolis lends his recognizable vocals, and Sara Wolske plays a haunting violin part at the end of the track. It’s partly because of these guest appearances, that every track has a unique sound, while still sounding as one coherent album.

In short, Anomalie’s new record is a great next chapter in his already impressive discography. The well-written compositions, in combination with the powerful delivery of both the instruments as well as the shamanic vocals, make the “trance” in the titles a reality. Each track has unique qualities to it, and at the same time fits the others really well, creating a diverse record that will stay interesting, even after listening to it repeatedly. If you’re interested in a unique, shamanic interpretation of post black metal, you definitely ought to check out Tranceformation.