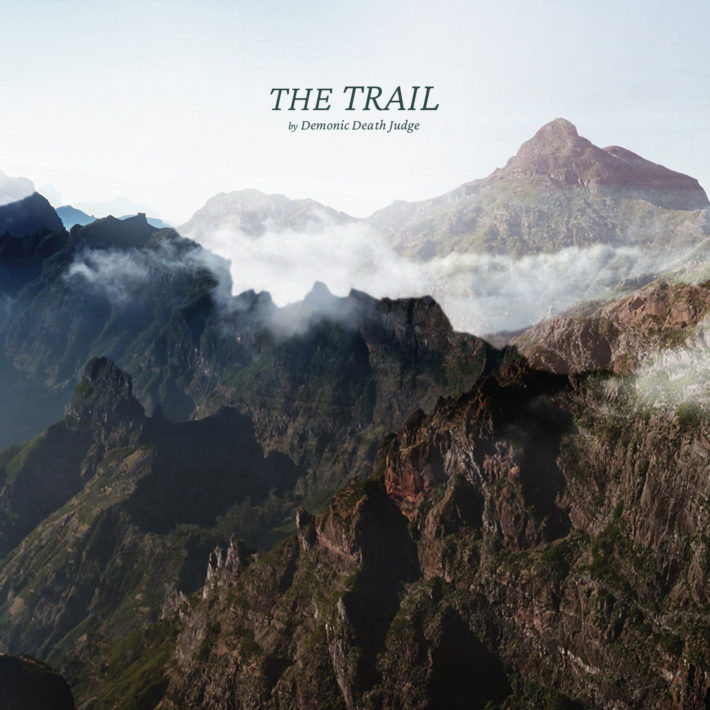 Demonic Death Judge has been Finland’s prime stoner doom export for about a decade now. Even though it wasn’t their first, they gained wider attention with their second album, 2010’s “Kneel”. It was a veritable slab of the heavy with massive, plodding riffs, a penchant for the psychedelic and an occasional foray into post-metal atmospheric explorations. Also immediately apparent was their drawing at sludge’s roots in hardcore punk (and an additional smattering of crust). While not directly present in method of execution, this influence was very much manifested as the unbridled aggression of it all. The aren’t any fast beats or riffs, but the vocalist makes sure his furious rasp prevents you from becoming comfortable with the hazy vibes. This was no laid-back trip, and at least for me this presents the backbone of their musical identity. After this came another three albums. The base approach was still present, but DDJ wasn’t afraid of exploring various aspects of their style.

The very next year they released their third LP – “The Descent”, which oriented itself towards the power of the riff. The sound was further amped up. Instrumental meanderings were toned down in favour of hard grooves. This was no better demonstrated than in the title track, a 15-minute juggernaut with just a couple short psychedelic segues before resuming its steamroll. Yet again next year, “Skygods” took another approach. The production focused on the low-end, turning into molasses, coagulating the riffs into a thick slurry and slowly plodding along. It was possibly their most psychedelia-focused record thus far.

Afterwards the band took a break from such an intensive release schedule. They returned five years later with “Seaweed”. This was another turnover – the dankness of “Skygods” was dismantled in favour of giving more edge to the sound. The sharp, yet still heavy, riffage gave us their most aggressive record beating you in the face with its crusty rage, but certainly not forgetting the occasional out-there section and even moments of melody.

Unsurprisingly, “The Trail” is yet another change of pace. The album cover should make this immediately clear – instead of some painted depiction of things otherworldy and/or considered dank, it’s a simple photo of a mountain range. Coupled with the minimal type, if it weren’t for the declared band name of, you know, Demonic Death Judge, you’d wager it was a random acoustic folk album.

Although, the album does begins with “Cougar Charmer”, a short but tasty acoustic piece, supposed to set the tone of the album, which by the end becomes apparent is a sort of journey (if the title hadn’t tipped you off). Yet the second track, “Filthy as Charged” greets us with a variation of the aforementioned acoustic melody on electric guitar, before immediately going back to, you guessed it, riffs. If you compare this record to “Seaweed”, you’ll probably notice the production is a tad lighter this time around, and the band seems perfectly aware of this. They know drawn-out tonal techniques won’t work as much to their favour this time, so there is much more focus on groove this time around. A movement away from sludge and towards stoner rock, if you will. Understandable, if you consider which one lends itself better to the themes depicted.

“Hardship”, “Elevation” and “Shapeshifting Serpents” continue with much the same tone, with a welcome occasional dash of melody. Unfortunately, the shortcomings of these starts to become apparent when you reach the second half of the album. The grooves are solid, the melodies are compelling, yet the present ideas never seem to come together into truly great songs, and I’ve found myself zoning out more than once. Fortunately, the reason this contrast between the halves becomes pronounced is because the second half is, you know, really damn good, and where the band’s intentions truly shine.

“Flood” noticeably takes on a much darker posture, effacing riffs for a brooding pace. This marks the beginning for quite a trip through the rest of the album. The shorter instrumental “Fountain of Acid” goes for the mystic vibe, followed by a reprise of “Cougar Charmer” which pulls you back down to earth. And then the true journey begins with the title track. It is in my opinion the best track on the record and the epitome of what the band was striving for on it. The longest track clocking at nearly 9 minutes (could’ve been longer), a superior piece of atmospheric sludge, accentuated with melodies and performed with full emotion, taking the listener on a transformative quest through the hardships, experiences but also rewards of “The Trail”. The record is satisfyingly concluded with “We Have to Kill”, another groovy track, but one which feels like a deserved rest after the precluding cathartic release.

Overall, I somewhat wish more of the album operated in the vein of the title track, or even just its second half which competently assembles diverse styles into a cohesive experience. I’d even go as far as saying that just the second half released as an EP would be equally satisfying. Still, Demonic Death Judge have to be commended for another instance of trying something different with their sound. When it’s a success, it’s a huge success. What I considered weaker tracks didn’t interest me much, but I’m sure some will find them enjoyable. All in all, this album is definitely a good addition to DDJ’s already great discography.