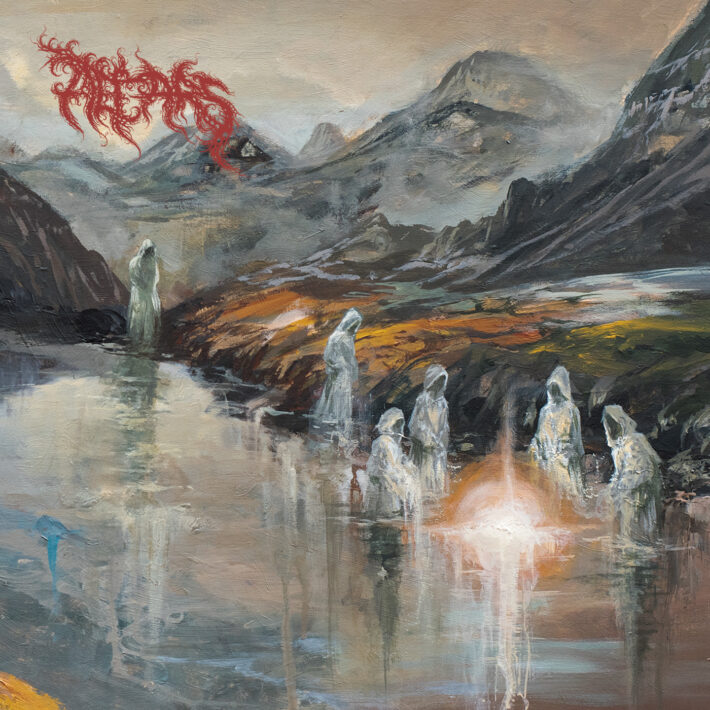 Empty space is as important as what fills it in. If a band leaves an aspect of their song conspicuously absent, that part is more effective when it comes back in. Endings that stretch on for too long can suddenly loop back around to being interesting again. If you’re going to make an entire record based on this, it needs to be on another level, but a well-timed extra momentary pause can do wonders. Altars know and leverage this songwriting technique to good effect.

Altars write dissonant death metal with a focus on altering typical song structures. On Aesthetic Reflection, they throttle death metal’s occasional breakneck speed down to a crawl and let their weight come exclusively from the dissonance. Their approach to songwriting is uncompromising. Their performances are impressive. Although they miss the essence of what makes the excellent dissonant death metal records tick, they’ve still made something that rises above the competition.

Altars have given us some ambitious song structure. This isn’t doom metal, but in between more typical death metal riffs, the band sometimes stretches out the guitar notes beyond reason until that becomes the intriguing part. What Altars don’t do is more important than what they do. Rather than sticking with a normal repeated riff focus that you will find in death metal, these songs are more long-form, with tracks meandering through a variety of melodies before ending.

Because some of the notes are longer and sparser than most modern death metal, the performances need to be solid for this record to work. Thankfully they are. The guitar tones carry the day, with bends and articulation providing some variety amongst the dissonant background. As with most death metal, the drums have a large impact, and like the rest of the record’s components they are just as felt when absent as they are when present. Aesthetic Reflection shows a band that is able and willing to let minor tweaks carry the day rather than performing like a flaming circus.

The biggest issue I have with Aesthetic Reflection is that I had no emotional reaction to it beyond mild interest. No joy, no confusion, no hope for more. When I had Altars playing, I didn’t mind it. When I turned it off I felt little desire to return. This could have been damning for a worse album, but the floor of Aesthetic Reflection is to be merely ok. Still, with a band like this you hope for something that lasts longer in the mind. The biggest difference between this album and something by Ulcerate or Ad Nauseam is the magnitude of it: This feels like a record with regular death metal tropes in its bones, whereas those bands can create something that from the core sounds like it only could come from them.

Altars also has their fair share of wasted time. The intro reminded me slightly of Hubardo, except where that record tests the listener’s patience before flying off the rails, this record merely takes too long to start moving. The last track feels more like an outro than a proper song and didn’t need to be three and a half minutes. Most of the interior songs earn their somewhat long runtimes. Even though I miss the point of some, their creativity is enough to prevent boredom from setting in.

While Aesthetic Reflection’s emotional impact is sadly absent, the intrigue carries the day. If you like wonky music, you’ll want to check out Altars to see what they can do. If you like death metal and are looking for something different, Altars has you covered. If you want fast-paced, blood-pumping music, keep moving along. I can’t say this is my favorite record, but it was worth the time.