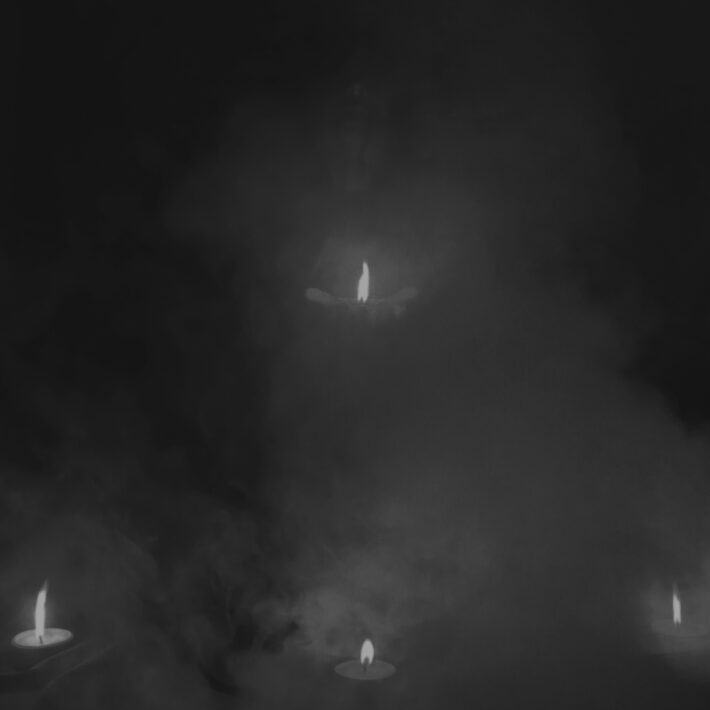 Everyone who encounters raw black metal has a strong thought about it. It’s subversive and daring, or it’s boring mush. It’s exploring new musical horizons, or it’s a an excuse for incompetent production values. Wherever your opinions fall, Black Cilice won’t change them.

Black Cilice are a Portuguese raw black metal group, whose members consist of some number of unknown people. They’ve been diving in the murky end of the black metal pool since 2009. Esoteric Atavism is their sixth full-length release in addition to a bevy of demos, splits, and EPs.Their style is unapologetically lo-fi and gunky. This isn’t black metal with a scratchy sound, this is so thickly covered in goo that it at times isn’t even all that clear what the source genre is.

For all of that, Black Cilice absolutely do not sacrifice songwriting. The riffs on Esoteric Atavism are among the most solid that I’ve heard in the genre, and many individual tracks have an interesting arc to them. Some of these riffs move away from the stereotypical and boring sinister aesthetic that balck metal bands too often employ, and instead feel earnest. There are head-turning tempo changes, sung moments that could be sung along to if I lost my vocal chords, and a bassline that’s actually heard.

In addition, the lo-fi production is used for a purpose. Regardless of what you think of raw black metal, this coating makes it more difficult for all of those excellent songwriting choices to punch through. This makes them feel more earned. The uglier the production is, the more beautiful the hummable melodic lines are. Black Cilice could make anything they want. What they have made is at least intriguing.

But is it enough? The thing about subversive music is that it needs something to subvert. Raw production is something intriguing when it’s going against the grain, but the genre has grown enough that it’s just another style now. And when you strip away the mystic, you’re left with a very good album. One that couldn’t exist in another genre, but one that is no longer something special.

Esoteric Atavism feels like a missed opportunity because it is so close to breaking through a barrier that could slowly choke the life out of the genre if not addressed. Production aesthetics is a tool, and bands could use this tool in much more interesting ways than they currently do. I’m imagining a band that changes how raw their sound is from song to song, or even within a song. The band could have instruments fade in and out of the gunk. On Esoteric Atavism, just like the rest of the genre, the raw production style is just kind of there. It’s applied like a particularly lazy form of guitar distortion. Flip it on, crank it as far as it goes, and leave it. And that’s less an interesting artistic choice and more just another knob to turn for the band to appeal to their target audience.

While that would be an unfair standard to hold Black Cilice to, this band has the talent to push the genre forward. Esoteric Atavism is vibrant because of its raw production, and I would love to see what this band could do with less of a leash. Outside of that, this record could have used slightly more variety. I like every song, but they do start to blend together.

You have your opinions on raw black metal, and that will almost entirely determine if you like the record or not. If you’re on the fence about the genre, though, check out Black Cilice, they’re one of the better examples. My biggest issues with this record are what isn’t there, which means that this is a thoughtful and well put together release.