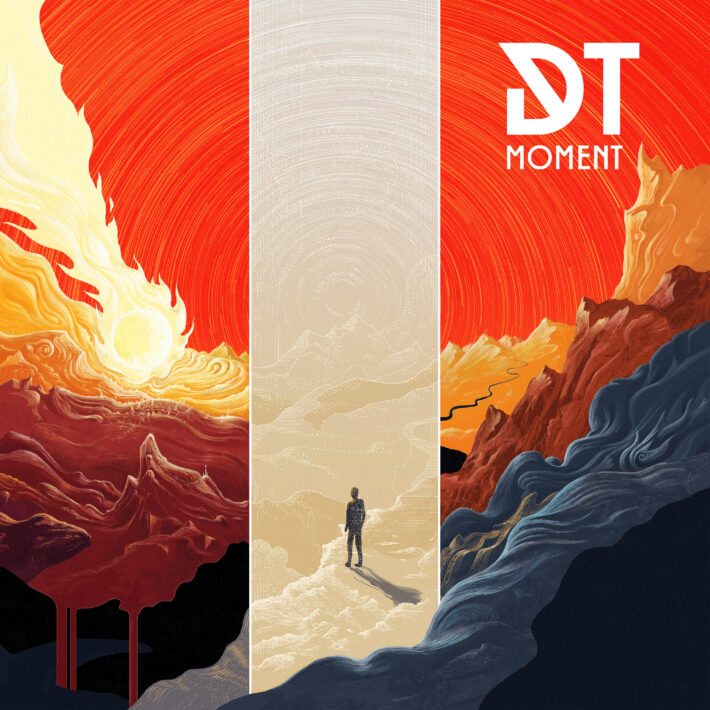 2020 will probably go down as a terrible year – but musically perhaps not so much; at least, in the melodeath department as we’ve already had a number of great entries: think up-and-coming Æther Realm, or Mors Principium Est a few weeks ago.

And now we have come to this: a new album from some of the pioneers of this beloved subgenre, straight out of Gothenburg, Sweden.

It was admittedly high time Dark Tranquillity graced us with new music: their previous album, Atoma, was released four years ago and was well received, especially since it showed the band in better shape than its two predecessors, and though I’ll admit it took me some time to fully like it and understand it, I ended up liking it a lot. With such a background, the curiosity and interest regarding this new release are understandable.

What was more surprising (though not entirely unexpected) was the departure from the band of founding member, lead guitarist and album-cover artist Niklas Sundin; it’s true that he had been on hiatus since 2016 and ex-Arch Enemy Chris Amott had replaced him on tour-duty… but you know, one always hopes it’s not a farewell. Well this time it was – and when a week later Moment was announced, this departure was still fresh in our minds but it only helped feed the flame of curiosity. For the first time, a Dark Tranquillity album entirely without Sundin? How’s that going to sound?

Not bad at all, apparently! But let’s start from the beginning
Phantom Days gets the ball rolling with a great riff which personally reminds me of Fiction and it features a nice guitar solo: a very strong song whose placement in the tracklist helps it shining.
The band picks up the pace in Identical To None, the first single that we all have appreciated: faster, Damage Done-y… if we had our fears regarding Niklas Sundin’s absence, we can be reassured: the guitars are still very much present and they fit well with the rest of the band’s career.
The Dark Unbroken is a keyboard-focused piece; Mikael Stanne demonstrates his talents with clean vocals, and the album seemingly progresses into slightly lighter territories; this is confirmed by the next few songs.
Then, Ego Deception again shows us great guitar work, with a violent, somewhat Atoma-like frantic riff alternating with clean parts; also, is that a quasi-breakdown? Unexpected (just when we were starting to relax!) but welcomed with open arms.
A Drawn Out Exit, with its constant background of china cymbals, induces a somewhat anxious feeling, and paired with the previous song it constitutes one of the strongest moments of this album – alongside the beginning.
Empires Lost To Time is the final manifestation of the heavy side of Moment, before In Truth Divided, a slow and melancholic ending. These two songs together illustrate both the elegance and the fortitude of the sound of Dark Tranquillity; a sound that brings us feeling of vague longing and nostalgia.

From a technical point of view, the sound is a bit drier than Atoma; Moment isn’t quite as fast as The Gallery or as violent as Damage Done, but it takes a little bit of everything; as I’ve said, Fiction is what comes to mind, with its atmospheric, dry and melodic sound. Mikael Stanne’s vocals, worth noticing, are still one of the best of the genre.

Overall I like this album – I might not love it as much as I adore Damage Done, but it is a good album, done in a way that you just know that those who made it are expert musicians who simply perform on a whole another level.
What this album seems to lack, however, is variety: like every good melodeath release, it has the riffs, but it always feels like there’s only a handful of them, and while Moment is not particularly long (12 songs in 49 minutes, about the same length of its prequels) it does feel like it’s way longer. Maybe this is where we miss Sundin the most. It’s a tricky situation, because this album is never boring but after a while you begin to think “oh, there’s more? I thought we had reached the end already”. So yeah, this moment of time is perceived as longer by the listener, but these minutes do not feel wasted by any means.

I would say that the “lightness” of the album is a double-edged blade: on one hand it provides a sense of progression thought the album, which greatly helps with immersion (a quality I’ve always found, and praised, in the band’s work), but on the other had it might be the reason we perceive a lack of variety, as it’s clear that while Stanne & co. are masters of their trade no matter the heaviness, with a little more distortion they perform better.

In conclusion, Moment can definitively join the list of “great melodeath album of 2020” – and possibly the “great album covers of 2020” one as well. Dark Tranquillity successfully add another entry to their almost-30 year-long career, and they do so with an album that, while not flawless, perfectly encapsulates the latest period of the band and it is a tender yet cold caress to the listener’s ears.