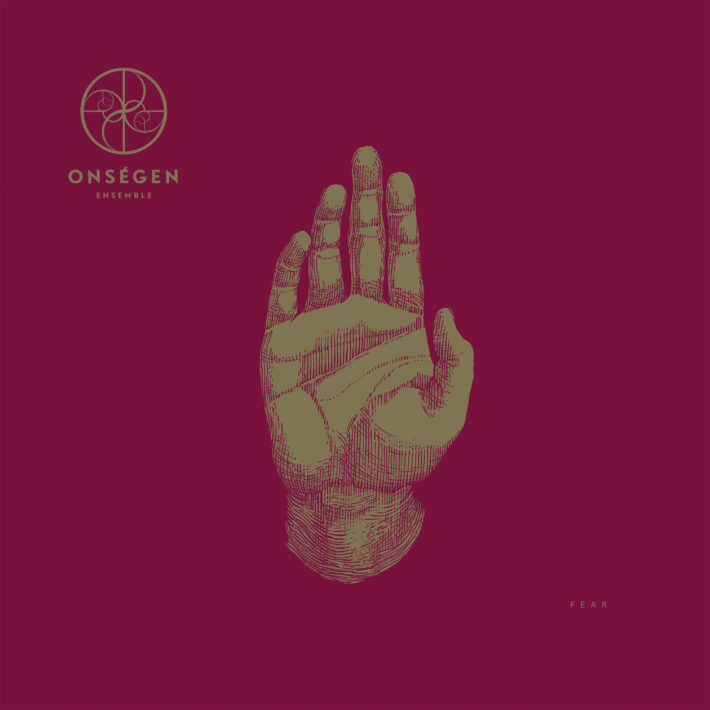 Movie soundtracks don’t always feel like music to me. I understand that they, in fact, do fall under that term, but because of their subservience to another form of art, they feel like they are lesser than their cinema-free counterparts. I’m sure I miss a lot of good music this way. Luckily for me, this bias does not extend to albums that merely sound like soundtracks rather than actually carrying that responsibility.

Fear is the third full-length release by Finnish prog rock/metal band Onsegén Ensemble. This group plays with a very orchestral progressive sound, and fills their music with full, lush sounds. Trumpets, chanting, and light singing abound. There appear to currently be a mere nine members of the group, down from the much more bloated ten that appeared on their last full-length. The promotional material for Fear describes the music as “cinematic,” and that descriptor ended up being much more accurate than usual from those promotional blurbs.

Everything on Fear paints a vivid picture. “Cinematic” might actually sell this album short, it would not surprise me to discover a scrapped movie for which this release originally served as a soundtrack. The continuity resulting from this consistent atmosphere gives Fear its best moments. Each track, each passage, and seemingly each note stretches out and basks in their own sounds. Because of this and despite the relatively long tracks and the meandering nature of the music (which remain issues, as I will get into later), everything clicks together to be part of a greater whole.

This shouldn’t give you the impression that every moment drives forward. That is far from the case. The lost movie I imagine Fear accompanying would need to contain many scenic shots over sparsely populated landscapes. Worldbuilding would take up the bulk of the runtime. Plot would be spread thin between picturesque rolling clouds and sunlight. In short the excellent climaxes that some of these songs attain sound more like inevitable conclusions rather than the point of the music, and any listener who approaches this album with an expectation beyond enjoying a gentle ride will leave disappointed.

However, that gentle ride sounds beautiful. Onsegén Ensemble knows how to orchestrate their music. The trumpet in Fear features prominently, and when blended with the guitar creates some very pleasing harmonies. Everything fits together naturally, like sand blowing across a desert and settling down in a pattern older than humanity. It amazes me how well the Onsegén Ensemble integrated the trumpet into their sound. On a typical album of this sort, the trumpet would be a prominently featured instrument that is either the focus of the music or entirely absent. On Fear, yes, sometimes the trumpet is the clear solo instrument, but sometimes it simply provides color. The whole thing feels much more authentic than some other attempts to bring non-standard instruments into heavy music.

For all of Fear‘s pleasantries, some parts dip below the quality that this band can reach. As mentioned, the music meanders quite a bit at times. Yes, those aimless moments still sound beautiful and all that. However, I got impatient listening to this release a few times. Although I enjoy that the music stretches out David Gilmour style, and that Onsegén Ensemble prioritized their sound over their virtuosity, it felt like they could have gotten to the point sooner at places. Cramming as many notes as possible into a second isn’t the only way to write masturbatory music. Additionally, the “progressive” part of this progressive music sometimes fails the listener. Sometimes patterns repeat and progress the music forward, and when this works everything is fine, but sometimes those repeating patterns just sound like repeating patterns, at which point the music turns from beautiful to annoying.

Although Fear wasn’t perfect, Onsegén Ensemble have crafted a remarkable album. As the final scene of the album fades to black and the credits roll, I smile at what I’ve just experienced. Nothing, be it talent, genre conventions, or ego, got in the way of creating the atmosphere thatOnsegén Ensemble required for this album to work. If you lean towards the more brutal end of the genre, this might not be for you, but fans of more lush, orchestral music will do well to listen to Fear.