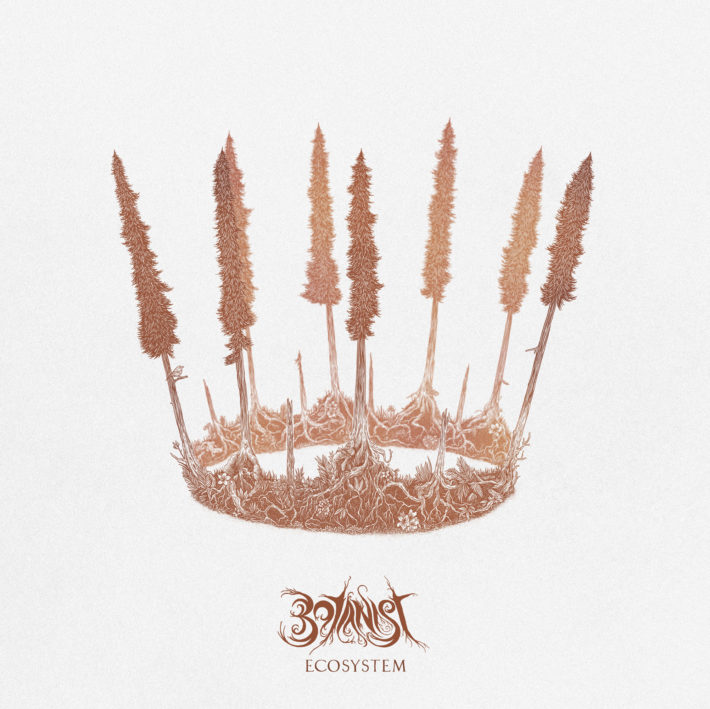 A while ago, I was browsing for albums to review, and came across a band called Botanist. Being a house plant/nature lover myself, I couldn’t help but feel intrigued by the name, so I went over to their Facebook to read their story, and I’ve got to say, it only increased my curiosity for the music. According to the band itself, they play green metal: a Nature-inspired experimental, avant-garde take on black metal. According to their Facebook, “the songs are told from the perspective of The Botanist, a crazed man of science who lives in self-imposed exile, as far away from Humanity and its crimes against Nature as possible.” So their motto, which they’ve been carrying out since 2011 is now more relevant than ever. After reading this, I just had to hear Botanist’s music.

Now, I do think labelling a band ‘avant-garde’ can often be problematic. In my experience, the label is often used for bands to sound cool, even though they don’t really express new or experimental ideas in their music. Botanist, however, more than deserves the label in my opinion. Not only are their lyrical themes new to the black metal genre (as far as I know), but their music is also extremely experimental. Instead of having a rhythm and lead guitar, like most black metal bands, the band plays melodies on a dulcimer, accompanied by a harmonium as a foundation. The band’s upcoming record, Ecosystem is recorded with the live line-up, adding a separate drummer and a bassist to their normal line-up of two people. The record will be released on October 25th of this year and it’s about mankind’s impact on the Western United States’ redwood forests.

The first impression the album left on me was its bleakness and harshness. At times, the music can be really minimalistic and grim, whereas at other times, it’s overwhelmingly dissonant and heavy. Something else that really stood out was the spaciousness of the record. When you listen to the music, it’s really as if you’re in a huge forest, it makes the listener feel quite small in comparison to Nature. In general, the album has a really narrative quality to it: the songs alternate between minor and major chord progressions, expressing feelings of distress as well as hope. At times, the intense music is in the spotlight, whereas other moments it’s but a light accompaniment to the spoken word.

The album’s opening song, Biomass, starts with a simple, bleak melody on the dulcimer, after which the harmonium, drums and bass join in to suddenly make the song really intense. Having a dulcimer and harmomium instead of guitars creates another contrastive aspect to the music. On the one hand, the two instruments themselves sound rather friendly, but the intensity in which they are played, combined with the drums and the bass, give it that raw, black metal-esque intensity. And when the vocalist screams his lungs out on top of the rest, this image is complete. It’s definitely something I’ve never heard before, a really original and unique sound for which the band certainly deserves some attention. The second song, Alluvial, also starts with a minimalist melody, after which the rest of the band joins in. As opposed to the first song, however, the song is less intense. This is partly because of the vocals, that differ quite a lot from the ones already heard. Instead of raw, screeching vocals, there’s a fragile, almost peaceful voice that sings the lyrics. This is another example of the marked contrasts on this album. And these different types of contrasts keep appearing over the course of the record. There’s beautiful, almost lullaby-like sections, that could suddenly be followed up by dissonant intervals that slam into your eardrums like an axe into a tree.

In short, Ecology is definitely one of a kind. It’s not for everyone, but anyone who’s a little open to experimental music will enjoy the record as something that’s weird, but somehow works. The contrasts on this album are tremendous: hope and distress, clean vocals over a harsh and dissonant accompaniment, or instead, peaceful instrumentals over which the vocalist screams his lungs out. If this has sparked your interest, I’d recommend you check this out. You won’t regret it.