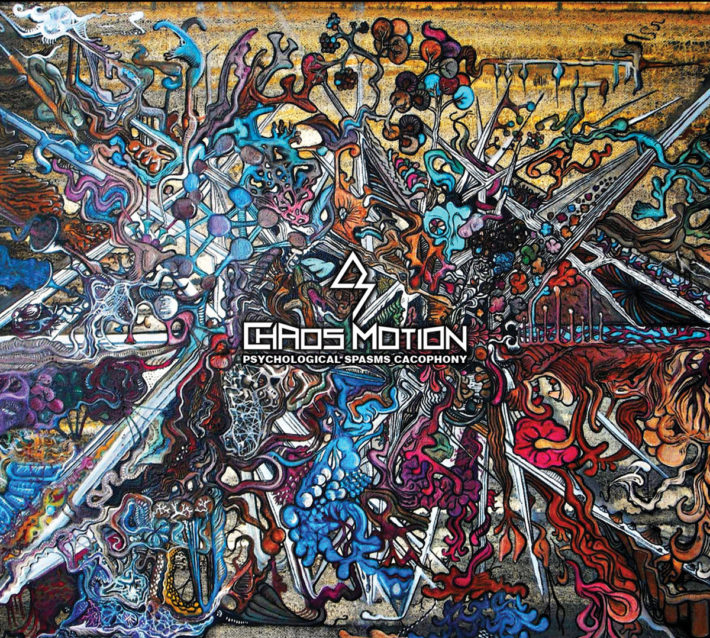 There once was a composer named Mozart. If you haven’t heard of him, he was kind of popular a couple hundred years ago. One of the interesting twists of his composing life, though, was the number of followers he had. People who were extremely overly optimistic about their composing ability heard Mozart’s music and were inspired to set out making their own brand of Mozart-flavored music. A lot of them managed to succeed in making music in Mozart’s style, but because they simply didn’t have the same skill their music sounds much worse and is mostly forgettable. A similar thing happened a while later with Schoenberg and Stravinsky, whose atonal music managed to convince an entire generation of composers who couldn’t write a melody to save their life that they too could be successful by aping the sound of their more-skilled inspiration. It’s a good sign that we’re at the point that the same thing can happen in metal. This brings us to Chaos Motion, who heard Gorguts’ Obscura and thought, “yes, let’s do that.” And thus was Psychological Spasm Cacophony born.

Calling this album a copy of Obscura isn’t completely fair, because the sound does differ by quite a lot at times. Chaos Motion has made something much more abrasive and weird than anything Gorguts has ever done. Additionally, this isn’t entirely a case of a band trying to take someone else’s sound, as Colin Marston was involved in the creation of the album. But the influence is clearly apparent in the music and plainly stated by the band. This is a technical death metal album in the style of Gorguts.

For the most part, Psychological Spasm Cacophony prides itself on being unlike other music. However, there are still melodies on this album, as much as Chaos Motion tries to hide them. There are moments where everything comes together and the rhythm is suddenly simple and makes sense. The moments that straddle this contradiction are the best moments on the album. Moments that have definite ties to the rest of the genre, and feel as if they are trying to break away but are still just barely weighted down. This creates a level of interest and gives the dissonance meaning. Dissonance on its own without context is nothing more or less than any other harmony. When it’s contrasted by a hint of a more typical brand of death metal, though, it sends a knife through your spine.

Psychological Spasm Cacophony, at its best, sounds like death metal that came from an alternate dimension. It sounds like there are definite melodies and structures and underlying musical concepts that form the basis of their music, like a riff or chorus would in our reality’s version of death metal. It makes cohesive sense, just from a very different point of view.

To rip off a very popular television show that squandered great production and acting with terrible writing as soon as the source material ran out: When you play the game of avant-garde music, you either win, or you sound awful. Unfortunately, Chaos Motion doesn’t always win here. The alien-like moments are great, but they can stray too far into sounding like they’re just being different for the novelty of it instead of writing what they think would actually work. The promo material calls this an “ugly, mysterious, gut-wrenching album that will befuddle listeners time and again,” and the unfortunate part of making that your goal is even if you succeed, it doesn’t make something good. At its worst, this is simply a proof of concept that does not justify its existence. These worst moments at least include the intro, outro, and the interlude-like “Inner Chaos,” all of which completely miss the mark. Add in a moment here and there, and almost half the album is veering dangerously towards “sounds awful” territory.

I have no idea what I will think about Chaos Motion next year, or even next week. This album was never going to get a middling score. It either works and therefore is amazing or it doesn’t work and is just annoying to listen to. Song by song, passage by passage, this flips back and forth between amazing and terrible, but tentatively, the album as a whole works. Chaos Motion doesn’t sound similar enough to their inspirations that they sound like they’re just copying someone else’s test answers, and they’re talented enough that they can run in the same field as Gorguts and friends. Maybe some of the parts that don’t work for me yet will settle in eventually and maybe they won’t. Either way, the intriguing moments on Psychological Spasm Cacophony outweigh the annoying ones enough that I think it’s at least worth approaching, and is therefore amazing.