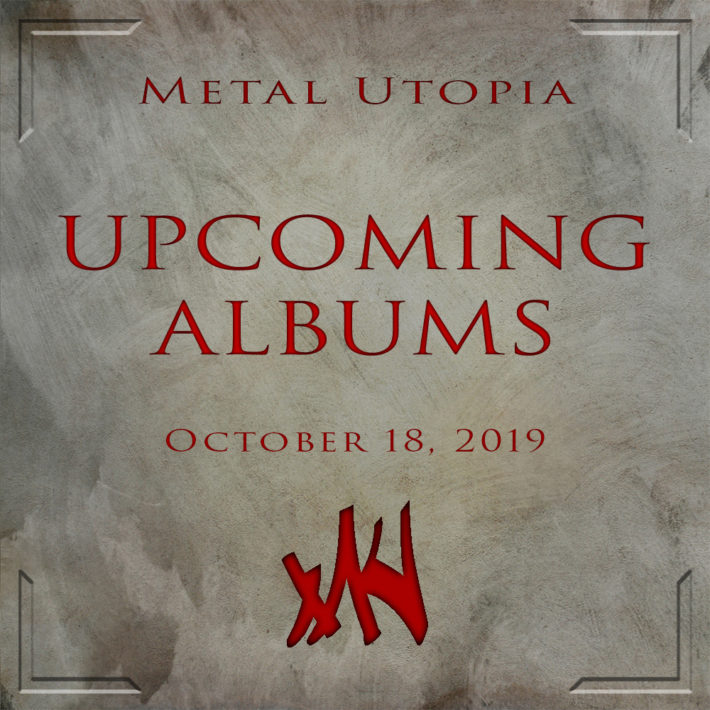 On the heals of their gorgiously heavy, both emotionally and musically, 2018 album, Ultha are returning in a promising fashion with what seems to be a continuation of their brand of fast, harsh, and emotionally grim black metal.

I really thought this record was poorly advertised, so I will do what I must to make everyone aware the prog-metallers Uneven Structure are finally back to drop a new record. Februus will always have a special place in my heart as being a staple in the atmopheric prog metal and I hope that this record is a natural contination of that!


Leon is looking forward to Teitanblood’s The Baneful Choir, and Grave Upheaval’s Demo:

What’s some of the grimmest, heaviest shit I can get my hands on? Teitanblood is likely to scratch that itch. Starting with their last release, the “Accursed Skin” EP, they upped their production game into full on dank cavern mode. Excited to see what they’ll pull this time.


And while we’re on the subject of cavernous production, Grave Upheaval sounds like bass boosted field recordings of a volcano erupting with some blast beats for good measure. I know this sounds very appealing to some of you so don’t miss this rerelease of their demo material.

It has been three years since I Declare War released their previous album, Songs For The Sick and became a fully independent band. They are now ready to unleash their latest effort, this time in the form of an EP. Production duty was handled by Aaron Kitcher of Infant Annihilator and from the sound of the first song they released, it seems like this EP will be some of the most ruthless and relentless material they have ever made.


Rutger is looking forward to 1349’s The Infernal Pathway:

Norwegian black metal formation 1349 is set to release their upcoming full-length record this Friday. The band has already released two singles from the album in EP form, each combined with a live recording of another song, and those sounded cool, so I’m looking forward to hearing the complete record.