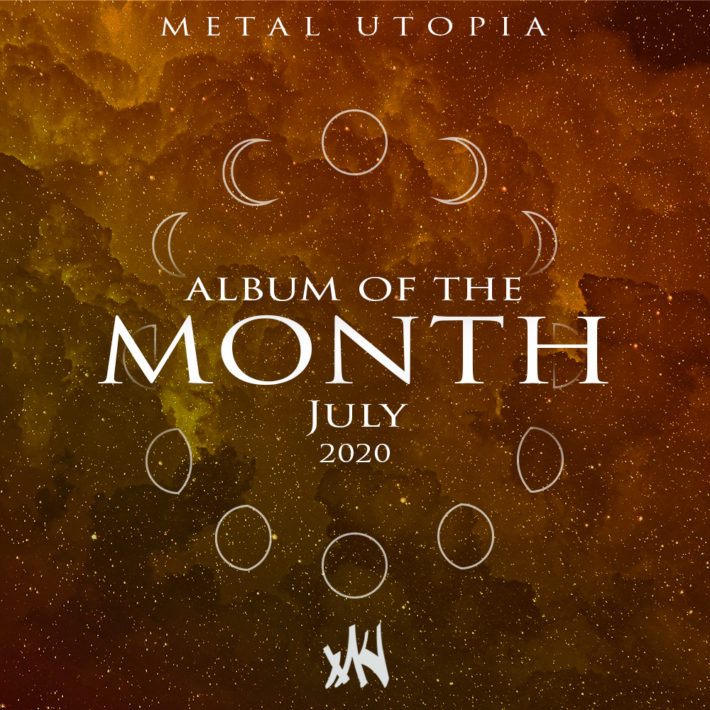 And here are our favorite albums of July:

This funeral death/doom monster of a record is themed around dealing with grief, having it perfectly expressed in the music. It’s heavy and gets more and more heavy throughout the record, highly recommended!

I was disappointed by Haken’s last album Vector, so Virus is a bit of a relief. Haken moves their sound forward, adopting a heavier sound than they typically use while maintaining their clear prog sound. Virus sounds like Haken are comfortable enough in their sound to have fun again.

Kommand have been on my radar for the past few years after releasing two excellent demos. Terrors are is their debut full length and it did not dissapoint. This is the way that death metal should be played. Cavernous and filthy. This album has been on repeat all month.

Like Voivod but evil, vile and somehow even more alien. Supreme proggy death/black with a well measured dose of thrash. Absolute riff-fest. One of those records that sucks you in and by the time it’s done you’re wondering how did the past 40 minutes pass so quickly.

Yet again Haken have released another record chock-full of impressive songs. Although being the sequel to Vector, Virus is most certainly a big improvement from that record. The back half of this record is filled with reoccurring motifs from other tracks from their discography and its a fun trip down memory lane to say the least! Haken have never been a group to necessarily disappoint, but they’ve certainly found a formula that works for them and are sticking to it.

I believe that I’ve said everything that I need to about this amazing album in my review. However, if you’re looking for the short version, here goes: Skeleton’s debut album is a vile, raw masterpiece of blackened punk.

Contrapuntal brass section intro? Are we listening to a modern collegiate big band? Nope, its Voivod. Once again, proving they are light years ahead of their metal contemporaries.