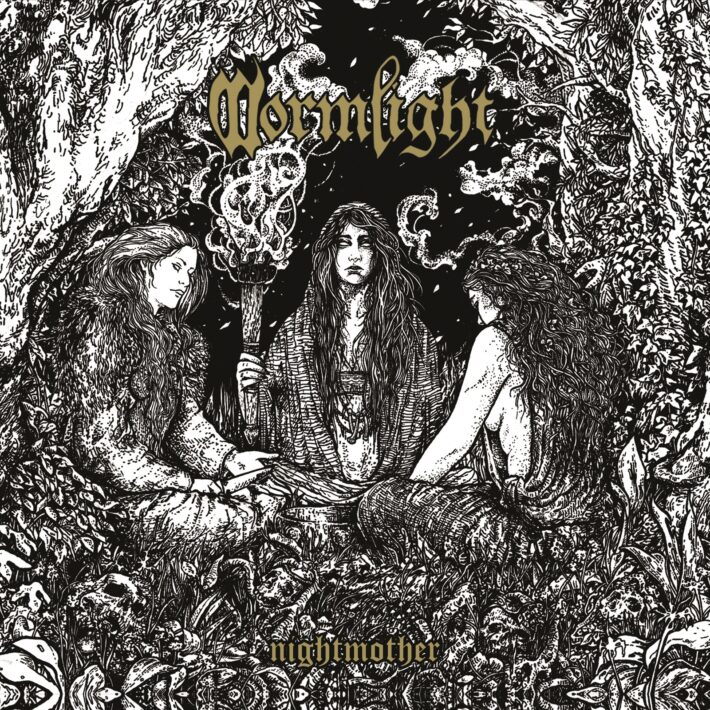 Some days, I feel like the only person on the internet that thoroughly enjoys Dimmu Borgir’s latest offerings. In fact, I’m pretty sure that Eonian made it into my Top Ten Albums of The Year when it was released. That being said, I put on Spiritual Black Dimensions when I was driving to work the other day, and was reminded how different and awesome their earlier stuff is.  While I am a sucker for huge orchestral moments and gorgeous melodies, there is something to be said for aggression and cacophony dominating the subtle melodic motives found on these records.  These touches tend to build a more sinister atmosphere compared to the epic soundscapes found in these larger orchestral works.

As much as I would like to go on about my love for Dimmu Borgir and all things symphonic metal, this review isn’t the space for that.  However, when I first put on Nightmother, it instantly reminded me of the early Dimmu records and that more sinister tone.  Wormlight’s latest offering has introduced a refreshing dose of melodic black metal into my music rotation.

While my knee-jerk comparison for this album was Dimmu Borgir, don’t be fooled into thinking it’s a symphonic metal record.  While it is drenched in melodic riffs throughout, black metal is the foundation upon which the record is built.  Tremolo picking, blast beats, chaos, dark atmosphere, etc.  It’s all there.  Wormlight did not sacrifice style for melody.  There was never a moment on this record when it slowed down or fell away.  While things might “slow down” like they do in “Blood Wine and Spirits,” it’s still very heavy.

While black metal may have been the foundation, the death metal influences are the support.  The vocalist reminded me of Behemoth’s Nergal on more than one occasion.  That, combined with the pristine production that allows for more low end to come through, give the record a very blackened-death metal feel.  Songs like “Hounds of Apophrades” or “Aeon of The Wolves” felt like they could have been Behemoth b-sides.

Speaking of the production quality, I find myself in an unusual quandary.  Normally, I prefer the “squeaky-clean” and crisp production styles.  As I’ve sunk deeper into the musical void that is black metal, I’ve learned to appreciate the lo-fi aesthetic that has become a part of the genre itself.  When I first put on this record, I liked how tight and clean it sounded.  But repeated listens have left me wondering if a “lesser” quality would have been a better fit.  The tone of this album is begging for a sonic quality akin to a cavern in the mountains of Europe, or a ritual deep in the woods.  That is not quite captured here.

All that said, this is an enjoyable listen.  Maybe not album-of-the-year material, but I would say not completely ignorable either.  Future releases from this band could be something to keep an eye on.