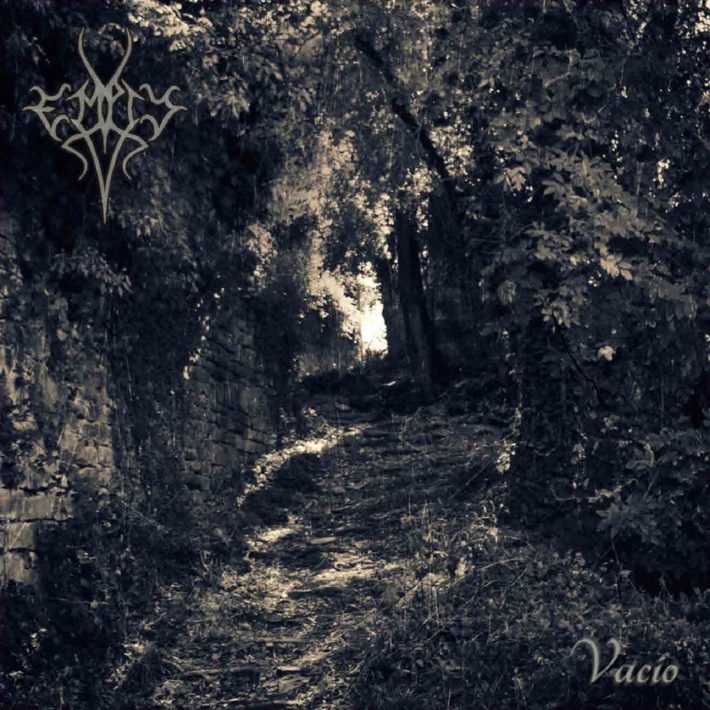 Let’s start with a question that does not have a straight answer but is nevertheless illuminating. Does Empty play depressive black metal? On one hand the band name, song titles and overall themes and aesthetic point towards this. Even the band professes to play “pessimistic black metal”. On the other, Empty do not follow the musical conventions of the subgenre. Slow-to-mid tempo, simple minor key melodies, wretched production and other characteristics set up by pioneers such as Burzum and Forgotten Woods and well maintained by followers to this day. However, Empty still paint a very convincing picture of despair and solitude just as well as others, and in a black metal style that is entirely their own.

On “Vacio”, Empty employ a wide array of musical tools. A decent amount of synth, mostly for a layer of ambiance. Piano and strings are used effectively in places. There are even sections of Spanish-style acoustic guitar. The overall sound is somewhat reminiscent of Emperor (but thankfully less intense, Empty’s ideas need more room to breathe), and with it comes that sort of progressive edge, whether in the musicianship or songwriting aspects. The guitars and drums are rarely simple repetitive tremolo riffs and blast beats, but always try to keep things interesting, such as in “Empty” when the song unexpectedly explodes with a blazing riff which turns into an equally furious guitar solo. Good melodic variation is present, as well as plethora of pleasing details that show great care went into the instrumentation. Songwriting is the same with a mastery of transitioning between disparate sections – and there is quite a choice between quiet segues, atmospheric bits, straight up black metal and all the bridging parts that bind them.

The vocals are quite varied – regular black metal croaks, semi-clean wails, gutturals, whispers, spoken-word and variations of all mentioned. It perfectly serves the haunting atmosphere – a constant upsetting by apparitions’ voices. The basswork also needs to be specially mentioned. Drizzt, the bassist, has some proper skill, but that which is not focused on technique, rather on intuition. It’s rarely just a background supplement to guitars, but a layer of its own, sometimes very successfully taking front stage with sweet countermelodies. Thankfully, the production gives him a lot of room to express.

Let’s touch on the themes on this album. “Vacio” claims to be inspired by the book La Lluvia Amarilla (“The Yellow Rain”) by Julio Llamazares, a story of an old man who is the last living resident of a deserted village in the Spanish Pyrenees, for whom remains nothing but to reminisce his painful past. Of this fact I’ve became aware only after listening to the album several times, and when I did it suddenly made perfect sense. The album masterfully evokes this atmosphere – haunted wanderings of an abandoned man, oppressive desolation and restless specters of time gone by. That it managed to elicit this sentiment purely musically, even before one becomes aware of its explicit intentionality is really saying something. This is due to the superb musicianship and songwriting I was talking about – Empty do not vaguely grasp at some idea or sensation like some less experienced bands would but tell a complex and compelling story in a developed and cogent manner.

This is Empty’s fifth full length album. A brief listening of their previous one, “Ethica Profana Negativa” (also a very good one) reveals an already developed and coherent style. But with this one they’ve managed to elevate themselves to a higher level. Empty appears to be a determined and serious band, and this record seems to foretell a bright future, hopefully gaining the deserved respect and recognition that they seem to currently be lacking, as well as drawing attention to the equally undeservedly obscure Spanish metal scene.

Let’s get back to the original question – do Empty play depressive black metal? If you take it as a set of musical stylings, then they are certainly too far from the mould. If you take it as being defined by themes and general feel, then Empty have crafted their own dark vision of despair and solitude, but one with a much wider range of emotions, a complex portrait of tortured consciousness, haunted by paralyzing regret, and longing for relief. This is an album I recommend to all fans of black metal, but also to anyone who likes their metal with entrancing ghost stories

Tracklist:
1. The Yellow Rain
2. Empty
3. The Rope At The Mill
4. We All Taste The Same For The Worms
5. The Night Remains For Who Is
6. The Pilgrim of Desolation
7. Filandom Under The Sign of Misfortune
8. Deathlorn