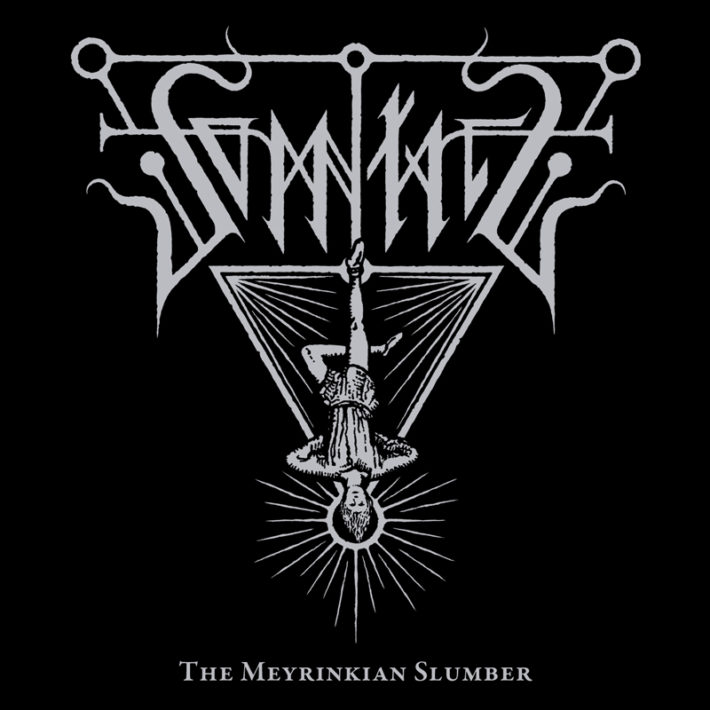 Somniate are a young band out of the Czech Republic that play proggy black metal. Their debut album, The Meyrinkian Slumber, is based on a famous novel called “The Golem” written in the early 20th century by Gustav Meyrink. I haven’t read this novel. If you have, then first off, good for you, but also, you may appreciate this release more than I do. Here, I’m ignoring the literary influence and judging Somniate’s work purely on its presentation as a black metal album.

The riffs on The Meyrinkian Slumber range from forgettably fine to freakishly good. Somniate is at their best when they settle into a groove and let the listener soak in the sound. Sometimes they over complicate their music and dilute the effect, but usually they manage to stay out of their own way and let the melody shine. It is impressive that this young of a band has managed to make so many melodies that are complex, that compliment the rest of their music, and that are also catchy. If Somniate improve over time and become a new tree in the forest of accomplished black metal bands, their riff prowess is likely the seed from which they will grow. Even Somniate’s bad riffs and the riffs that overstay their welcome, both of which exist throughout The Meyrinkian Slumber, seem less like failures and more like creative risks that didn’t quite hit.

The Meyrinkian Slumber dips its toes into dissonant pools, but never makes dissonance the primary focus of the sound. This isn’t Dodecahedron. That ends up working out well for the listener, as Somniate tend to use dissonance like a good chef uses mayonnaise: there’s enough there to amplify the other flavors, but it doesn’t outweigh all of the other ingredients. Somniate again show remarkable songwriting ability for such a young band, as they manage to keep their sound as dissonant as they want while giving their amazing riffs the primary focus.

The drum production on this album is not on par with the rest of the album. Individual drums feel either too loud or too soft, depending on the drum, and the bass drum in particular seems like its sound has been dampened with a wet cloth. I don’t know why the band and producer made the choices they did, but it doesn’t work with the rest of the album and distracts from what Somniate have crafted. This is particularly jarring because the drums are the only thing that sound off to my ear. Everything is at least non-intrusive outside of that drum production. The drum patterns themselves are fine, even engaging in places, but in this context that feels like more of a waste than a redeeming factor. This bizarre production also feels like an intentional aesthetic choice, so if you are feeling charitable or have a drastically different opinion on the relative merits of different drum tones than me then you’ll probably think this album is better than I do. This is a nitpicky quibble, but it was something that I noticed on every single listen of The Meyrinkian Slumber: The drums simply felt off and out of place.

More importantly, Somniate often sound like they have no idea where to go when writing their music. Their transitions sound like a skier having a bad dream where they are skiing down a slope, except the slope is constantly shifting and defying gravity, and their skis have been replaced with overly large and slippery slices of pizza. There are great moments, as I mentioned earlier, but they aren’t cohesive. As soon as an amazing riff reveals itself in the music, the ski slope shifts and no longer makes sense. Once those great moments are gone, the album just feels hollow, like there are instruments that were left out of the final cut but that served an important role in filling out the sound. The Meyrinkian Slumber doesn’t run for very long, but large sections of its length feel pointless.

Overall, The Meyrinkian Slumber had some flaws that couldn’t be ignored, and some that, although they were minor, I couldn’t look away from even though I wanted to. Despite those flaws, this is a promising debut from a band that shows extraordinary songwriting prowess. Some of their creative risks didn’t pay off, but enough hit that Somniate’s debut felt satisfying in a way that not all releases do.