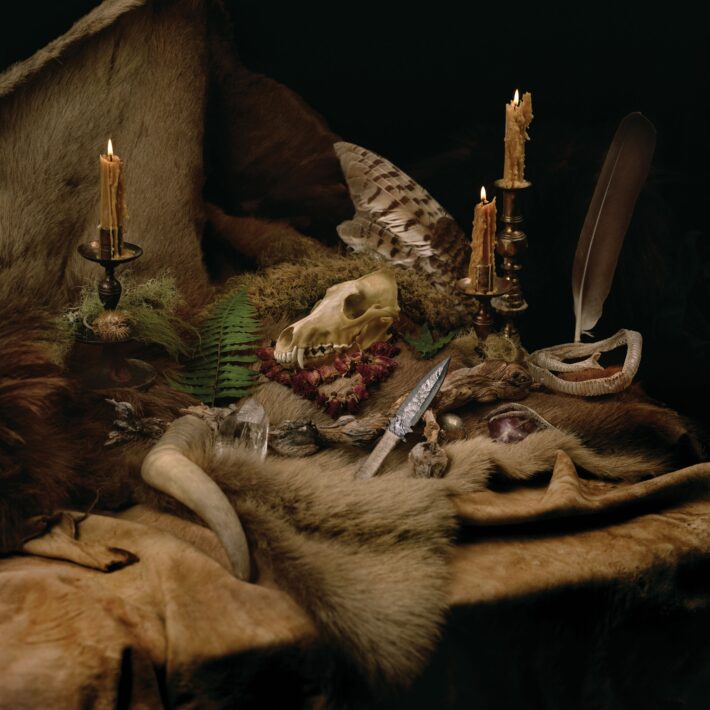 My first experience with Wolves In The Throne Room (WITTR) was shortly after the release of Celestite. It was near the beginning of my first year of college, and I had moved to a place where I knew no one. Being a fairly introverted individual, there was a span of time in which I had no friends, and rather than building a social life, I would hole up in my dorm and peruse the endless depths of the internet for music to fill that void. I was well along on the path of metal music, having discovered my love of all things progressive and symphonic. But the one genre I always hesitated to explore was black metal. Between its aesthetic, chaotic history, and my general unfamiliarity, young me was was timid about this dark fork on the road. Somehow, Celestite found its way onto my radar, and became one of the instrumental gateways into the cosmic realms of black metal.

Even though that particular record is not “black metal” by standard definition, it served to highlight the dark ambient side of the genre, which helped build my appreciation. Since then, I fell in love with Celestial Lineage and joined in the celebration of Thrice Woven with WITTR having returned to their black metal roots. And now I sit here listening to their latest offering, Primordial Arcana, and admire their craftsmanship as they continue to weave these musical threads into a work of art.

From the beginning of the opening track, it is clear that this album is heavier and cleaner than its predecessor. “Mountain Magick” is an onslaught of black metal cacophony, the ambient elements still present but taking a back seat to the thundering double bass and demon-like vocals. “Spirit of Lightning” and “Through Eternal Fields” call back to the folk metal elements of the band, with the former feeling equally at home on an Agalloch record as it does here. “Primal Chasm (Gift of Fire)” brings the tempo back up only to transition into the gorgeous “Underworld Aurora,” the first track to exceed the seven-minute mark. “Masters of Rain and Storm” is the only track longer than ten minutes, and it truly earns the title of “epic.” Lyrics tell the tale of a battle between Mountain and Sky, told through the soundscape that is just as heavy as it is atmospheric. “Eostre” serves as a stunningly beautiful epilogue, a reminder that they are still capable of dark ambient music. And “Skyclad Passage” is a bonus track that should not be skipped over.

With only so much space to write, it’s hard to truly capture how wonderful this record is. Aside from the incredible compositions, the musical performances were flawless. Aaron Weaver’s performance on the drums in particular is among the best in the genre. This, in large part, is due to the excellent production quality. Going back to Thrice Woven, the difference in clarity was noticeable. Every instrument on Primordial Arcana feels cavernous and open while retaining crisp discernibility.

I’m not sure if I want to call this a masterpiece or not, but every time I get to the end of it, I’m left with no other words. I feel like I’ve wandered into a forest under the shadow of a mountain. Just to left, an unknown ritual is taking place. To the right, storm clouds approach. And in front, in the fading light of dusk, stars begin to emerge to crown this snow-capped mountain. All those years ago, as I was beginning college, this kind of music, the world that it builds, is what I was looking for. An escape in a place built by this ethereal music.

Primordial Arcana has a place on Album-Of-The-Year lists. It’s crowding the competition for mine already, and there are still so many more to look forward to. Wolves In The Throne Room prove, time and again, to be experts of their craft.

Click here to visit Wolves In The Throne Room’s Bandcamp