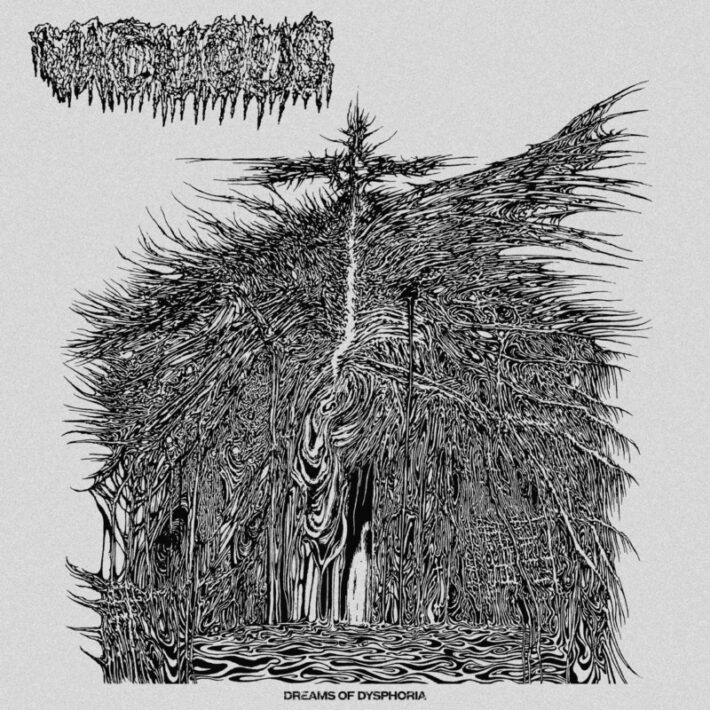 You know who often gets overshadowed in death metal music? No, it’s not bass players. It’s drummers. Relegated to the back of the stage and obscured behind a massive kit, the drummer is the engine, conductor, and railroad of the death metal train. They’re rarely the center of attention, and rarely have moments to shine, despite being the glue that holds bands together. A bad drummer will ruin even the best bands, while a great drummer can make a mediocre band sound monumental. Great drummers don’t get enough appreciation for what they do. Why am I professing this? Because Vacuous is one of the most remarkable examples of a drummer in OSDM dragging the band to the next level.

The drummer of London’s Vacuous is a man named Max Southall, who according to Metal Archives has done nothing else besides playing live in the fantastic Hellripper since 2018. But this man is a legend. I say this with very little exaggerating, the drumming on this record is crazy. It’s not especially showy or extravagant, but what Max does behind the kit sets him apart from the ocean of robotic death metal drummers out there. Every hit is massive and thunderous, with infectious groove and a monstrous sound. The kickdrum is beefy, and I especially love the reverb on the toms. Fantastic production helps to magnify his performance. He travels around the kit with perfect precision, making downbeats that lurch your body into a sway. A firm snare hit and then the cherry on top: the cymbals. Max’s cymbal usage is among some of the best I’ve ever heard. Fantastic use of disjointed bell hits interspersed in blast beats and even the bluntest cowbell I’ve ever heard. The little ornaments he adds to every fill, perfectly blended into the cacophony, add so much texture to what is ultimately fairly straight-forward death metal.

A truly great performance will impress on first listen and then also reward repeated listens. But the rest of the band holds their own as well. Fat riffs and throaty vocals flesh out the space, supported by the massive sound of the rhythm section. Minus a short interlude, this record is riffs from wall to wall, with a succinct runtime and enough variation to keep you hungry for re-listens. In a scene full of slasher-horror death metal, Dreams of Dysphoria has body horror written all over it. Grotesque, malformed, monstrous. It’s nothing earth-shattering, but even in a year full of great death metal, this one stood out. Me Saco un Ojo has been on a tear this year. It’s already out, so I’ll save word count by just telling you to go listen to it.