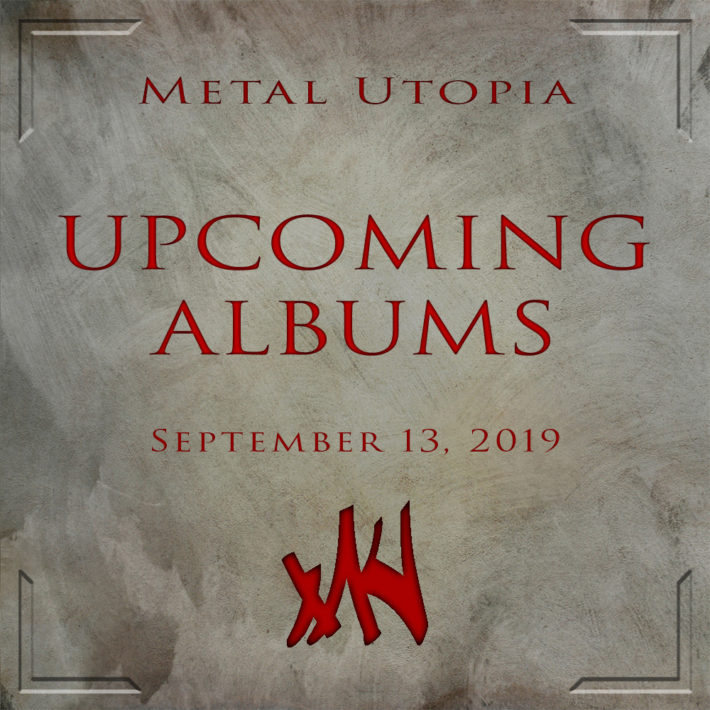 JP is looking forward to Chelsea Wolfe’s Birth of Violence:

Chelsea Wolfe is back with her follow up to the very unique Hiss Spun. Blending drone metal, folk, ambient, and gothic rock for one really unique musical experience. This amalgam of genres is definitely more than a grower than it is a shower and certainly takes a little to truly appreciate its beauty.

Fiercly and unapologetically political, Cloud Rat is finally following up 2015’s Qliphoth with the ferocious Pollinator. A beautiful reflection on the brutatlity of our current system and the anxieties it creates, this album will rip you from your securities with a perfect balance of existential fury and absolutely ripping drums and guitar.


Leon is looking forward to Atlantean Kodex’s The Course of Empire, Crypt Sermon’s The Ruins of Fading Light, and Wigrid’s Entfremdungsmoment:

Speaking of epic doom, here’s a band that took plently influence but still veers more towards the heavy metal side of things. Hell, I can even hear some power metal. But it’s still quite sombre stuff, and Atlantean Kodex have been doing it very well for ten years now, with this being their third full length.


If you’ll allow me a hot take, nobody does epic doom metal nowadays better than Crypt Sermon. We’re well past the style’s golden age but these guys play with as much conviction as if that time never passed. Their debut was superb and the singles off of this one show that they’ve improved in every department. Very much excited.


You know, it’s always kinda nice to see DSBM bands resurrected after a long while. At least you know the people behind them are alive and well. Wigrid has been gone for a very long time after releasing two Burzum-worshipping DSBM delicacies in mid-2000’s and hopefully, he’s still got it.


Matthew H is looking forward to Infant Annihilator ‘s The Battle Of Yaldabaoth:

Releasing on September 11, the third album from Infant Annihilator is primed and ready to melt everyone’s face. The extreme metal trio don’t hold back with any aspect of their music and this album is sure to impress.


Rutger is looking forward to Korn’s The Nothing:

After Serenity of Suffering, which was released already three years ago, Korn are back with a new record. They already released three singles that sound really good. I’m excited for how the full record will sound.