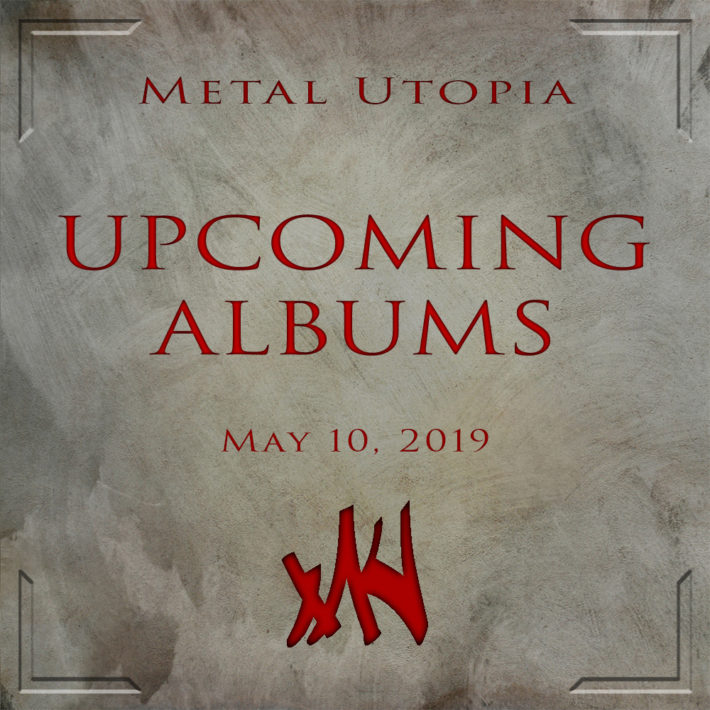 Raw and Satanic Black Metal from members of Witch King, Bog of the Infidel, and Cemetery Lights from the record label Eternal Death. I’ve been interested in this one since I heard a preview track on YouTube. Very raw and fresh sounding Black Metal by established and talented musicians from Rhode Island.


JP is looking forward to Employed to Serve’s Eternal Forward Motion, and Warforged’s I: Voice:

If you want some dissonant-yet-melodic metallic hardcore, Employed to Serve is the band for you. Eternal Forward Motion will be the follow-up to their beloved The Warmth of a Dying Sun and I could not be anymore excited to see hear what absolute madness the band have in store for us on this record.


This album will undoubtedly be the progressive death metal record to top this year. The album as a whole sounds like a neverending, hellish nightmare filled with little glimmers of hope and beauty. If you like death metal to any extent, this record is one you cannot miss.


Joey is looking forward to Hands of God’s Blueprint for Self Destruction:

This is some nasty metallic hardcore that is getting the proper physical release it deserves. Featuring members of Gulch, Vamachara and more this EP is a crusher. Features a vocal track from the singer of Year of the Knife. Do you need more of a cosign than that?


Josh is looking forward to BIGIBRAVE’s A Gaze Among Them, and Possessed’s Revelations of Oblivion:

These Quebecois post-rock up-and-comers are back with what promises to be another masterpiece. The two tracks currently available on their bandcamp show the three-piece doubling down on the droning use of space, swelling tension, and moaning vocals that make them such a formidable band.


After 30 years, Possessed is back! Well, Jeff Becerra is back. But he is fronting a killer lineup of talented and ripping musicians. This is the album we were all hoping Beyond the Gates was going to be, and is a comeback worth every headbanger’s excitement. Old school death and thrash fans, put your horns up to your true masters!

Tech-death pros’ last album was concise (only 30 minutes!), tight, memorable and almost entirely wank-free! Excited to hear what they’ll do next.


Traditional doom that is just traditional enough to have that vintage aroma but not enough to be hopelessly mired in stylings gone-by, i.e. trad doom the way it’s supposed to be done this decade.


Canada’s far-east-inspired bass-guitar-n-sitar psychedelic doom band present us with their third offering poised to take us on another deep trip.