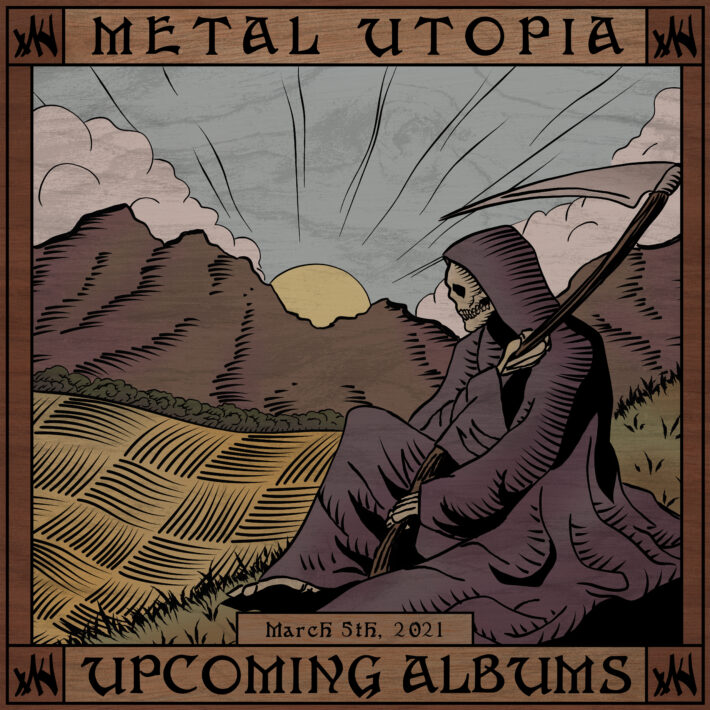 Chaz is looking forward to Baest’s Necro Sapiens, and Brand of Sacrifice’s Lifeblood:

With a sound that’s hard and a name that’s even harder to pronounce, Baest delivers stomping, energetic death metal in the image of Entombed, Grave, and Bloodbath.

Wolvennest goes hard into hypnotic psychedelic doom with more than a bit of krautrock influence. This is their second record and I strongly recommend this band.


Their last year’s release “Under Acid Hoof” was a highlight of psychedelic stoner doom, so you know and why not do it again?


Sean is looking forward to Mork’s Katedralen, Terror’s Trapped in a World, and Wolf King’s The Path of Wrath:

No frills Norwegian Black Metal has been Mork’s game plan since their inception. While the albums don’t ever break the mold, Mork continues to release quality album after quality album and this is sure to be another addition to the great run the band has been on for almost a decade.


So it’s another Terror album, we kinda know what to expect. This probably isn’t gonna be some groundbreaking hardcore album, but it will at least be an enjoyable listen. The band is legendary and that alone warrants a listen.


Wolf King are one of the most interesting bands to come out in the past few years. Their debut, Loyal to the Soil and was an exceptional blend of black and death metal with hardcore that didnt sound like metalcore or deathcore. This is just pure aggression and is easily my most anticipated album this week.