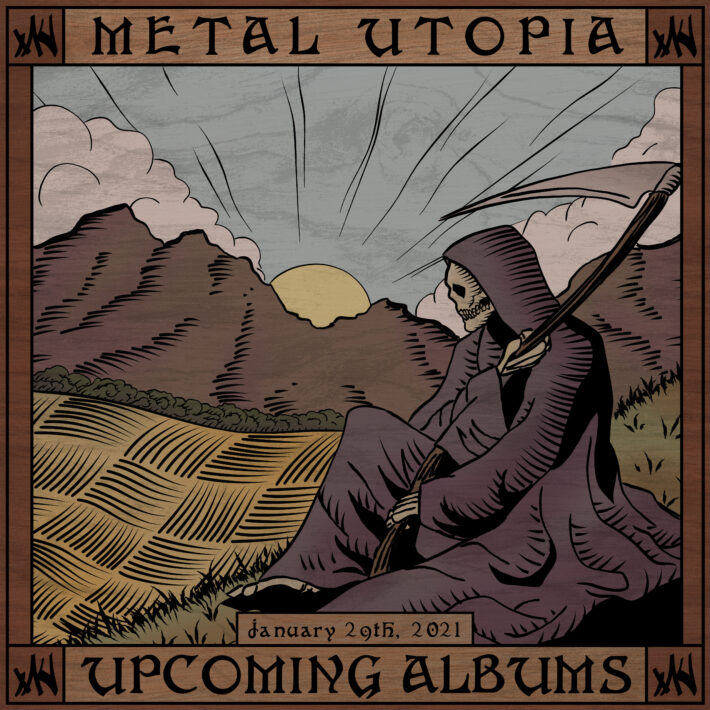 Sean and Rick are looking forward to Tribulation’s Where the Gloom Becomes Sound:

Tribulation’s last two albums have set them apart as one of the best bands in the extreme metal scene today. Blending Goth and Death metal the band has made a lane all its own which is simultaneously haunting and infectious. Where the Gloom Becomes Sound, is high on the list of my most anticipated albums of 2021 and hopes to be one of the best albums the year has to offer.

I’m new to Tribulation, but after seeing all the hype around this release and listening to the singles I have become more than intrigued with this album and I already sense it won’t disappoint me.


Leon and Sean are looking forward to The Body’s I’ve Seen All I Need To See, Portrayal of Guilt’s We Are Always Alone:

It’s ya boys The Body with another appoitment in their tireless release schedule to grind you into dust with their relentless industrial crushers.

By this point The Body needs no introduction. Another album means another descent into disparity and madness all under the bands brand of melancholic industrial soundscape.


Leon is looking forward to Human Serpent’s Heirlooms Eternal, and The Ruins of Beverast’s The Thule Grimoires:


Do you yearn for the days of good old swedish melodic black metal with the likes of Sacramentum and Vinterland? Human Serpent is here to scratch that itch and do it real good.

One of the best contemporary black metal bands. Alexander von Meilenwald is a musical genius. I don’t intend on elaborating further.


Rick is looking forward to Accept’s Too Mean To Die:

While Accept arguably haven’t been the same since Udo Dirkschneider’s departure and they still have it in themselves and they can put up quite a fight to demonstrate it; it’ll be always worth it to check out what they have been up to.


Sean is looking forward to Portrayal of Guilt’s We Are Always Alone:

With their sophomore album portrayal of guilt return with their highly energetic blend of screamo, hardcore and black metal. While this is not a sound solely unique to the band and no one does it quite as well. This is another album that I have been anticipating for a long time.