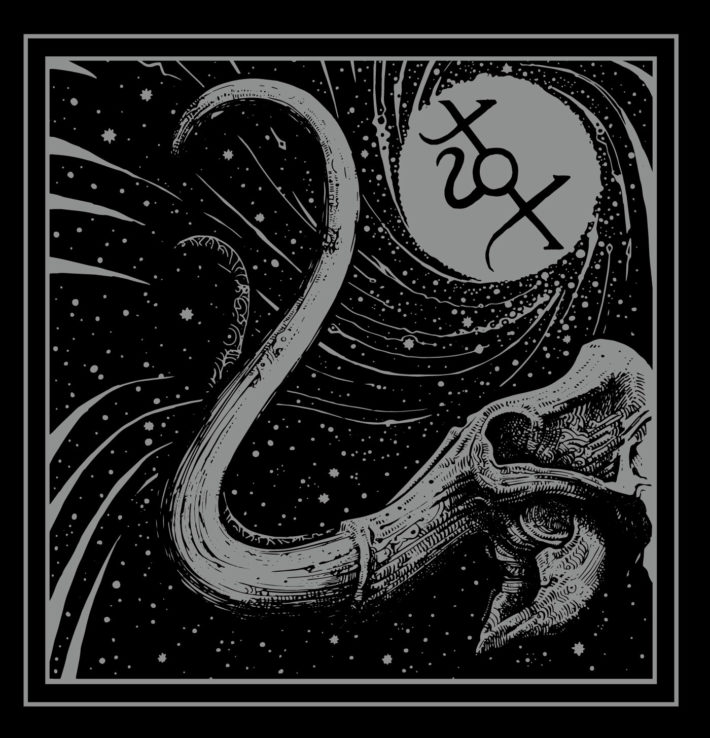 XX is concieved as a box-set containing all of Ufommamut’s eight released full-length plus a bunch of other goodies. As its name implies, it is a celebration of 20 years of Ufomammut’s existence. But before we continue it’s worth pointing out the question – who or what is Ufomammut? If you’re so unfortunate that you do not know the answer to this, you’ve come to the right place. This review will join in the festivities that is the release of XX and try to explain Ufomammut and their career, and ultimately, convince you why you really should know who Ufomammut are. But it’s not a matter of musical knowledge. They are not a band that you should know because they’ve been incredibly influential and hold great historic significance for the style of music they’re playing (even though their influence should certainly not be understated). You should know them, simply, because they’re a damn good band with a great discography.

So let’s do a short tour of that discography, shall we? Ufomammut started their career with 2000’s “Godlike Snake”. It came just at the start of stoner rock/metal’s second boom, coming after 90’s classics in Kyuss, Sleep, Cathedral etc. and being unofficially inaugurated with the release of “Dopethrone”, Electric Wizard’s gamechanger which, arguably as the heaviest album released thus far, inspired a decade of decimating heaviness. “Godlike Snake” being released the same year didn’t catch as much attention but was no less a herald of what’s to come. It too pushed the limits of heaviness with unprecedently thick and loud production that even to this day few bands can match. But the two bands chose two different answers to the Black Sabbath conundrum. While Electric Wizard stayed to wallow in the corruption and hatred of this world, Ufomammut chose the “Into The Void” answer and sailed off into space. “Godlike Snake” already contains everything that would make them so good – the insanely heavy production, the abundance of spacey synthwork and some seriously groovy riffs. While this is a great record in its own right, the band would continue to hone their craft and make something even greater.

In “2004” came “Snailking” and it showed that Ufomammut were not content with being just another stoner band. While it lacks coherency of their other album (something which they became quite good at) showing a band experimenting with a lot of various approaches and thus resulting in quite a diverse set of songs, it was still a collection of top notch stuff. All elements from “Godlike Snake” were here but somehow made even better. The production was heavier, the riffs groovier, the synths spacier. But instead of just being a straightforward jump in quality, Ufomammut here made visible their “that something”, that element which made great bands great, and in their case it was the quality of hypnotic enthrallment, what which takes your mindspace much further from just appreciating and enjoying goods music, but takes you on a proper space trip.

Next year’s “Lucifer Songs” could be just considered a short note in the band’s discography. It’s not a fan favourite, being short and mostly filled with ambient drones. But it marks a special point because it was conceived as a visual experiment, being released with a DVD containing accompanying psychedelic videos to the songs. This is significant because Ufomammut always had a strong visual element to their art – their live shows are always accompanied by projected visuals and two members of the band are part of Malleus Rock Art Lab, an art collective which in my humble opinion put out some of the best music-related art and which would become hugely influential in that area.

This was followed by 2008’s “Idolum”, which many rightfully consider their best album. In terms of what Ufomammut did, it was probably best done here. The heaviness was so huge at this point the rhythm was reaching harsh industrial levels of punch, which was certainly helped by the fact that they employed a bunch of influences from noise rock, post-hardcore and of course industrial. The riffwork became very intricate and coupled with synths that were more aggressive than ever, the sound transcended stoner songwriting and just put you in a goddamn spaceship drifting into the perilous cosmic unknown, or that’s at least what it felt like. This was also the moment Ufomammut perfected the art of album composition – it was made to flow from beginning to end, to be a thematically unified whole in the purely musical sense. Few albums are at this level of coherence, and Ufomammut were the masters of it.

This was especially accentuated with the very next record in 2010 – “Eve”, conceived as one single hour-long song. This album marks the beginning of what I would consider the band’s second era – one marked less by riffs and groove and more by atmosphere and ambiance, not unlike in post-metal which was experiencing a boom at that time. Everything was drawn out, songs were longer, riffs were slower, ambiance was more pronounced. Ufomammut’s old style was deconstructed, as well as the semblance of rock music, into something truly alien.

The peak of the second era came with 2012’s twin albums – ORO: Opus Primum and ORO: Opus Alter. These could easily be considered Ufomammut’s most ambitious records. There were more synths that ever, the production was unbearably thick. Any approachability they previously had was gone and these were monstrous records whose density was pretty much take-it-or-leave-it – this wasn’t easy listening. The jury is still out whether Ufomammut accomplished what they wanted, or they took a bigger bite than they could chew, but the spectacle of utter heaviness is undeniable.

The band sought to reinvent themselves once again with 2015’s “Ecate”, commencing what I would call their third era. It was an interesting play on the ORO albums – the heaviness was still there but was stripped of the overly ambitious production of effects and noises and was concentrated on the riffs. This was a collection of repetitive marching, stomping, mid-tempo riffs, the ones bands pull out when they want to make something really heavy, but Ufomammut just made a whole album out of it. Just listen to song “Temple” to see the perfect method of conveying absolute humongousness through riffs.

Finally, their most recent record, “8” was once again something else (and in my humble opinion the best one they put out in years). This was basically Ufomammut on amphetamines, a relatively speaking punk version of their sound. A band that was most comfortable in mid and slow tempoes now spent most of their time in faster ones (comparatively to stoner at least, this was no thrash metal). A lot of the groove that was missing in the preceding records was back, but this time through an incessant barrage of pummelling riffs. If “ORO” was the extreme version of “Eve”, this is the extreme version of “Idolum”. The breakneck pace wasn’t just in the riffs, but on the plan of the whole record. There is barely a moment to catch breath and most songs are mixed as to segue right one into another. Again, if “ORO” was space LSD, “8” is space cocaine (with a dash of LSD).

And thus, we’ve come to special release of this boxset, titled just “XX”. It’s a collection of several songs from their discography reinterpreted in a stripped down, semi-acoustic way, done with clean guitars, a comparatively small amount of effects (they usually pile up heaps upon heaps) and clean vocals (usually they employ a heavily distorted bark). It’s a quite interesting little record because it shows that beneath the insanely thick layers of distortion, effects and synths there is a very strong songwriting base. For this reason I can’t think of a better way to accentuate this (re)collection of all of Ufomammut’s work.

To summarize, this Italian stoner power-trio has a history any band would brag about. They’ve always bristled with creative energy which they put into a style that is still wholly theirs, that no band matched and possibly never could. Probably because they always push it into new places and no two of their records are the same while still retaining that Ufomammut core. What can we conclude from all this. Simple – it’s that you should listen to Ufomammut. Being their dedicated fan is very gratifying, not only because of everything I’ve mentioned but also because of their unforgettable live shows. But that’s a matter for another time. Just go listen to Ufomammut now.