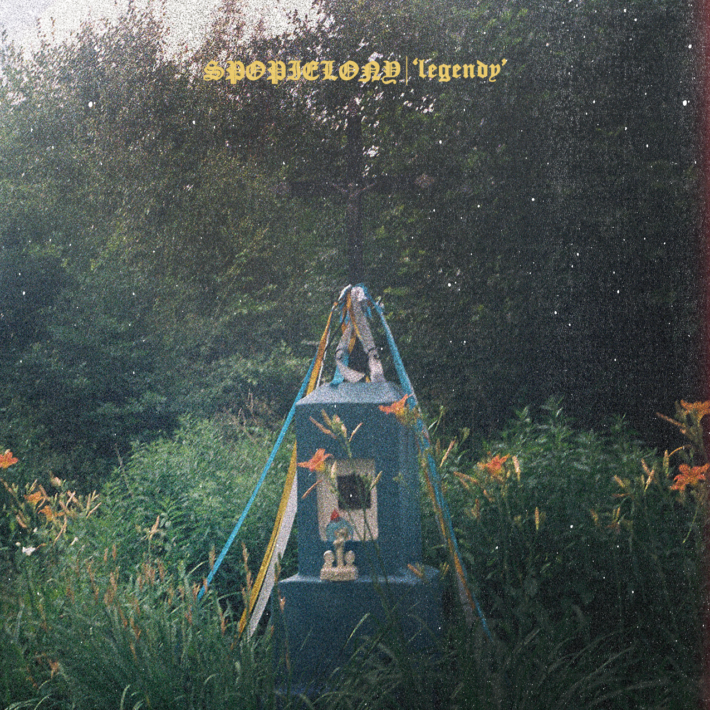 While we mostly write reviews for metal albums (as our website’s name suggests ;P), there are exceptions when a non-metal record pops up on the review calendar. I’m always intrigued by these records, because most of the times it means a label that normally releases metal stuff has taken interest in something from another genre. An example of this is Spopielony’s record Legendy, a synth project from west-central Poland. Even though the music could mainly be classified as dungeon synth, the guy behind Spopielony (incinerated in English) stresses that “the album’s body is not strictly connected with fantasy. There are a lot of cosmic and horror influences, onirism, metaphysics, poetry, and art.” And upon listening to the music, this statement is confirmed. Even though it’s heavily influenced by dungeon synth, there are also passages that could function as a soundtrack to a horror survival game or others as an atmospheric passage of a black metal record. The record was already released on January 26th of this year, but this Friday, July 26th, the album is re-released through Funeral Trance Records.

The first thing that caught my attention when I put on the record was its dreamy atmosphere. When you put it on, it’s like time ceases to exist. Every song has a different feel to it, and the transitions between the soundscapes within these songs are so smooth that before you know it, you’re already at the end of the track. Luckily, there’s nine songs that each have their own ambience and make up about 45 minutes that flow by without you even noticing.

The music can’t really be described, it’s more something that should be experienced. I can imagine that the soundscapes have a different effect on every listener. There are passages that sound melancholic, there’s melodies that evoke hope, soundscapes that feel almost claustrophobic and parts that make you go back to times you didn’t even know existed. And each song might evoke a different feeling for everyone who listens to it. That’s essentially the aspect that sets Legendy aside from the vast majority of synth projects out there. I’ve listened to a lot of (dungeon) synth, and while every record has something characteristic, after a few spins, each record kind of gets old (some more quickly than others ;P). Spopielony’s record, however, I can listen to over and over again and still experience new feelings or moods. The album creates a dimension free for you to explore; wherever you go, no two spins are alike.

In short, Legendy is a beautiful record. It’s a synth project that stays interesting and refreshing, no matter how many times you put it on, you keep experiencing it in a different way. Definitely worth checking out if you like (dungeon) synth, or if you just want to experience something you haven’t experienced before.