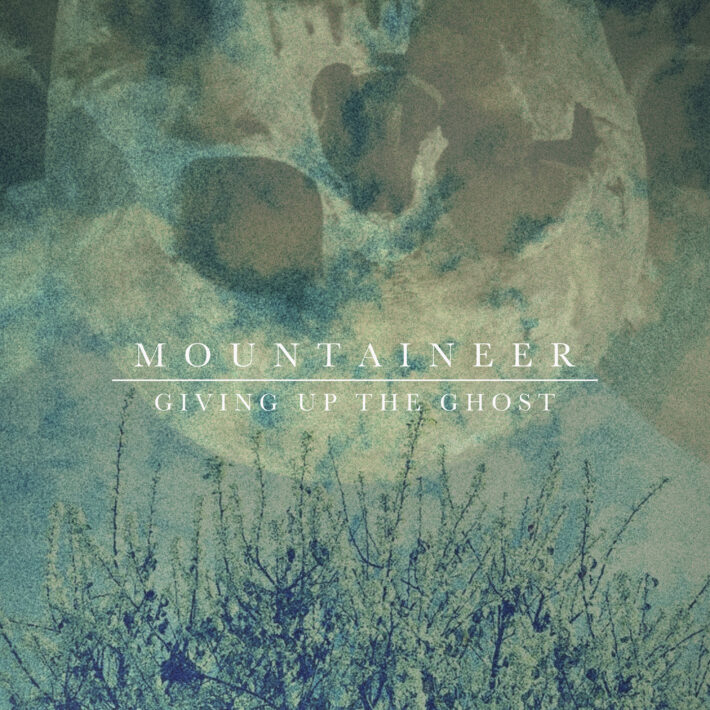 Mountaineer are a six-piece band from the United States, who create a unique blend of doom, sludge, post metal, and shoegaze. Since their foundation in 2015, they’ve already released three impressive full-lengths and one EP. This Tuesday, February 22nd, they release their fourth full-length, titled Giving Up the Ghost. The band has kept refining and evolving their sound, resulting in an album with a refreshing sound, which still fits in with the rest of their discography.

The thing that caught my attention when looking at the track list were the titles of the intro and the outro. The outro is called “Giving Up” and the intro “The Ghost”. This implies that the album has a cyclical nature. And upon listening to the album a few times, it seemed that structurally, the album can even be seen as a palindrome. It’s got seven tracks, of which the first three build up in tension and energy up to the fourth track, which is the most dissonant of the record. After that, each track becomes gradually more harmonious and quiet, right up to the tranquil outro, which, if the album is on repeat, flows perfectly into the intro. This way, Mountaineer takes you along a wave of tension and release, and you can keep spinning the album time after time.

The intro is a short, ambient track, which already gives a foretaste for the atmosphere of the rest of the record. On “Blot Out the Sun,” the clean guitar intro has more tension than the riff from the intro, and together with the clean vocals, the listener is intrigued and drawn into the music. After a while, the band shows the heavier side of their sound. The vocals, which alternate between grunts and clean melodies, create an enchanting atmosphere, and in combination with the headbangable drum rhythm, the listener quickly gets captivated in the music. It’s impressive how Mountaineer can create such a heavy sound without necessarily relying on heavy distortion. Peaceful interludes, in which the guitar melodies sometimes remind of Pink Floyd, get alternated with a unique combination of shoegaze and doom, which give the band’s their recognizable sound.

As mentioned earlier, “Touch the Glass,” the ‘middle’ song on the record, is also its most dissonant track, with regards to the main theme. There’s a short intro, which is quickly followed by energetic doom metal. There’s distress in the vocals as well as in the guitar riffs. After a few minutes, though, a different feeling is evoked: clean guitars and melodic vocals create a feeling of rejoice that heralds the release of tension that will take place on the rest of the record. The following three songs mirror the first half of the album in terms of dissonance, energy, and the overall atmosphere.

Each track has a few riffs and melodies, both on the guitars as well as in the vocals, that are easily recognizable, so that even when listening to the record for the first time, you can sing or hum along with the music. Furthermore, there’s a lot of double-layered vocals on Giving Up the Ghost. Sometimes, two clean vocal melodies are combined, creating beautiful harmonies, and sometimes, grunts and melodic vocals are layered, giving the vocal aspect of the music an interesting dimension.

In conclusion, Giving Up the Ghost is yet another impressive record in Mountaineer’s solid discography. The refreshing blend of musical genres, resulting in what could be called some sort of ‘doomgaze,’ gives the band a unique sound. They aptly balance between harsh passages and clean and harmonic ones, and they create recognizable and captivating melodies. Although the album has just over half an hour of playing time, its cyclical nature makes it work really well on repeat, so that you can enjoy the music for countless hours. For whoever likes to listen to enchanting, uplifting, and diverse music, this album is highly recommended.